Does This Photograph Show a Deer with Tumors Caused by Monsanto's Roundup?

Cutaneous fibromas (warts) occur among white-tailed deer due to a phenomenon caused by a virus, not environmental hazards. 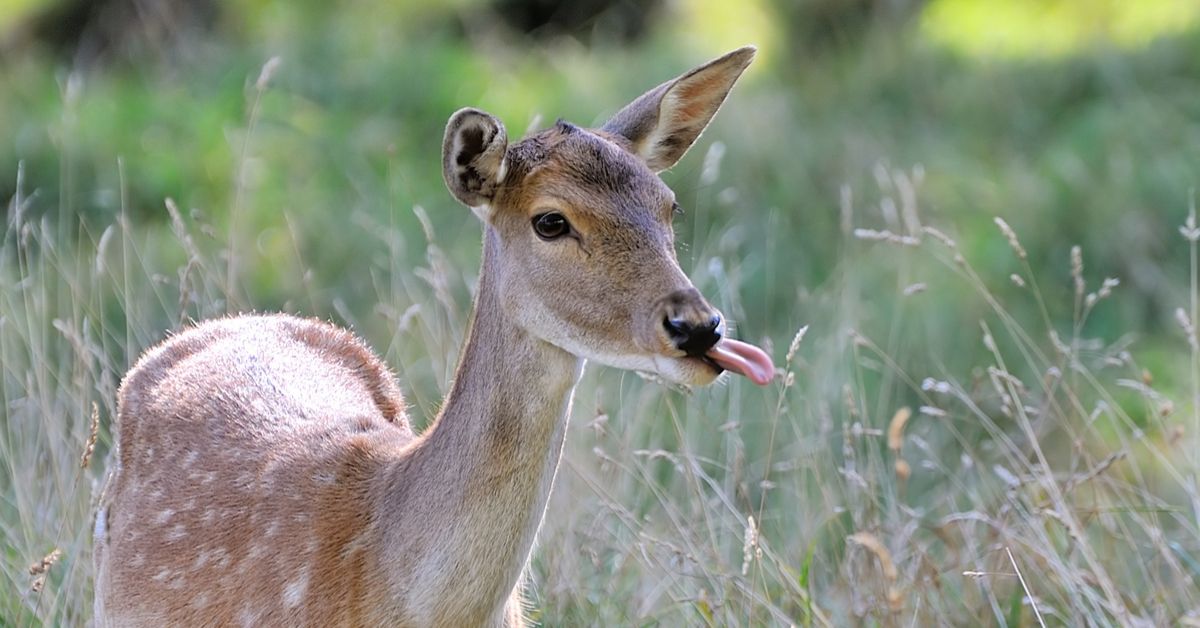 A Facebook post in October 2018 featuring an afflicted animal was described as picturing "A deer that became riddled with tumors from eating plants sprayed with Monsanto's Roundup" brand of herbicide: The backstory to that image was similar to an incident from several years earlier, when the northeastern Pennsylvania village of Dimock Township made the news in January 2012 as an area of controversy over how much environmental impact the process of fracking (hydraulic fracturing) for extracting natural gas might be having on the local water supply:

Dimock, in a busy drilling area above the gas-rich Marcellus shale deposit, has become the center of a national debate over the natural gas extraction technique called fracking, which involves pumping millions of gallons of chemical-laced water into shale rock deep below the ground.

Fracking has unlocked decades of U.S. natural gas supply, but environmentalists say it contaminates water supplies. Energy companies have said fracking, which is being done across the country, poses no threat to drinking water.

Cabot [Oil & Gas] Corpspokesman George Stark said the company has tested and sampled water from more than 2,000 wells in the area over the past several years and does not have data showing drilling is the cause of "alleged health concerns purported by the EPA."

This controversy prompted the circulation of a photograph which supposedly tied the fracking activities in Dimock to the discovery of a "cancerous" deer in that area:

A friend "shared" this photo on Facebook. It was accompanied by the following text:

Cancerous deer shot in Dimock PA. Lived near a stream where fracturing water had been said to be leaking. Is fracking really "safe" for us? EPA's testing of water in Dimock found several carcinogenic and neurotoxic drilling chemicals such as arsenic, barium, ethylene glycol and manganese. However, that image had nothing to do with Dimock or fracking, just as the picture at the head of this page has nothing to do with Roundup. These photographs document cutaneous fibromas (warts) that occur among white-tailed deer and are a phenomenon caused by a virus and not environmental hazards, as described by the Mississippi Department of Wildlife, Fisheries, and Parks (MDWFP):

Cutaneous fibromas, more commonly called deer warts by hunters, are occasionally observed on harvested deer. The fibromas are pealing, especially when they appear in large numbers. "Grotesque" is a common description of these harmless skin blemishes. The fibromas are found in deer herds from a majority of states in the nation. As a result, they are considered to exist in the entirety of the white-tailed deer range.

According to Diseases and Parasites of the White-tailed Deer, published by the Tall Timbers Research Station, R. F. Shope was the first wildlife investigator to actually find the specific virus. Shope was also the first researcher who experimentally infected deer with the viral agent. He found that the fibromas normally appeared at about 7 weeks after inoculation and that they began to regress after 2 months in most deer. Because of his work with infectious cutaneous fibromas, a commonly accepted name for the growths is Shope's fibroma.

Fibromas are caused by a virus which is thought to be transmitted by various biting insects. However, another possible means of transmission of the viral agent is direct contact through any assortment of contaminated objects which may scratch or penetrate the skin of the deer.

The Buck Manager website offers similar information about the phenomenon:

A deer hunter never expects to see giant warts or tumor-like growths on a white-tailed deer, but they do occur. Over the years I've seen many of photos of both live and harvested deer with "tumors," although I've never seen one while in the field. The technical term for these growths is cutaneous fibroma and it's caused by a virus. From a deer management perspective, there is not much you can do to keep wild deer from getting fibroma.

Cutaneous fibromas (warts) are caused by a naturally occurring virus of the deer's skin. The virus that causes these unsightly warts in deer is believed to be transmitted through biting insects and/or direct contact with damaged skin. Once the virus enters the skin, warts begin to form. As the warts increase in size, the skin surrounding them is typically hairless and grayish in color. The number of warts on an infected animal can vary from one to several hundred, they can sometimes clump, and can in some cases end up covering much of the deer's body.

The take home message today is that warts occur naturally in white-tailed deer populations. Fibromasts can occur on any deer, healthy or otherwise. With that said, they occur rather rarely and there is nothing that can be done from a deer management standpoint. Deer are the only host for the virus, so fear not for yourself should you find yourself standing over an infected animal.