A doctored photograph replaced a giant catfish with an image of a "record-breaking" shrimp. 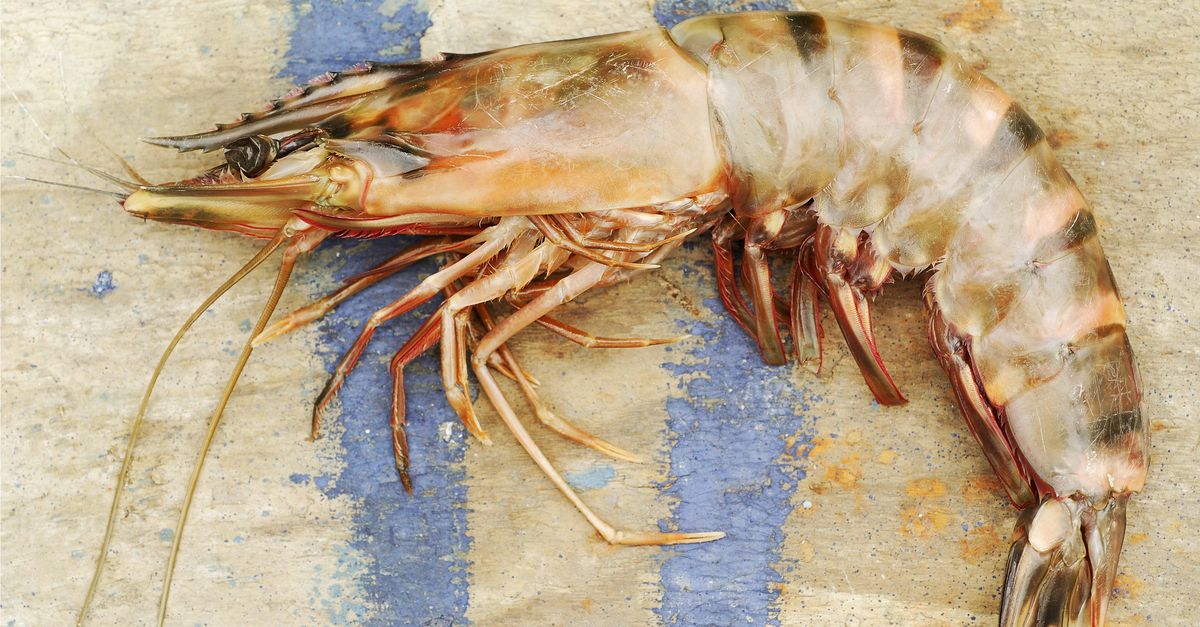 A photograph purportedly showing a giant 320-pound shrimp first appeared in a fake news article published by World News Daily Report, and has been appearing regularly as fact since: Two men from the Canadian Atlantic Coast made an astonishing catch while fishing near the confluence of the Matane River and the St. Lawrence River. The fishermen captured a northern prawn measuring over 2.80 meters (9 ft) long and weighing more than 145 kilograms (319 lbs), the biggest crustacean of this type to have ever have been caught.

The image, like the story it accompanies, is fake. The original photograph shows a Wels catfish that fishing guides Stefan Seuß and Benjamin Gründer caught in Italy's River Po in 2013. The Team Black Cat fishing products web site did not mention the catfish's weight, but did say that the fisherman hauled in three Wels catfish on the trip that ranged from about 7.5 to 7.6 feet:

With snowstorms and sub zero temperatures to contend with and very low water temperatures which continually iced up the rods, the fishing was never going to be prolific.

However, they proved that the species can be caught year round by tempting nine wels catfish in seven days using deadbaits, including giants of 228cm, 233cm and 234cm in length.

Unnervingly large shrimp have been caught by fishermen in the past (such as this Mantis shrimp, complete with independently moving eyes, found in Florida waters in 2014), but to our knowledge, one measuring more than nine feet from tip to tail does not exist.