The Supreme Court of Canada ruled that the country's current legal definition of bestiality only bans penetrative sexual acts with animals, but it didn't legalize any other similar activities. 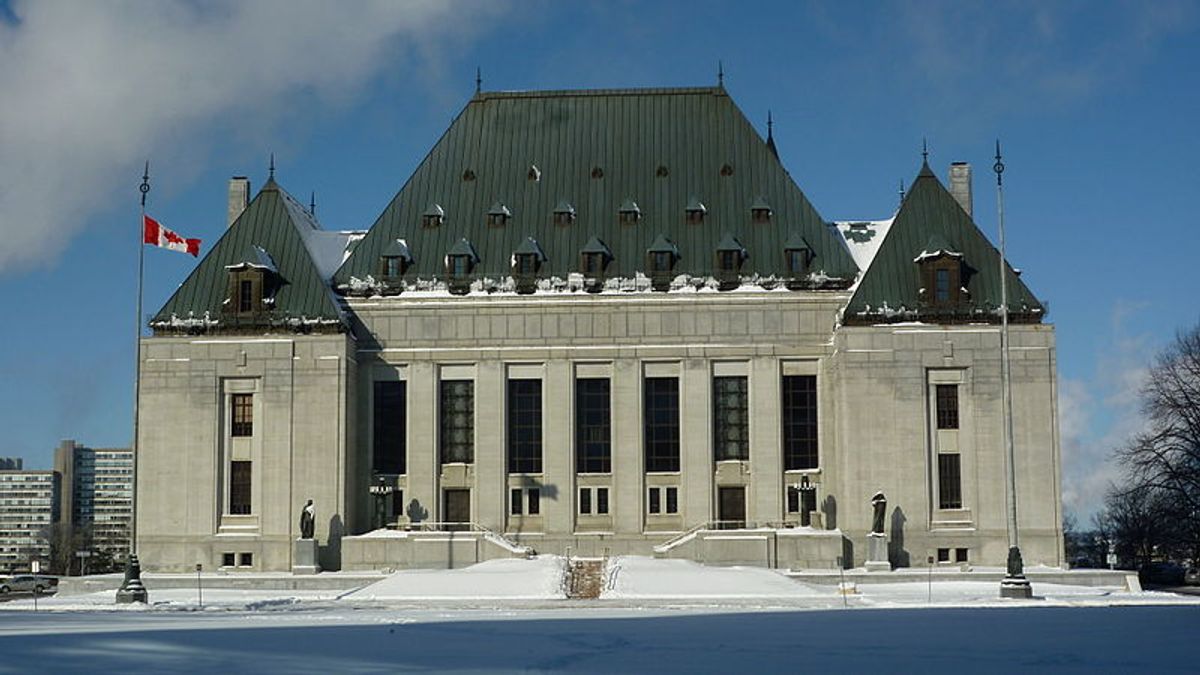 Canada's Supreme Court ruled that the current definition of bestiality technically only included penetrative acts between humans and non-human animals.

Canada did not pass a new law legalizing oral sex with non-human animals.

On 9 June 2016, Canada's Supreme Court ruled that the language of the country's current bestiality laws technically only banned sexual acts between human and non-human animals that involved penetration:

Supreme Court judges ruled 6-1 in favor of a man from British Columbia in western Canada convicted for sexual assault and bestiality after he involved the family dog in the abuse of his two stepdaughters.

The man, known only by the initials "D.L.W." to protect his stepdaughters' identity, successfully appealed his bestiality conviction in a provincial court, arguing that according to the law, the offense of bestiality requires penetration, which his actions did not involve.

Justice Thomas Cromwell, writing for all concurring judges, said in the decision that penetration has always been required to secure bestiality convictions and courts do not have the power to rule otherwise.

Shortly after the ruling was issued, several web sites reported that Canada had legalized oral sex with animals. The country, however, did not issue any new laws regarding bestiality, nor did they change any existing laws. The Supreme Court based their ruling on the legal definition of bestiality already in its criminal code:

Applying the principles that guide statutory interpretation leads to the conclusion in this case that the term bestiality has a well‑established legal meaning and refers to sexual intercourse between a human and an animal. Penetration has always been understood to be an essential element of bestiality. Parliament adopted that term without adding a definition of it and the legislative history and evolution of the relevant provisions show no intent to depart from the well‑understood legal meaning of the term. Moreover, the courts should not, by development of the common law, broaden the scope of liability for the offence of bestiality. Any expansion of criminal liability for this offence is within Parliament’s exclusive domain.

In this case, the term bestiality did have a clear legal meaning when Parliament used that term without further definition in the English version of the 1955 Criminal Code. Bestiality meant buggery with an animal and required penetration. It was clear that to secure a conviction, the prosecution had to prove that penetration of an animal, or, in the case of women, penetration by an animal, had occurred. This was the state of the law when the Offences Against the Person Act, 1861 was enacted in England. The offence in substantially the same form was carried over into the first English version of the Canadian Criminal Code in 1892 and continued to be in force until the offence called bestiality was introduced into the English version of the Code in the 1955 revisions.

However, this bill may not stand for much longer.  Legislation that would redefine bestiality to include all inter-species sexual activity was introduced to Parliament, but as of June 2016, remains in its early stages. Camille Labchuk, executive director of the Animal Justice group, urged lawmakers to quickly pass the bill:

"People who sexually abuse animals are sometimes linked to sexually abusing children as well, as the accused did in this case," [Labchuk] said. "That's a really good reason parliament needs to act."

Whether or not the bill passes, bestiality has not been legalized in Canada, and it's extremely unlikely that it will ever be.