Can This Stone Dissolve Iron?

A viral video claims to document a mysterious and unexplained phenomenon, but in reality it shows a neat science experiment. 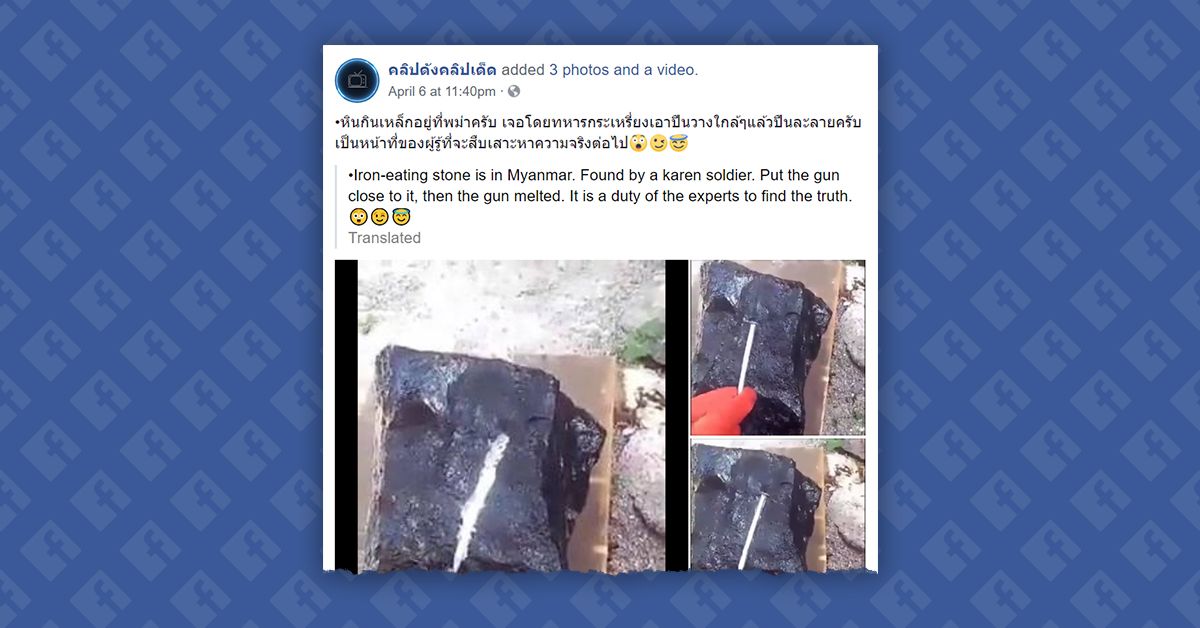 On 6 April 2018, a video purporting to show a nail dissolving nearly immediately upon contact with a black stone went viral, with one version of the post already racking up nearly 8 million views in four days. That post makes the claim that the rock shown was first discovered by soldiers who found that placing their guns near the stone caused them to melt, suggesting that the truth about this mysterious stone needed to be unearthed:

This is a highly dubious narrative for several reasons. Liquid iron or steel (the iron-based metal most commonly used to make nails) would be molten red if it were in liquid form, not bright silver as in the video, for one thing. In addition to the immutable laws of physical chemistry, claims that this rock is dissolving a typical nail are dubious, as well, because the video is showing a fairly obvious science parlor trick.

The metal used here is almost certainly gallium, which is solid at room temperature, but melts at around 85.6ºF (29.8ºC). A black stone sitting in the sun could easily reach this temperature and cause the gallium to liquify. Further, making gallium nails is both easy to do, and something for which there are directions on the internet. This YouTube video, for example, shows an experiment in which a person creates a gallium nail and hammers it into a piece of wood — before melting the nail away with a hair dryer.

The conclusion that the Facebook video shows a gallium nail dissolving is further supported by the fact that the person handling the nail in the viral video is using a latex glove — a protective measure both because the heat of someone’s hand would melt the gallium fairly quickly, and because gallium, while generally safe, can irritate the skin upon contact.

For these reasons we rank the claim that the video shows a traditional nail being melted or dissolved by a rock as false. The video most likely shows a gallium nail crafted specifically for the purpose of showing a science experiment.