Can Some Horses Grow Mustaches?

Some hirsute equines can indeed grow mustaches; in this case, the dapper pictures do not lie. 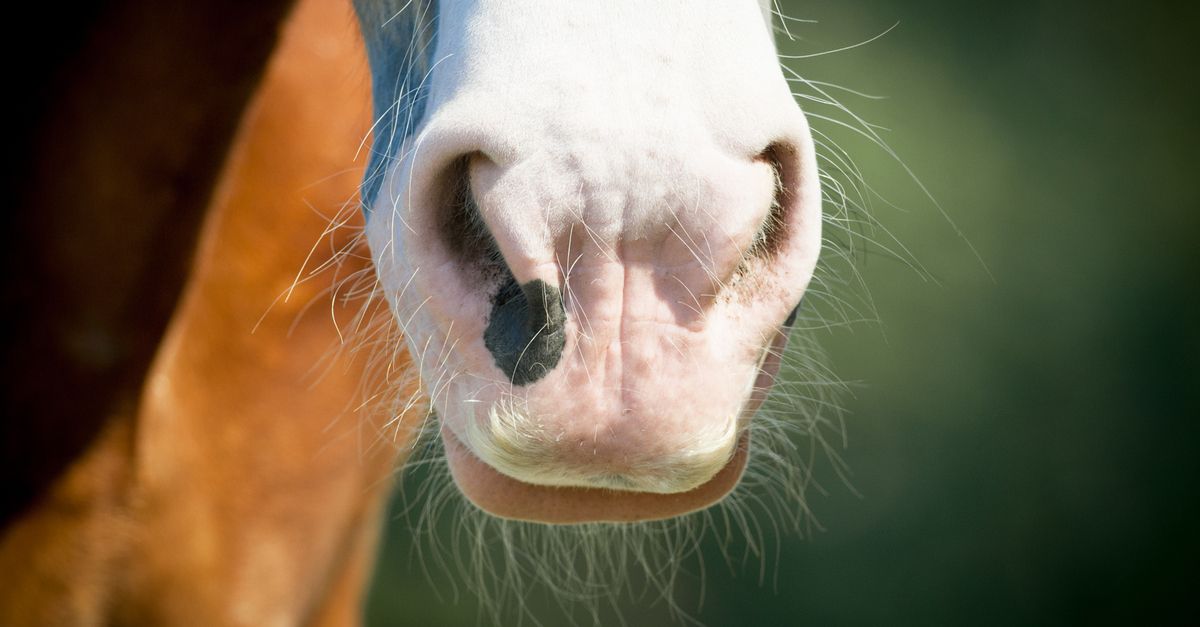 In a welcome respite from the unyielding onslaught of heavy 2017 news stories, Bored Panda — a web site dedicated mostly to stories about interesting and adorable animals — posted a story with the title "If You Ever Feel Sad, Just Remember That Horses Can Grow Moustaches". The intriguingly titled post, which first hit Facebook on 26 September 2017, contains the photos of a number of mustachioed equines and this claim of their origins:

Did you know that some horses can grow a mustache? More common in certain breeds such as the Gypsy Vanner, which is known for its luxurious mane and hair around its lower legs, it can occur to any horse that carries the right gene, male or female.

While we have uncovered no evidence that a specific equine mustache gene has been identified (we have reached out to multiple experts in horse genetics for clarification on this point), it is absolutely factual that Gypsy Vanner horses can, in some but not all cases, grow mustaches.

This trait is not limited to that breed of horse, however. Horse picture number eight on the Bored Panda post is actually a low-key horse celebrity named Alfie, who the Daily Mail once claimed had the longest horse mustache of all. This horse is a Shire mix, not a Gypsy Vanner.

According to the Gypsy Vanner Horse Society, that breed's origin is a mélange of Shires, Clydesdales, and and British Pony genetics:

The genetic origins of the breed include the Shire, the Clydesdale, and the native British ponies such as the Dales. [...] The first characteristic often noticed is the abundance of feather flowing from behind the knees and hocks, as well as the long free flowing mane and tail.

Many of these breeds, on their own or in a mix, are also capable of mustache growth. As such, we cannot say neigh, and we rank the claim that mustachioed horses exist as true.

Daily Mail.   "Ahead by a Whisker: Stubborn Stallion Alfie Is Britain's Most Moustachioed Horse... After Refusing Trim for Five Years."     5 August 2017.