Can the 'FireChat' App Send Messages Without an Internet Connection?

The app works as advertised, but it does have some distance limitations. 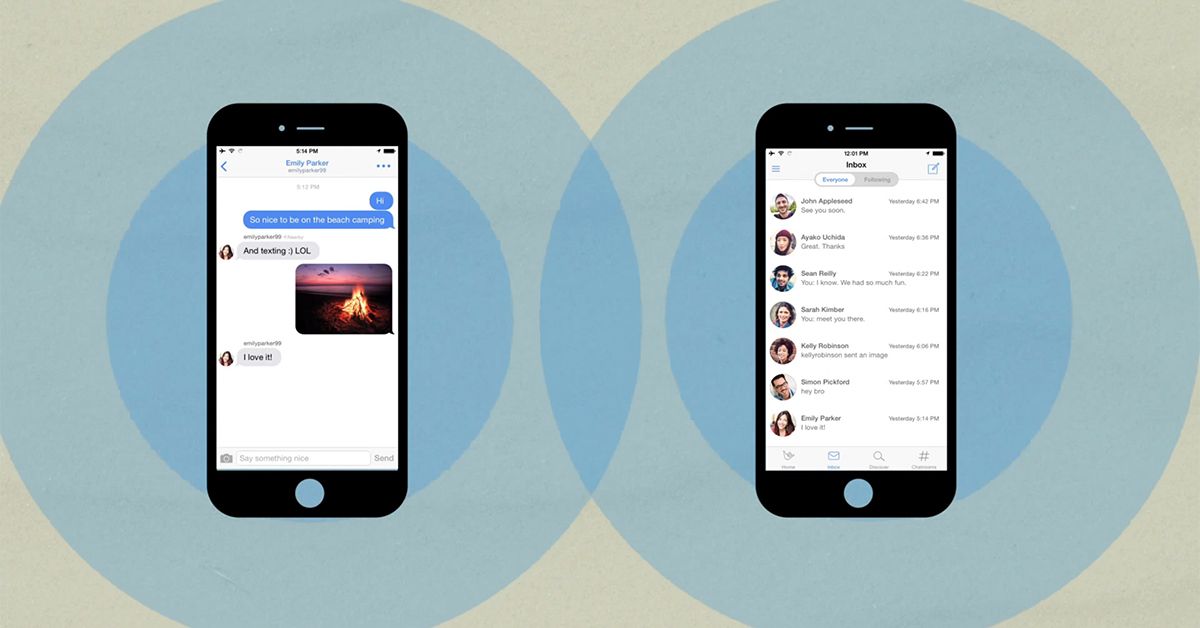 Claim:
The FireChat app can send messages without any connection to the Internet.
Rating:

As a series of hurricanes made landfall in August and September 2017, those living in the affected areas have been searching for a communication tool that would enable them to send messages in the event of a service outage.

An app called "FireChat" is one of the most widely suggested tools, due to its purported ability to send messages without an internet connection: FireChat truly does work without an internet connection. However, it also has some limitations. The app's web site indicates that it uses Bluetooth or peer-to-peer Wi-Fi to send messages between phones that are less than 70 meters (or about 210 feet) apart. If multiple Firechat users are in the same area, a chain of phones can be created to send messages longer distances:

​When no Internet connection or cellular networks are available, FireChat uses the radios inside our phones to connect them directly with one another. In that case (which is also called "offline" or “off-the-grid”), messages will travel up to 70 meters (210 feet) from one phone to the next.

​If there are more than two devices, they will form a network and messages will bounce from one device to the next, thus extending the range of the network. The more people use FireChat, the better the network gets for everybody. This is why FireChat works really well for very large groups of people.

In other words, FireChat wouldn't be able to send a text message from Miami, Florida to Seattle, Washington (a distance of more than 3,000 miles) unless an unbroken chain of tens of thousands of FireChat users spanned that distance. However, it can be used to send messages within a community of FireChat users without the Internet:

What's unique about FireChat is that it also works when there is no Internet connection or cellular phone coverage. It even works on a plane. When your community gets together, it creates your own free communication network and doesn’t rely on traditional networks.

You don't have to do anything special: just keep FireChat on your smartphone and keep Bluetooth and WiFi on (yes, even if there is no Internet access). This is game-changing since you can create local communication networks at zero cost and also stay connected during sports games, rallies, music festivals, and in emergency situations.

The MIT Technology Review explained more about how the app works in an article that was published shortly after FireChat's initial release in 2014:

FireChat makes use of a feature Apple introduced in the latest version of its iOS mobile software, iOS7, called multipeer connectivity. This feature allows phones to connect to one another directly using Bluetooth or Wi-Fi as an alternative to the Internet. If you’re using FireChat, its “nearby” chat room lets you exchange messages with other users within 100 feet without sending data via your cellular provider.

Micha Benoliel, CEO and cofounder of startup Open Garden, which made FireChat, says the app shows how smartphones can be set free from cellular networks. He hopes to enable many more Internet-optional apps with the upcoming release of software tools that will help developers build FireChat-style apps for iPhone, or for Android, Mac, and Windows devices. “This approach is very interesting for multiplayer gaming and all kinds of communication apps,” says Benoliel.

Christophe Daligault, the vice president of sales and marketing for the app, told NPR that it works on a "mesh" network:

Mesh networks can be used to set up temporary networks in disaster zones, and even to spread the Internet to remote areas beyond the reach of existing wireless networks and cables. That's the technology that Google and Facebook are counting on for their plans of spreading the Internet across the globe with balloons and drones.

"Once you build a mesh network ... now you have a network that is resilient, self-healing, cannot be controlled by any central organization, cannot be shut down and is always working," Daligault says. "I think that solves many other drawbacks or challenges of the mobile broadband Internet today."

He says none of this would be possible without the rapid spread of smartphones, because that means no extra hardware is needed.

"Each [phone] becomes a router and in a sense you're growing the Internet — everyone who joins the mesh network creates an extension of the Internet," Daligault says. "In a year or two from now, I think people won't even remember that you had to be on Wi-Fi or get a cell signal to be able to communicate."

The FireChat app can send messages without Internet service as stated. However, the app does some have limitations. Potential users, especially those searching for an emergency communication tool to use during a natural disaster, should visit the FireChat home page to make sure that they understand how the app works:


The messaging app Zello was also widely suggested for emergency communications in September 2017. Although there are several benefits to that particular app during an emergency (it is billed as a "walkie-talkie" app), Zello does not work without the internet.