Bird Watchers Call Each Other

Bird watchers call to each other, thinking they're attracting a rare bird. 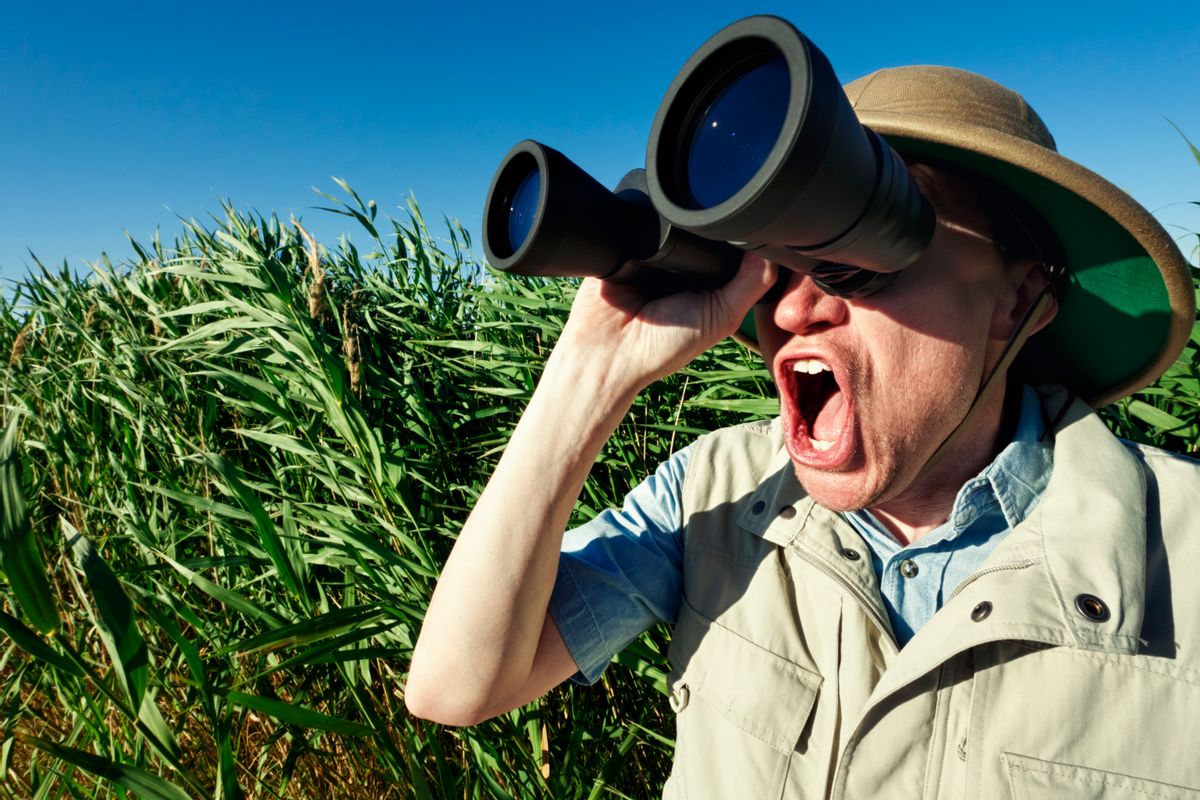 Photo of a bird watcher standing in tall grass, looking through binoculars with an amazed expression. (Image Via jhorrocks/Getty Images)

Claim:
Avid bird watcher who returns the call of a rare bird finds he's been exchanging warbles with another bird watcher.
Rating:

The story about the avid birdwatchers who call to each other has been part of contemporary lore at least since the 1950s.

Moisture dripped from the eucalyptus trees, the skies were gray, the ground was damp where 15 college students crouched, their attention focused on a young man who, at regular intervals, was giving the plaintive hoot of an owl. Presently there came a distant answering hoot, and the bird-study class from one of our large western universities moved cautiously, stopped, and their instructor hooted again.

For some 20 minutes the hooting and creeping forward continued while the answering hoots grew louder and louder. Quietly the class rounded a small hill. Instead of sighting their quarry they came upon a young man, hooting mournfully. Behind him stood another group of cold, damp, eager students.

Lest one think the story's intent is to slam birdwatchers (who are sometimes perceived as nerdy and thus as valid targets for ribbing), it should be pointed out the tale has been told about other critters.

In Los Angeles, Matt Weinstock tells about a lady who loves cats who was dining with her husband in her apartment on night when she fancied she heard a cat meowing a floor or two away. "I'll bet that pussy is lonely," she remarked to her husband, and playfully meowed back.

To her surprise, the cat answered her! She repeated her meow, this time putting extra feeling into her performance, and there then ensued the darndest cat conversation ever heard in the neighborhood. It continued for a full half hour, while the husband marveled.

The next day her triumph was deflated when a neighbor dropped down to borrow some sugar. "The funniest thing happened last night," said the neighbor. "I meowed at a cat and he meowed back -- and we must have kept it up for forty minutes!"

Sightings:   We're told this legend about one birdwatcher calling to another plays out in the 1969 Don Knotts film, The Love God?