Did the call girl sent to a man's room turn out to be his daughter? 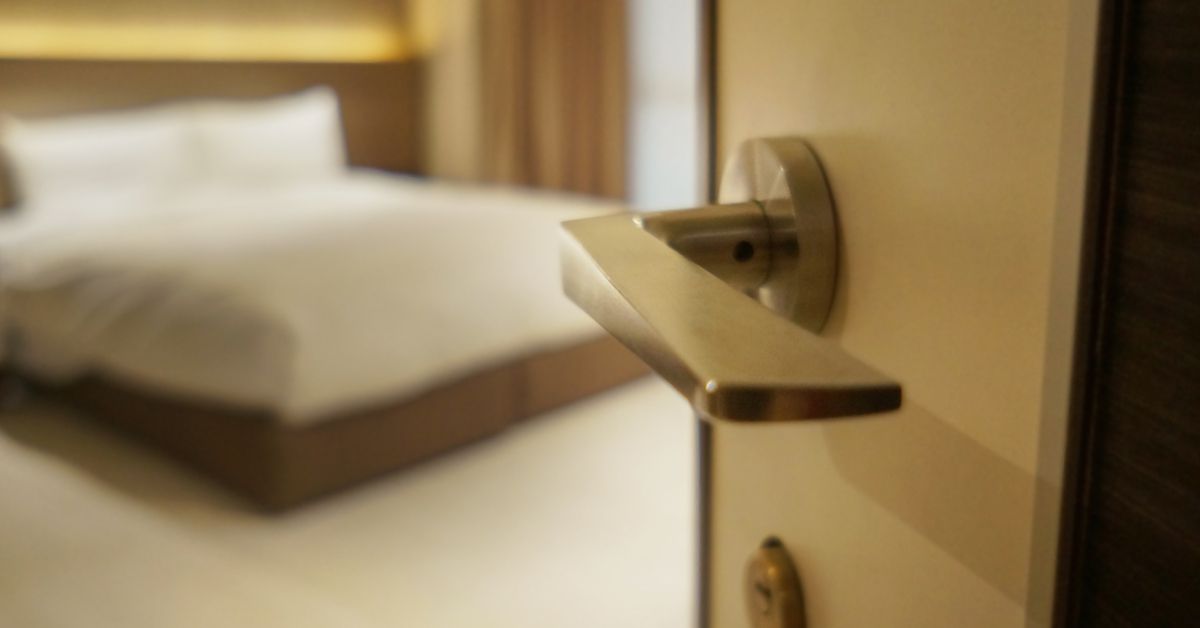 Claim:
The hooker sent to a john's room turns out to be his daughter.
Rating:

[Collected on the Internet, 1995]A man travels to St. John's Newfoundland on business from another part of the province. He checks into the Holiday Inn and arranges with the desk clerk to have a hooker sent to his room. A few minutes later, a knock comes on his door, and he opens it to find his own daughter, who was a student at the local university. (Presumably, she found her allowance to be insufficient, probably due to the fact that her father was spending all his money on hookers.)

An Israeli couple are preparing to divorce after the man summoned a prostitute to his hotel room only to discover she was his daughter.

As the prostitute entered the room, the full horror for him of discovering his daughter's occupation hit him. The father began feeling chest pains which may have been a mild heart attack.

Variations:   In another version of this tale, an unsuspecting father stops by his daughter's college unannounced. His knock is answered by her roommate, a new girl who fails to recognize him. His "I'm here to see Sherry" introduction is greeted with the news that his little girl is with another client at the moment; would he care to patronize someone else in the establishment?

Origins:   A reader in West Virginia reports hearing this tale told as a true story in the 1950s. In that telling, a little girl is "tricked into a bad house by the lady who ran the place. The child is distraught at being locked in and is really happy when 'daddy' comes to rescue her. The tag line is either, 'Oh, Daddy, I'm so glad to see you!' or 'Daddy, what are you doing here?'"

Yet the plot device of the prostitute daughter encountering her father professionally is far older. In the 1921 Luigi Pirandello play Six Characters in Search of an Author, the first client of a girl who has been persuaded to enter a life of vice to help support the family is her estranged step-father.

This tale turns on the discovery of a daughter's descent into a life of vice. Whether the father means to be a client or is mistaken for one, the shock value of the moment is concentrated on the daughter — that daddy may be dabbling in call girls passes unremarked upon. (The element of sexual pharisaism involving a father and daughter turns up again in legends such as The Sheriff's Daughter and Jen's Embarrassment.)

This legend has turned up in the news as recently as October 2002, when the Israeli newspaper Ma'ariv reported that a Haifa businessman sent to a training course at the resort of Eilat summoned a call girl to his hotel room, only to find that the young lady who responded to his call was his daughter. The incident reportedly shocked the man into a possible heart attack and prompted his wife to seek a divorce.

Sightings:   One of the many bizarre plot twists in TV's Twin Peaks had Audrey Horne (Sherilyn Fenn) working undercover as a prostitute at a local casino-brothel. The owner insisted upon personally trying out each new girl, a situation that brought Audrey face to face with her father. ("The Last Evening," original air date: 24 May 1990.) The plot of the 1996 TV film The Ultimate Lie was also based on this legend.