Did a California Teacher Call Military Members 'the Lowest of Our Low'?

Gregory Salcido, who is also a City Council member in Pico Rivera, was caught on video making a series of controversial remarks about the armed services. 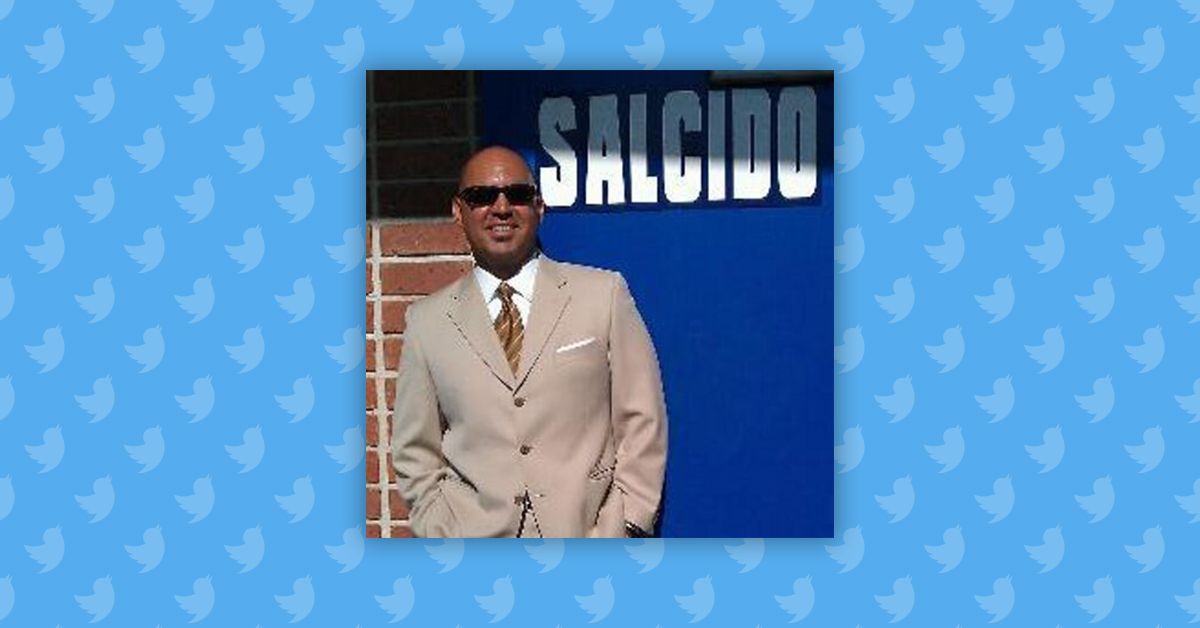 Claim:
California schoolteacher Gregory Salcido called members of the United States military "the lowest of our low" during a classroom discussion.
Rating:

On 26 January 2018, a Connecticut woman posted video to her Facebook page that was apparently video from a hidden camera showing California high school teacher Gregory Salcido talking pejoratively about the U.S. military:

Flauto, a family friend of the student who shot the footage, asked Facebook friends to "make this go viral" —and they heeded her request. The videos have been viewed millions of times and shared thousands of times. Salcido's comments captured headlines in local and national publications and were blasted by right-wing outlets.

Salcido is both a long-time teacher at El Rancho High School and a city councilman in Pico Rivera, a working-class city of roughly 63,000 in southeast Los Angeles County. When we contacted him, he declined to comment.

In the videos, which were secretly recorded by senior Victor Quinonez, Salcido's comments were often met with students' laughter. He criticizes military recruitment on the high school's campus and derides the glorification of the military, saying statements made by United States President Donald Trump about the its greatness are overblown. In the quote that drew the most outrage, Salcido said:

We got all our freaking night vision goggles, all that kind of stuff, and we can't freaking control these dudes wearing freaking robes and chanclas. Because we got a bunch of dumb shits over there. Think about the people who you know who are over there, your freaking stupid Uncle Louie or whoever, they're dumb shits. They're not like high-level thinkers, they're not academic people, they're not intellectual people. They're the freaking lowest of our low. Not morally. I'm not saying they make bad moral decisions. They're not talented people.

How come when you go to like the Rose Bowl, Rose Parade, Dodger opening day, why after the national anthem do we have a killing machine fly over the freaking stadium? You know the stealth bomber's out there and everyone's like, "Yeah that's what we kill people with!" Like why would that be something we celebrate? I don't get it. Anyway, you better not freaking go.

The comments drew a rather intense round of what has become a familiar pattern of viral Internet outrage and backlash. In response to the controversy, Salcido has been officially admonished by the Pico Rivera City Council and stripped of his committee assignments. He has been placed on leave by the El Rancho Unified School District while the incident is under scrutiny. Even the United States Department of Defense has weighed in, calling Salcido's comments "uninformed."

Salcido told the Los Angeles Times he was receiving "vulgar and violent threats" directed against himself and his family.

Pico Rivera is a tight-knit, primarily Latino suburb that has a strong tradition of honoring veterans and a large military-serving community, with two Veterans of Foreign Wars posts and two American Legion auxiliaries, said Mayor Gustavo Camacho. Speaking by phone, Camacho told us:

If you have an opinion about recruitment or a particular college recruiter, why don’t we tell our kids, "These are our options. I think this is a better option and let me help you get there," rather than saying they're dumb shits. I and my fellow council members strongly disagree with Mr. Salcido's statements and viewpoints. Frankly we denounce those statements.

But Trinity College sociology professor and U.S. Army veteran Johnny Eric Williams said although Salcido's comments were delivered clumsily, the teacher shouldn't be formally punished for making them, calling the response troubling and overblown. Williams himself was the subject of a separate Internet outrage storm in June 2017, when a post on his personal Facebook page intended to criticize structural racism and white supremacy went viral after right-wing web sites interpreted it as racist toward white people. Williams, who is African-American, received death threats and told us that he continues to get them to this day. He added:

The classroom is your social space where people can say things they wouldn’t say normally out of the classroom setting so they can seriously interrogate it. It sounds like he was trying to provoke the kids to think about why a student would wear a Marines shirt without thinking about what the Marines do. Clearly it didn’t come across well, but it’s a classroom setting. He’s not doing a major speech, he’s trying to get kids to think about what the role of the military is. It’s not simply to protect freedom, as they say generically. The question is, freedom to do what and whose freedoms? That’s the question that should be asked.

Why would a kid record a teacher like that in the first place without him knowing? I think that’s a level of cowardice and of unwillingness to participate that is unfathomable to me. It was done with malice. All education is about integrating people into what it means to be an American. One of the most important things is to be someone who questions, who thinks critically and dissents. That’s the most patriotic thing someone can do.

Williams told us that as a veteran, he found Salcido's comments about the intelligence of service members to be unfounded and an excellent example of intellectual elitism:

What happens is the U.S. military is the last option for folks in rural and poverty-stricken areas. There’s no other opportunity for them. But the idea that these folks are not smart, I don’t agree with that at all. That’s how I got through college. I had to do it because I didn’t have money. That’s why you have a voluntary army, because these people have nothing else they can do. Then they go and die while the kids with money go to college and don’t even think about the fact that we’re in eternal war.

Nevertheless, Williams cautioned that lacking the freedom to criticize the military is akin to fascism. He added:

At this historical moment in time, people are more interested in how something is said, rather than what is said and what it means.

Quinonez told local news station KTLA he recorded Salcido because he wants to join the Marine Corps and was tired of the teacher's negative commentary on the military.

Pico Rivera is a thriving community with a growing economy, but it's no stranger to cut-throat politics and controversy — and neither is Salcido. However, much of the controversy in the city's past has been contained to the local level. In 2010, he ignited debate when he took the helm in the city's rotating mayoral position, then removed a Bible from the Council chamber's dais and put a halt to invocation, saying it was unconstitutional.

He was also placed on administrative leave by the school district that year after admonishing a student to be quiet by saying, "Shut up, Kelly, before I kill you." Salcido said at the time the comment was purposefully over-the-top and intended in jest. The child's parent, Gerald Kelly, said he was angry because Salcido was talking about marriage equality for LGBTQ people, criticizing organized religion, and (again) speaking critically of the military in class:

This is the mayor and he’s out here destroying these kids’ minds. Why allow him to lead this city when he stands for non-religious beliefs and that it’s OK to be against the Bible, [says it’s OK to be] homosexual and defames people in the military?

Salcido has clashed with his peers on the city council in the past as well, often as their vocal critic amid allegations of public corruption.

Although Salcido has faced widespread criticism for his remarks, he has historically been a popular teacher with students. Some of his current and former students have come to his defense, averring that the teacher also promised to fully support a student if he decided to join the military in spite of Salcido's discouragement. (This purported gesture of reassurance was not shown in the videos.)

One of Salcido's current students, a senior at El Rancho High School, spoke to us anonymously. (We have verified the student's identity.) That student described Salcido as a teacher who "cares greatly about his students' success" but deliberately provokes debate in his classes and encourages his students to have "deep conversations." The student also told us that Salcido "sometimes has a very sarcastic sense of humor, and sometimes it may be taken the wrong way," but offered the opinion that the teacher was expressing his "genuine beliefs" in the video clips:

Not a lot of teachers can keep their students captivated as much as he can. He really is one of a kind. He likes to get us thinking and he genuinely cares about what the students think... He's one of those guys that you would be happy to see every day and a person to always make you laugh.

On 20 March 2018, the El Rancho Unified School District Board voted to terminate Salcido's employment as a teacher at El Rancho High School. As reported by the Whittier Daily News, Salcido has one month in which he can appeal the decision, during which time he will remain on unpaid leave.