Nobody other than junk news sites is saying that California should use "gay pornography" in elementary schools to teach children about LGBT sex. 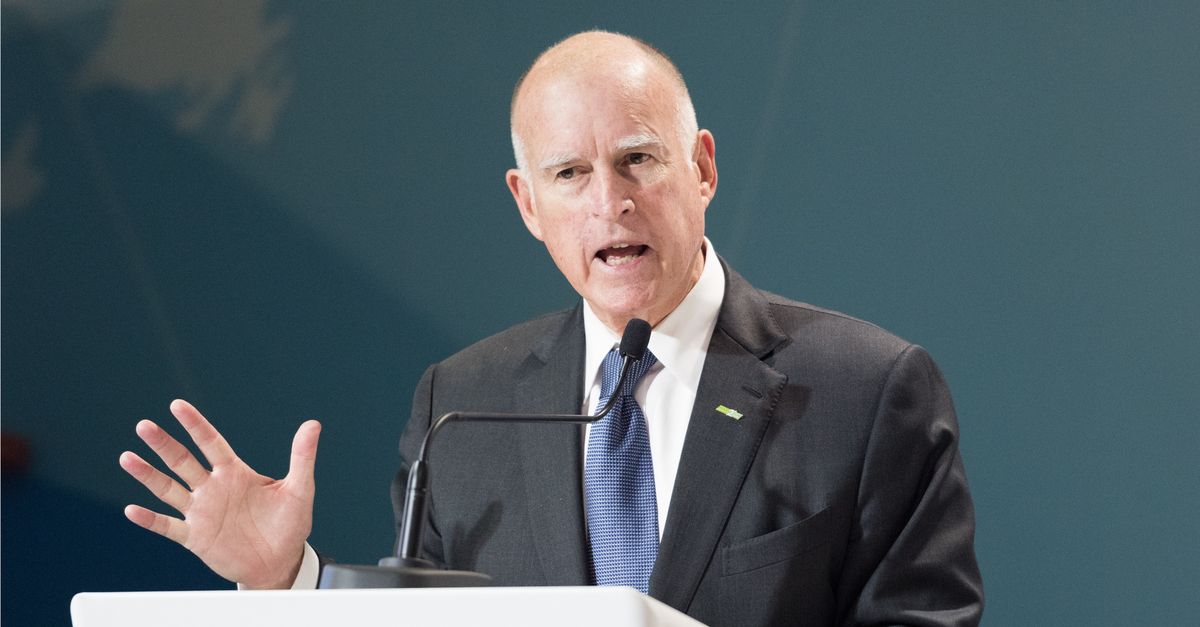 Claim:
California Governor Jerry Brown has mandated the use of gay pornography in elementary schools in order to teach children about LGBT sex.
Rating:

California Governor Jerry Brown has mandated the use of gay pornography in elementary schools in order to teach children about LGBT sex.

This makes California the first state in the union to not only use mandatory LGBT-inclusive textbooks in schools, but also force young children to learn sexually explicit material without the choice of opting out.

The textbooks will include references to famous gay celebrities and public figures, as well as detail the various sexual choices a gay person has.

The stories were spun from a 26 December 2017 Fox News report on a controversy stemming from a new requirement that social sciences courses in California include the role and contributions of gay, bisexual, and transgender Americans, even though the identification of some historical figures as such may be based on speculation. The Fox News report included no claim that California had implemented mandatory "gay pornography" viewing for grade schoolers, and nothing in the related California legislation imposed such a requirement.

According to a 9 November 2017 statement released by the California Department of Education, the referenced educational material will teach students to recognize diversity in compliance with the state's 2011 Fair, Accurate, Inclusive and Respectful (FAIR) Act:

[State Superintendent of Public Instruction Tom] Torlakson said the instructional materials will give students a broader, deeper, and more accurate understanding of history and the social sciences, provide them with current research, and equip them with the critical thinking and research skills to make up their own minds about controversial issues.

"They update the teaching and learning of history and social science and convey important new information about the challenges and contributions made by individuals and ethnic groups, members of the LGBT communities, and people with disabilities," he said. "They recognize some individuals and groups who may not have been fully included in the past."

The new material followed guidelines established by the FAIR Education Act, which the Legislature approved in 2011 to require including the contributions of various groups in the history of California and the United States. California became the first state to specifically mandate study of Native Americans, African Americans, Mexican Americans, Asian Americans, Pacific Islanders, European Americans, lesbian, gay, bisexual, and transgender Americans, persons with disabilities, and members of other ethnic and cultural groups, with particular emphasis on portraying the role of these groups in contemporary society.

Aside from signing the legislation in 2011, Governor Brown had nothing to do with the process of approving instructional materials, according to state education officials:

Approval of the instructional materials is one of the final steps in conveying the updated information to students in the classroom.

The process starts with the adoption of standards, which define what students should know and be able to do in each grade level. Next comes the adoption of the curriculum framework, which guides the teaching of the content, and finally the development of the instructional materials that were approved today.

The process leading to the approval of the instructional materials was thorough. After the SBE approved the History/Social Science Framework in July 2016, it appointed 99 instructional material reviewers, mostly classroom teachers, and 21 content review experts, including historians, to review materials and make recommendations about whether they reflected the History/Social Science Curriculum Framework.

The reviewers then made their recommendations to the Instructional Quality Commission (IQC), which advises the SBE. Next the IQC solicited comments from the public and heard from 140 speakers during its two-day meeting in September. Based on the comments, testimony, and a review with experts, the IQC required some publishers to make some changes in their instructional materials, and made its recommendations.

Districts can choose to purchase the instructional materials approved by the SBE, but they can also choose other materials, if those materials teach the content standards and reflect the History/Social Science Curriculum Framework.

Your News Wire has a track record of aggregating news stories and adding their own salacious but fabricated twists to them. For example, the site falsely reported that actor Macauley Culkin had said "satanic" Hollywood executives wear shoes made from dead children.

Schaub, Michael.   "California Will Be the First State to Use LGBT-Inclusive History Textbooks in Schools."     Los Angeles Times.   13 November 2017.