Some said pictures of the plate ignited "online controversy." 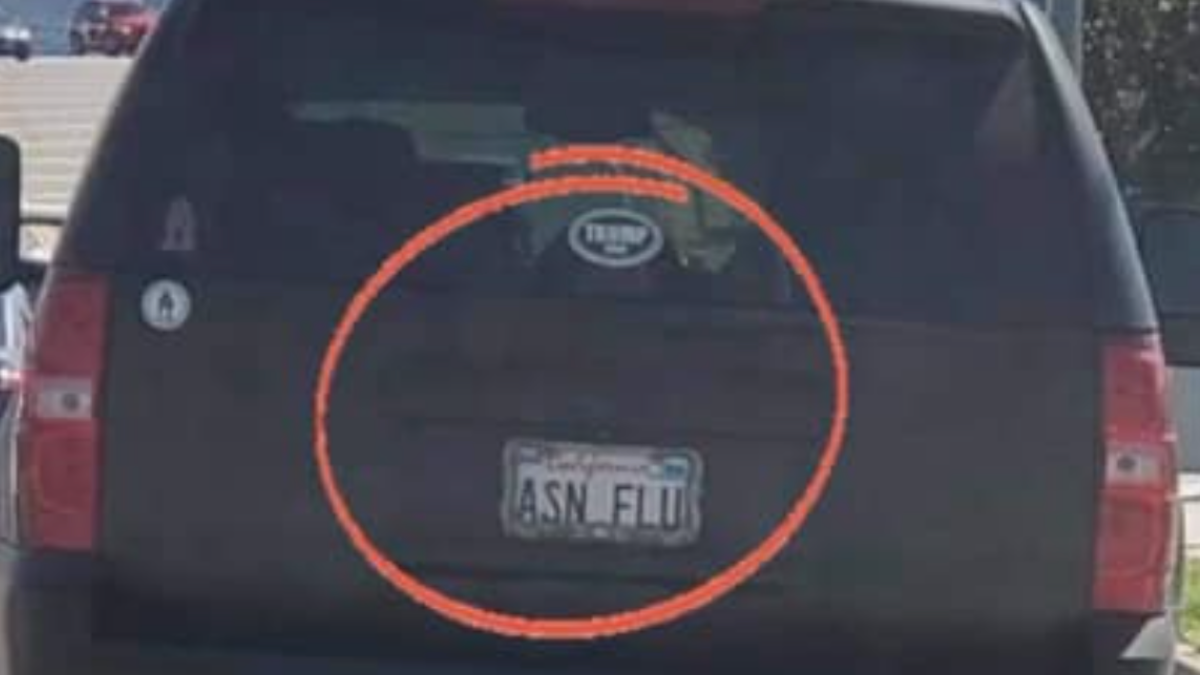 Claim:
A vanity license plate with a configuration of letters that spelled out “ASN FLU,” pronounced Asian flu, was issued in California.
Rating:

Photographs of a California license plate that supposedly read “ASN FLU” went viral in early April 2021 after they were shared on social media.

The license plate in question was shared to Facebook on March 31 by Melissa Ramirez, who said that a friend had shared it with her. In the comments section, Ramirez said that her friend snapped the photo in the “Corona area of Southern California.” AsAM News first reported on the plates on April 7 followed by a number of other news outlets that claimed the connotation behind the vanity plates caused “online controversy.” Some people have taken to referring to COVID-19, or SARS-CoV-2, as the "Asian flu" because the virus first appeared in Wuhan, China, in late 2019.

A spokesperson for the California Department of Motor Vehicles (DMV) confirmed that the license plate is real and that it dated back to 2006. However, the agency was not able to provide further information because it said that the “customer application for this license plate is no longer available.”

“We would like to make clear that the DMV recognizes California’s diversity, and strives for a culture that is respectful to all customers and free from racism, hate and discrimination in all forms,” the DMV said. “While the department is currently enjoined by a federal court decision from canceling personalized license plates that it deems offensive, we are currently focused on options for dealing with issues like these in the future.”

In November 2020, a federal judge ruled that California state regulations that ban personalized license plates that it deems “offensive to good taste and decency” was unconstitutional and violated freedom of speech protected under the First Amendment. In the 16-page opinion, U.S. District Court Judge Jon Tigar wrote that the DMV could deny plates that are obscene, offensive, or contain hate speech that falls outside of the First Amendment.