Are Parents Euthanizing a Daughter Who Only Rolls Her Eyes and Texts?

"This doesn't sound like a true story. Then again, people do things that don't make sense all the time." 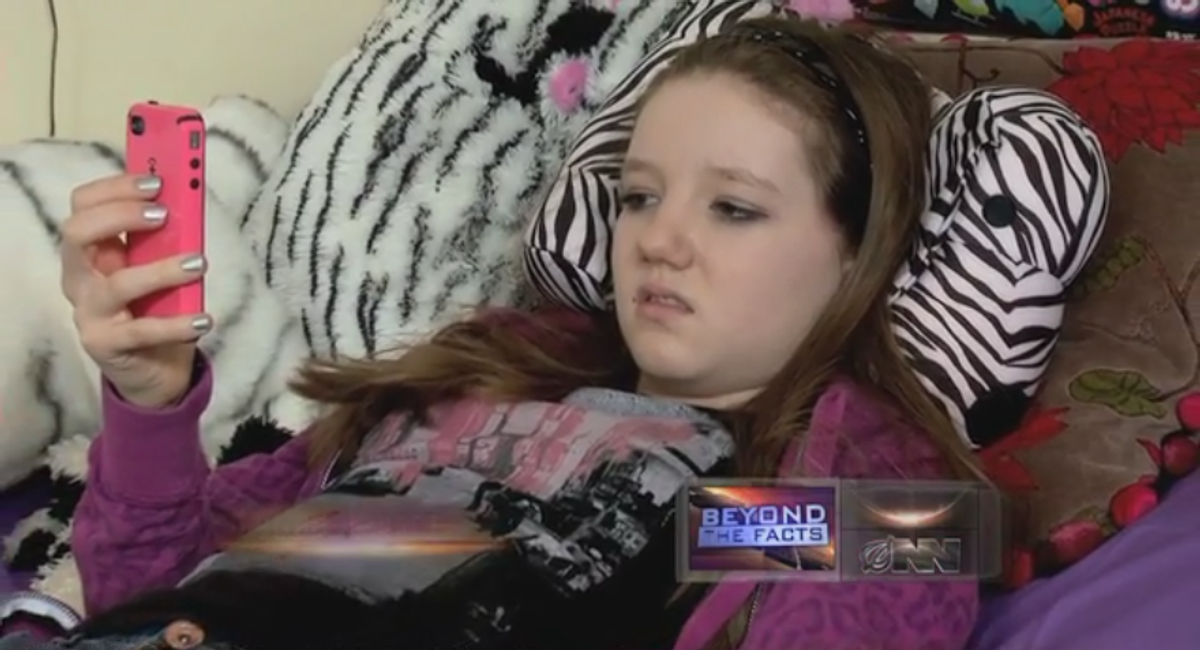 Claim:
The parents of brain-dead teen Caitlin Teagart plan to euthanize her because she is only capable of texting and rolling her eyes.
Rating:

By and large, social media users are familiar with the humor of the satirical web site The Onion, but when a 21 January 2012 Onion News Network video titled "Brain-Dead Teen, Only Capable of Rolling Eyes and Texting, to Be Euthanized" began circulating anew in September 2015, a not-small number of them mistook the "report" for real news:

This is freaking wrong. I pray and hope this satire. I just dont understand why any parent will do this. This... https://t.co/NGHYZHdcV0

This doesn't sound like a true story. Then again people do things that doesn't make sense all the time. My... https://t.co/QFmKbziHYq

On 22 September 2015 The Onion tweeted a link to the clip, but its renewed popularity on social media preceded the tweet:

Brain-Dead Teen, Only Capable Of Rolling Eyes And Texting, To Be Euthanized https://t.co/V63pF8IQ1j pic.twitter.com/Hnv47YD9F1

Confusion may have been heightened because the content was primarily video based (not a written article), causing some social media users to read the brief description without actually viewing the clip:

The parents of 13-year old Caitlin Teagart have decided to end her life, saying she can now do nothing but lay on the couch and whine about things being "gay."

While social media is awash in junk news sites which trick users into sharing outlandish false stories, The Onion remains one of the scant few purposefully satirical sites on the web (i.e., their intent is comedy, not deceit).

Despite its popularity as a satirical humor site, even The Onion's material is often mistaken for real news, so much so that (even before the advent of hoax news sites) it inspired a popular blog devoted entirely to cataloging those occurrences of confusion.

While the text description of the video about Caitlin Teagart was vague enough to possibly perplex readers, those who viewed the clip itself were unlikely to miss the joke.