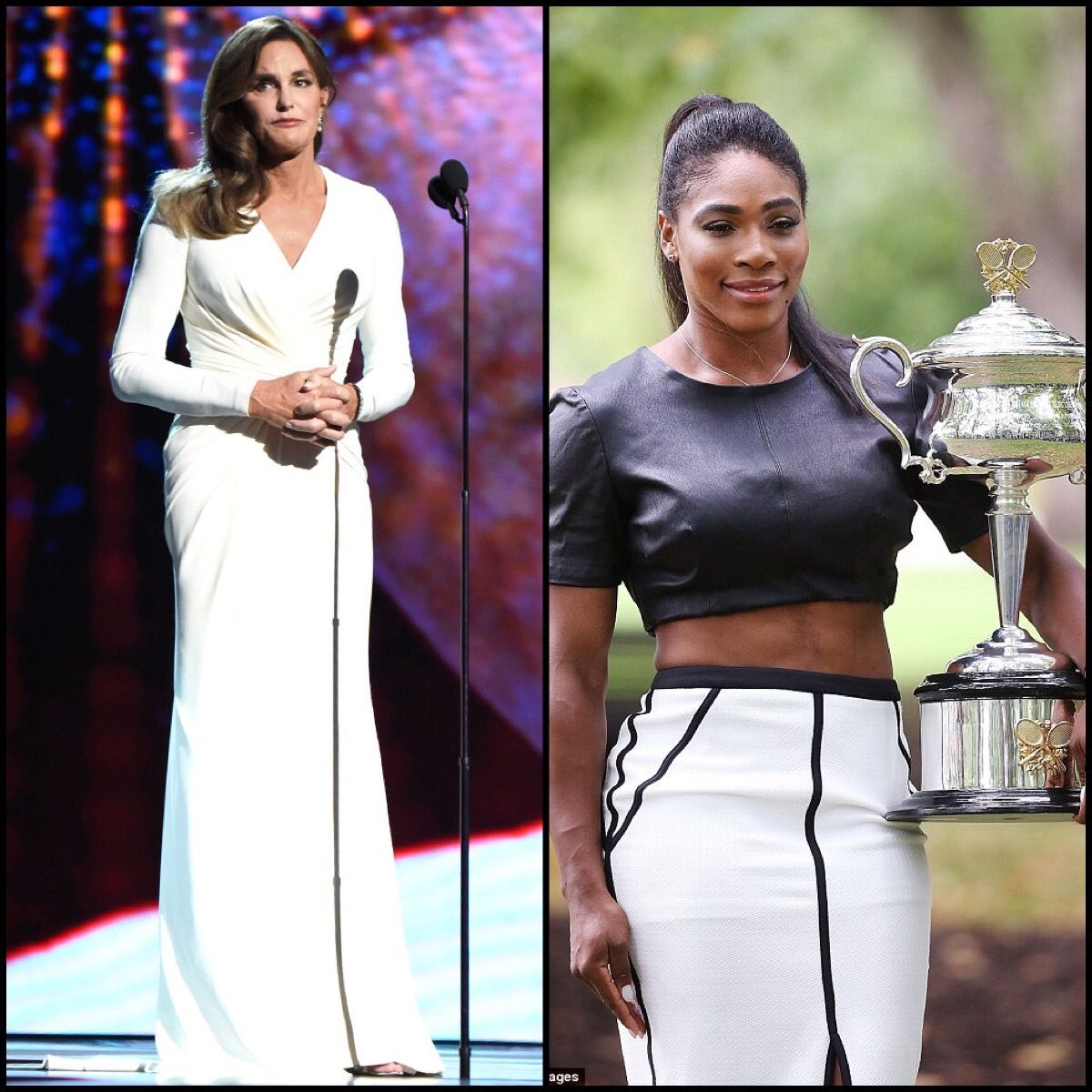 This seems like a hoax to me. We've all gotten Sharpie on our hands accidentally, it washed off eventually. I would think the treatment would be a chemical peel at worst, not a skin graft.

The racial implications of this article are another level on which this story is completely bizarre. I hope you're able to look into it!

Origins:    On 17 July 2015 the web site TMZToday published an article titled "Caitlyn Jenner: 'I Look More Feminine Than Serena Williams,'" which reported that:


Over the past week, Serena Williams’ body has been the trending topic with many having unfavorable opinions of her shape. Athletically built, Serena has embraced her body and often dawns a bare midrift or sexy cocktail dresses that are form fitting and short in lengths that show her amazing legs. Despite being more physically fit than most women can imagine, Serena has been subjected criticism about her body. Many have said that the Wimbeldon Champion has a masculine physique, including ESPY Arthur Ashe Award recipient, Caitlyn Jenner.

After receiving the award, Caitlyn recently said that she felt that she looked more feminine than Serena Williams. “I was born a man yet I feel I look more feminine than Serena Williams. I am sorry but I would’ve worn that dress a hell of a lot better. Serena looks like Randy Moss in a dress for Christ’s sake. I love her to death and I respect her athletic accomplishments but that doesn’t change the fact that she’s a pit bull with heels on” says the former Olympian champion, Caitlyn Jenner.

Although body-shamed all over social networks, by journalists and bloggers, Serena still continues to flaunt her body, disregarding anyone’s opinion. “Even though I said I look more feminine than she eoes, I have respect for Serena for having the courage to face her critics. That’s very courageous of her” Caitlyn explained.

This report was just another fake news account, however. Many readers mistook the site TMZToday for the very popular gossip blog TMZ. However, TMZToday is yet another fake news site that spoofs the domains of real news outlets (such as the New York Times, the Washington Post, USA Today, and NBC).

A disclaimer found at the bottom of all TMZToday pages (which is very similar in wording to the one used on the pages of the Huzlers fake news site) explains:


Tmztoday.com is a combination of real shocking news and satire news. Please note that articles written on this site are for entertainment and satirical purposes only.