Did California Pass a Law Protecting Pedophiles Who Rape Children?

A bill signed into law by Gov. Gavin Newsom leaves the decision whether individuals convicted of particular sex crimes involving minors must register as sex offenders to the discretion of the court. 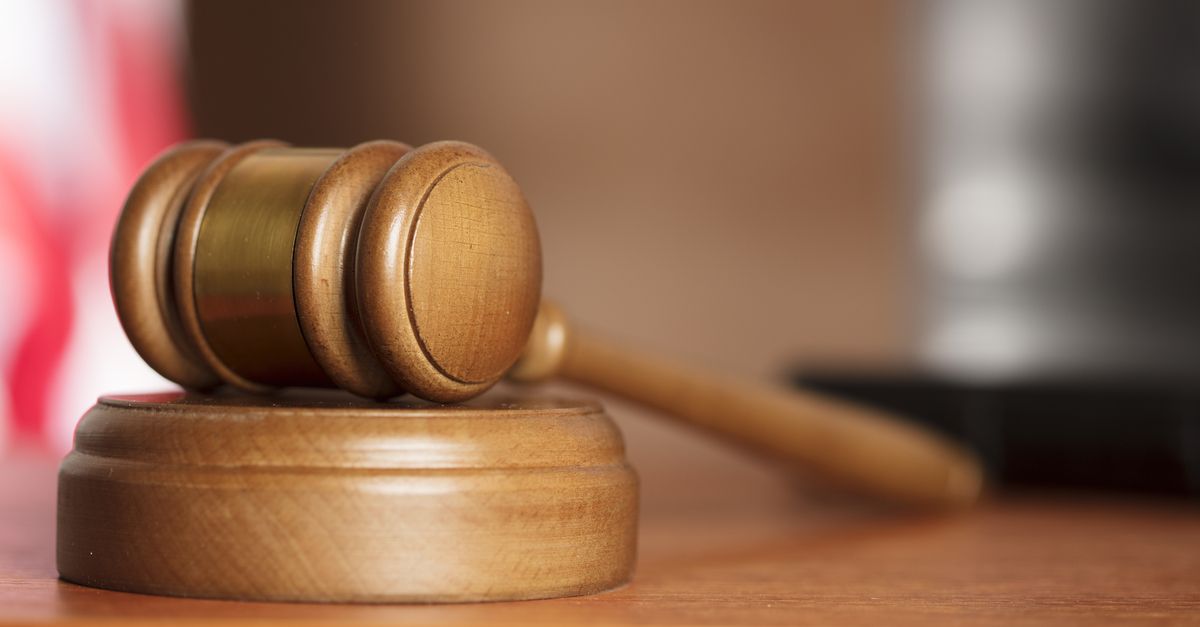 Claim:
California Senate Bill 145, signed into law by Gov. Gavin Newsom in September 2020, shields pedophiles who rape children from having to register as sex offenders.
Rating:

However, the revised statute does not shield anyone from the requirement to register as a sex offender. Rather, it leaves that decision, in eligible cases, to the discretion of the presiding judge.

In January 2019, California state senator Scott Wiener (D-San Francisco) introduced a bill (SB-145) to modify the state penal code to allow certain individuals convicted of sex offenses involving minors to apply for discretionary relief from having to register as sex offenders. The bill was passed by the legislature on Aug. 31, 2020, and signed into law by Gov. Gavin Newsom on Sept. 11.

The aim of the revised statute, according to a 2019 press release from Wiener's office, is to redress the disparity between how heterosexual and LGBT sex offenders were treated under existing law:

This distinction in the law — which is irrational, at best — disproportionately targets LGBT young people for mandatory sex offender registration, since LGBT people usually cannot engage in vaginal intercourse. For example, if an 18 year old straight man has vaginal intercourse with his 17 year old girlfriend, he is guilty of a crime, but he is not automatically required to register as a sex offender; instead, the judge will decide based on the facts of the case whether registration is warranted. By contrast, if an 18 year old gay man has sex with his 17 year old boyfriend, the judge *must* place him on the sex offender registry, no matter what the circumstances.

A Feb. 21, 2019 article on The Washington Pundit website put a decidedly different spin on the proposal and foreshadowed the tone of the debate to follow. That article, entitled "CA Democrats Introduce LGBTQ Bill that would Protect Pedophiles who Rape Children," claimed:

SB-145 would allow a sex offender who lures a minor with the intent to commit a felony (i.e. a sex act) the ability to escape registering as a sex offender as long as the offender is within 10 years of age of the minor.

SB-145 would add a section to the state’s penal code (Section 290.55) stipulating that as long as the offender is “not more than 10 years older than the minor,” they are not automatically mandated to register as a sex offender. There is no age limit or range specified, except for existing law which already excludes lewd acts with children under 14.

SB-145, as currently written, appears to allow certain sexual predators to live among the population without anyone being aware.

These claims were at best misleading and at worst false, beginning with the headline. The new law does not, under any reasonable interpretation, "protect pedophiles who rape children." Although the crimes addressed in SB-145 fall under the heading of statutory rape (given that the victims are under 18, the statutory age of consent), they do not include forcible sex crimes of any kind, as a spokesperson for Sen. Wiener, Victor Ruiz-Cornejo, explained in an email:

Currently, there are several non-forcible, “consensual” sexual offenses involving minors which require lifetime sex offender registration. These cases involve minors who are having a sexual relationship with someone over the age of 18. Although minors cannot legally consent to sexual activity, the cases are viewed as “consensual” because the sexual activity is not forced and the minor is a willing participant. SB 145 does not apply for anyone 14 years or younger.

Moreover, it is not the case that the new law would, per the article's claim, "allow a sex offender who lures a minor with the intent to commit a felony (i.e., a sex act) the ability to escape registering as a sex offender as long as the offender is within 10 years of age of the minor."

Also, according to Ruiz-Cornejo, "luring a minor" for purposes of sex is not one of the crimes covered in the bill. "Senate Bill 145 does not protect anyone from luring children (under 14 years old) or teenagers (above 15 years old) with the intent to commit sexual assault," he told us. "Luring a minor is treated differently and does not fall under the consensual relationships this bill is addressing." We asked Ruiz-Cornejo for further clarification on this, given that the text of the bill did state that it applies to Section 288.3 of the Penal Code, which addresses contacting a minor with intent to commit a felony (including certain sex offenses), but he didn't elaborate.

We followed up with Los Angeles County Deputy District Attorney Dan Felizzatto, who confirmed what Ruiz-Cornejo told us and explained that when a defendant is prosecuted for luring a minor (including children under 14) "they would be charged with [Penal Code] Section 272 because that is the luring section." Conviction under Section 272 requires mandatory sex offender registration if it involves lewd or lascivious conduct (with no provision for discretionary relief). Additional charges are often filed in such cases, which could include, for example, a violation of Section 288.3 (contacting a minor with intent to commit a felony) or any substantive sex offense that would be appropriate, but any discretionary relief from mandatory registry provided for under Section 288.3 would not apply to the luring charge under Section 272.

Nothing in SB-145 precludes a district attorney from filing a case in such a way as to prevent an individual who commits a sex offense against a minor under 14 from taking advantage of the discretionary relief provision, Felizzatto said. "Those types of sex offenders are predatory and would not benefit from the changes in SB-145."

Given that the second quoted paragraph of the Washington Pundit piece references "existing law which already excludes lewd acts with children under 14," the paragraph that follows contains a blatant falsehood, citing the example of "a 22-year-old luring a 12-year-old" to show how the proposed legislation supposedly "shields" child predators.

"The bill does not apply to anyone under 14 years old," Ruiz-Cornejo said when we showed him the passage. "Nor does the bill shield anyone, it simply grants the judge discretion." (The Washington Pundit deleted the example and noted the correction after we contacted them to point out its inaccuracy.)

Finally, the sentence "SB-145, as currently written, appears to allow certain sexual predators to live among the population without anyone being aware" simply repeats the erroneous claim that discretionary relief will be granted to sexual predators.

He also stood by the claim that the bill would "protect pedophiles who rape children," citing California's age-of-consent law as a reason to ignore the distinction between forcible rape and "consensual" sex acts such as those that fall under the heading of statutory rape:

When an adult takes advantage of the innocence of a child, they are raping them. That’s why we don’t believe in having consensual sex with a drunk, adult woman. She may have consented but she wasn’t in the right state of mind to give actual consent. When a guy knowingly has sex with a drunk woman, he knows she isn’t in her normal state of mind. We believe any pursuit to engage in sexual acts that isn't respectful and misleading the woman’s or child’s state of mind is immoral and equal to rape. Now, your definition of rape may be different. According to our definition, and the definition of our audience, it fits the description of rape. The title is not misleading. The title may be interpreted differently depending on who is reading it.

In March 2019, Wiener's office issued an amended version of SB-145 to clarify its intent and allay public confusion about which types of offenses were and were not included in the bill. After the bill finally became law in September 2020, its provisions were once again widely misrepresented and assailed as "pro-pedophilia." Wiener called these claims "grossly disingenuous."

Updated [March 7, 2019]: Updated to expand the section pertaining to the predatory luring of minors for sex with information provided by the LA County District Attorney's Office, and to note the release of the 4 March 2019 amendment to the text of the legislation.

Updated [Sept. 14, 2020]: Updated to note that the bill was passed by the legislature and signed into law by Gov. Gavin Newsom.