Why Is Men's Underwear Called 'BVDs'?

In the absence of a logical explanation for something so commonplace, people invented their own meanings. 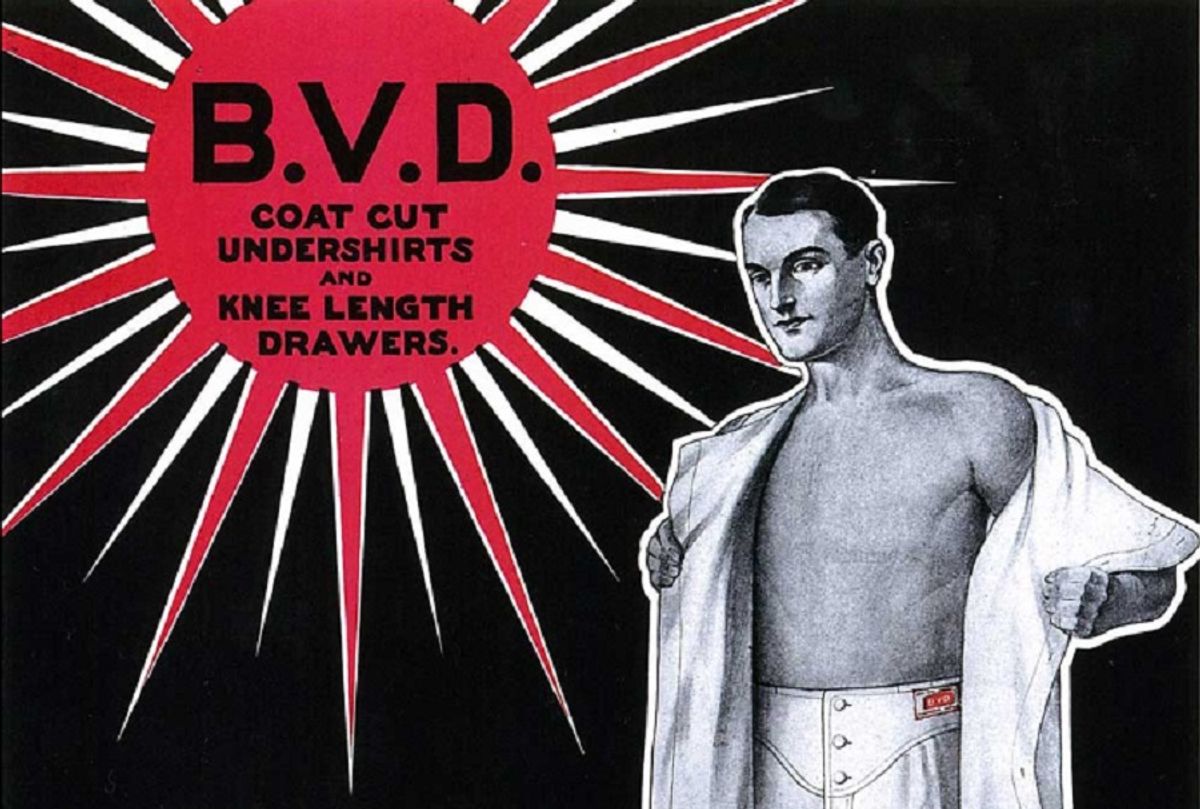 Claim:
Men's underwear is referred to as 'BVDs' because the term is an abbreviation of the phrase 'Boy's Ventilated Drawers.'
Rating:

Many companies, by dint of being the first, the biggest, the best, or the most popular, have so thoroughly established themselves in the consumer marketplace that their brand names have become common terms for the products they represent. Thus every American consumer recognizes that "band-aids" are adhesive bandages, "vaseline" is petroleum jelly, "kleenex" is facial tissue, and a "xerox" is a photocopy -- even though all of these terms are specific brand names rather than types of products.

(Despite the tremendous publicity to be gained from such associations, manufacturers must remain ever vigilant that their brand names are not allowed to become so generic through common use that they lose their trademark protection, as happened with branded products such as Escalator moving stairs, Cellophane transparent paper, and Linoleum floor covering.)

In the early part of the twentieth century, the B.V.D. brand of men's underwear (notable for its front buttons and back flaps) so dominated the marketplace that 'BVDs' became a general term used to refer to any brand of similar product (i.e., lightweight, one-piece long underwear for men), and eventually to all types and brands of men's underwear as well. However, the B.V.D. company coyly kept the origin of its trademark few consumers knew just what the 'BVD' stood for, and once other underwear manufacturers entered the fray and began cutting into BVD's market share, more and more people were using 'BVD' as a euphemism for 'underwear' without even realizing that the term had originated as a brand name.

When H. L. Mencken pursued this matter, he ran up against a blank wall, with the manufacturer informing him in a letter on 1935: "From the standpoint of business psychology and because of the great public curiosity as to the meaning of our trademark, we would not care to have you publish any information regarding its origin, but for your personal use, if you request it, we will be glad to tell you the history of B.V.D."

Mr. Mencken did not bother to so

In the absence of a logical explanation for something so commonplace, the public resorted to a familiar technique: they invented their own. Over the years various folk versions of what the initials 'BVD' stood from the ingenious to the in the public sphere, some of the most common being 'Boys' Ventilated Drawers,' 'Back Vented Drawers,' 'Baby's Ventilated Diapers,' and 'Body Vest Doodads.'

In fact, as publicly revealed by various publications over the years, 'BVD' was an initialism taken from the surnames of the three men who founded the apparel company in 1876: Bradley, Voorhees, and Day. The B.V.D. brand lasted for a century before it was acquired by Fruit of the Loom in 1976.