Aldrin's 1969 trip to the Moon was, in some respects, a family visit. 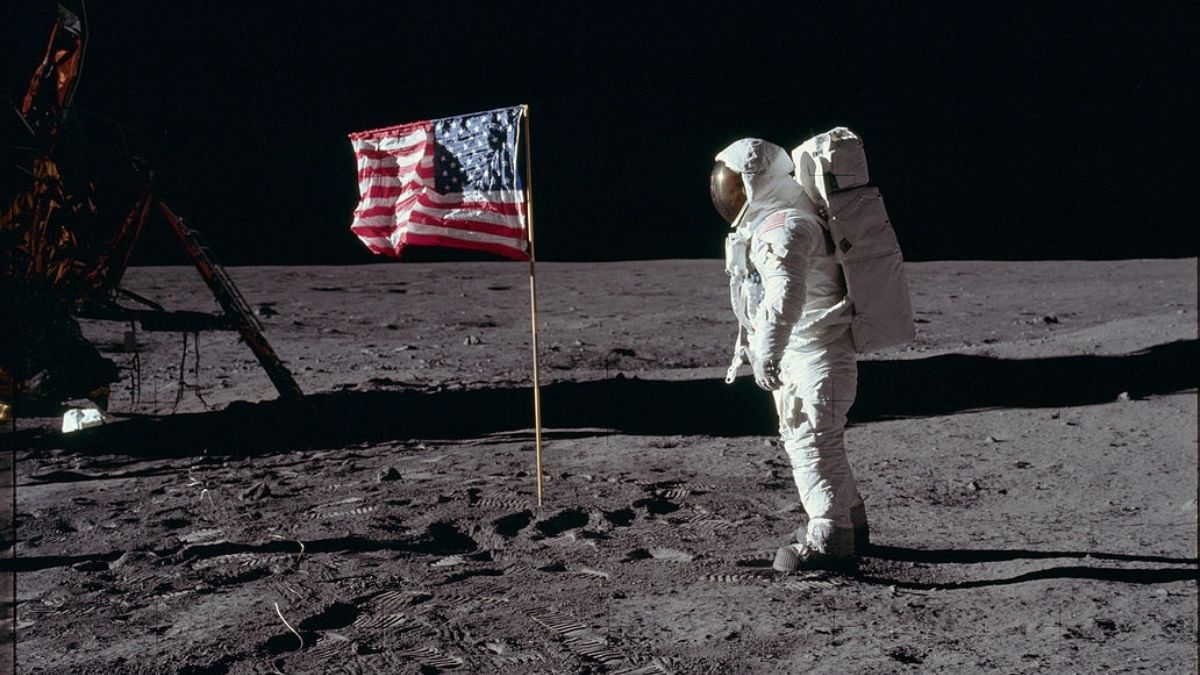 Every now and again, the internet comes across the mind-blowing fact that Buzz Aldrin, the American astronaut who was one of the first people to walk on the surface of the moon, was born to a woman whose maiden name was Moon. Aldrin has mentioned this fact in a few of his autobiographical books. In the 2005 book "Reaching for the Moon," for example, he writes that he may have been destined to travel to the moon because of his mother's maiden name.

"On summer nights the Moon hung low in the sky, so close to our house that I thought I could reach out and touch the soft white light. I never imagined that one day I would walk on its surface. But maybe it was meant to be. You see, before she was married, my mother's last name was moon."

Her name was Marion Gladys Moon until the day in the Philippines when she married my father, who at the time was a dashing aide to General Billy Mitchell.

Aldrin has referenced his mother's maiden name on several other occasions. During an interview with The New York Times, he joked that the name Marion Moon may have given him an advantage during the astronaut-selection process:

Was your mother’s maiden name really Marion Moon?
Yes. I didn’t feel NASA needed to know that. Somebody would think I was trying to get favored treatment because my ancestors had the name Moon. And that’s a joke.

Aldrin has also mentioned her name a few times on Twitter. In 2015, he posted this factoid along with a photograph of himself and his mother: Marion Moon Aldrin died in 1968 at the age of 64. A brief obituary was published by The Associated Press that noted her full name. 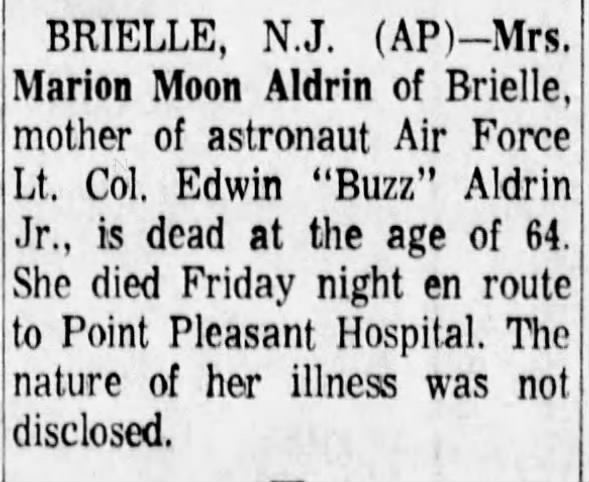