CBS News did not air genuine footage of the moon landing because, well, CBS is on Earth. 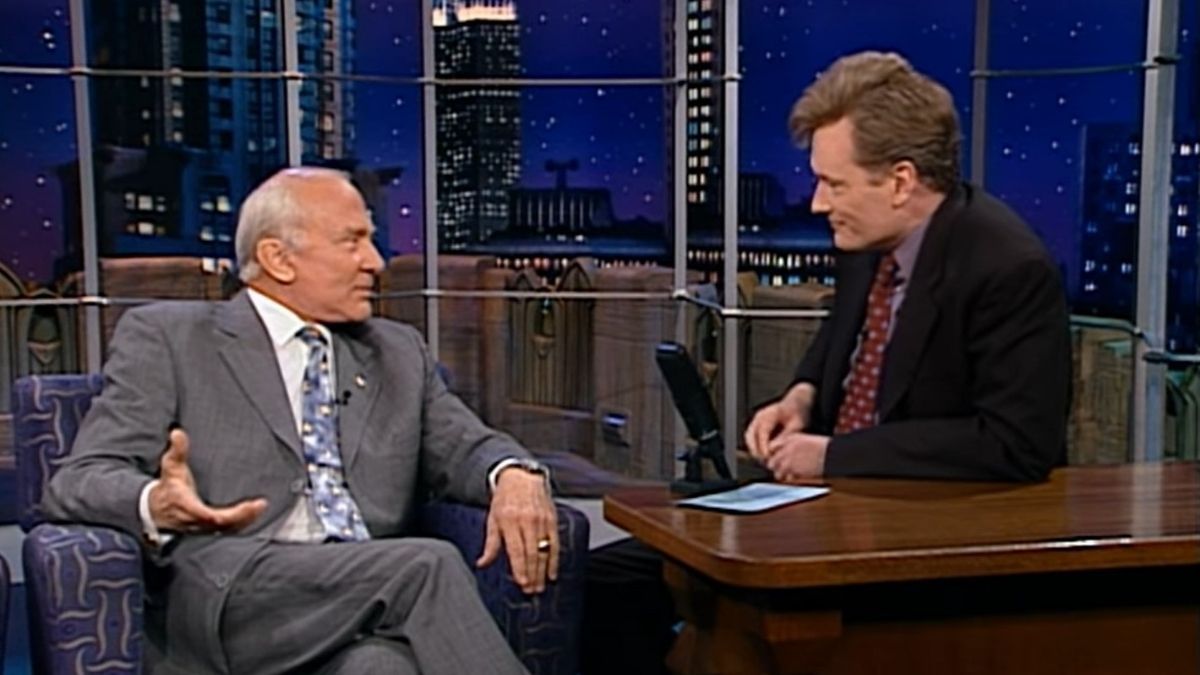 Claim:
Astronaut Buzz Aldrin admitted during a television appearance with Conan O'Brien that the 1969 moon landing was fake.
Rating:

Buzz Aldrin correctly noted during a 2000 appearance on "Late Night with Conan O'Brien" that news broadcasts covering the moon landing in 1969 used animated simulations (that were properly labeled as such) to give audiences a visual representation of the moon landing since there are no TV news cameras on the moon. He did not say the moon landing itself was fake.

In February 2022, an old clip from "Late Night With Conan O'Brien" was recirculated on social media along with the claim that it showed astronaut Buzz Aldrin admitting that he never landed on the moon. This claim is nonsensical. In the following video, Aldrin makes no such admission.

Aldrin never says in this video that the moon landing was fake. The astronaut, who walked on the surface of the moon in July 1969, correctly informed Conan that contemporaneous news broadcasts of the landing used animations to give their audiences a visual representation of the moon landing. This makes sense: CBS News didn't have its own spacecraft to fly to the moon in advance of Apollo 11's flight in order to set up cameras to capture the historic moment.

Here's a screenshot from the news broadcast that Conan presumably watched as a child. As you can see, this footage is labeled a "simulation." CBS News did not air genuine footage of the landing because it took place on the moon, and CBS News is located on earth. CBS News noted during the 50th anniversary of this historic moment: "Unfortunately, because there weren't any video cameras on the moon, viewers on Earth didn't actually get to see the landing — instead, they watched a simulation while listening to the real-time audio feed from NASA."

Here's a video from the original CBS broadcast of the Apollo 11 Moon landing:

While TV crews did not have access to the moon, Aldrin and Armstrong did. Here's a photograph of Aldrin on the surface of the moon that was taken by Armstrong.