Did Buzz Aldrin Admit That He Never Went to the Moon?

Apollo 11 astronaut Buzz Aldrin's answer to a question posed by a child was misrepresented as an admission that he didn't set foot on the moon. 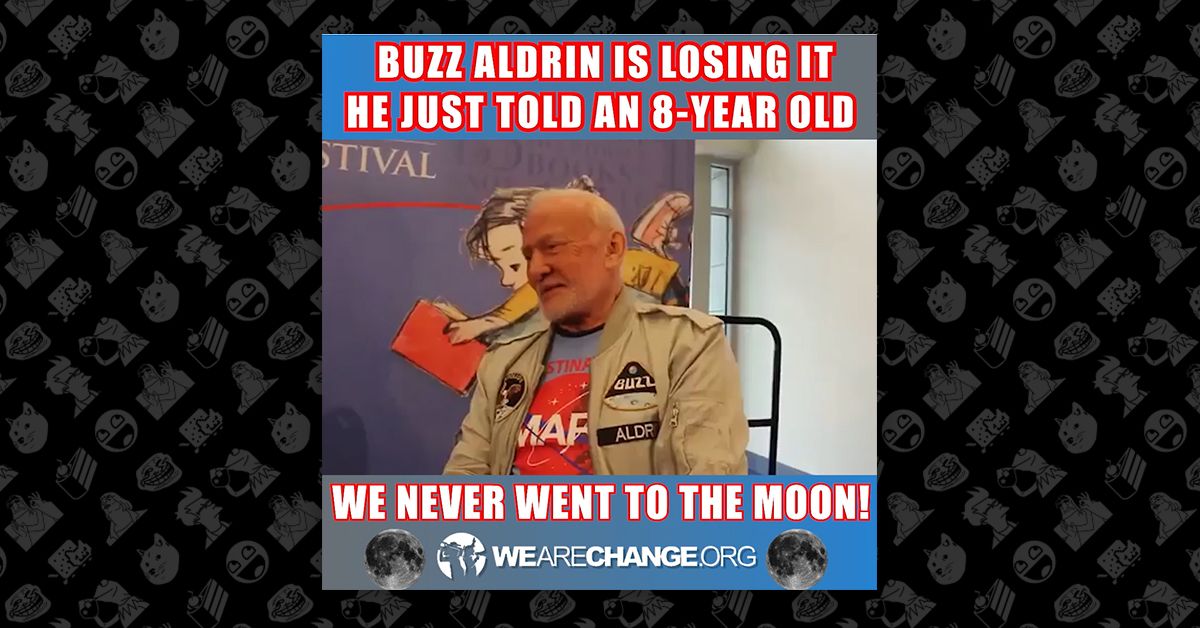 Claim:
Buzz Aldrin admitted in an exchange captured on video that he never went to the moon.
Rating:

In July 2018, a video hit social media that purportedly captured Apollo 11 astronaut Buzz Aldrin, the second man in history to set foot on the lunar surface, admitting to a young child that he never actually went to the moon:

Many of the video-based rumors that we investigate require us to keep a keen eye out for deceptive edits or altered audio. In this case, however, all we had to do to debunk this one was listen to the question asked by the young child and the answer given by Buzz Aldrin.

The child didn't ask Buzz Aldrin if he ever went to the moon. Rather, she posted the question "Why has nobody been to the moon in such a long time?" to the astronaut. When Aldrin said in reply that "we didn't go there" and "that's the way it happened," he was referring to the fact that the U.S. has sent no missions back to the moon since the final Apollo spaceflight took place in December 1972, not asserting that he had never been to the moon in the first place.

We've transcribed this portion of the video below (emphasis ours):

Child: Why has nobody been to the moon in such a long time?

The wording of Aldrin's answer may have been confusing to children and adults alike, but he was talking about "why something (i.e., going to the moon) stopped in the past," not about how it never happened in the first place.

This viral video also cut off Aldrin's full answer. In the complete version of Aldrin's interview with this child (identified as Zoey), the astronaut went on to state the primary reason we didn't return to the moon: money.

Once again, Aldrin's message was a little garbled, but the second part of his answer (not included in the viral video) offered two more instances in which he talked about our indeed having been to the moon. Aldrin said that he "achieved what the President wanted us to do" (i.e., go to the moon), and that the world was proud of what he had accomplished.

We've transcribed that potion of the interview below (and the full video can be viewed at the end of this article):

Money. It's a good thing. If you want to buy new things, new rockets, instead of keep doing the same thing over and over, then it's going to cost more money. And other things need more money too. So having achieved what the president wanted us to do ... and then what thousands, millions of people in America, and millions of people around the world ... You know when we toured around the world after we came back [from the moon] the most fascinating observation was signs that said "WE did it." Not just us. But we, the world. They felt like they were part of what we were able to do. And that made us feel very good.

This footage was taken during the 2015 National Book Fest at the Walter E. Washington Convention Center in Washington D.C. Aldrin was at the fest to promote his book Welcome to Mars: Making a Home on the Red Planet, but he was also interviewed by numerous children about space exploration while he was there.

It should also be noted that while Buzz Aldrin was part of the Apollo 11 mission which landed the first two people on the moon, he wasn't the last astronaut to touch the lunar surface. A total of 12 astronauts have visited the moon since Aldrin's historic July 1969 spaceflight, but no one has ventured to the lunar surface since the end of 1972: