A billionaire with dual U.S. and U.K. citizenship gave $5,200 to Buttigieg's campaign, among other donations. 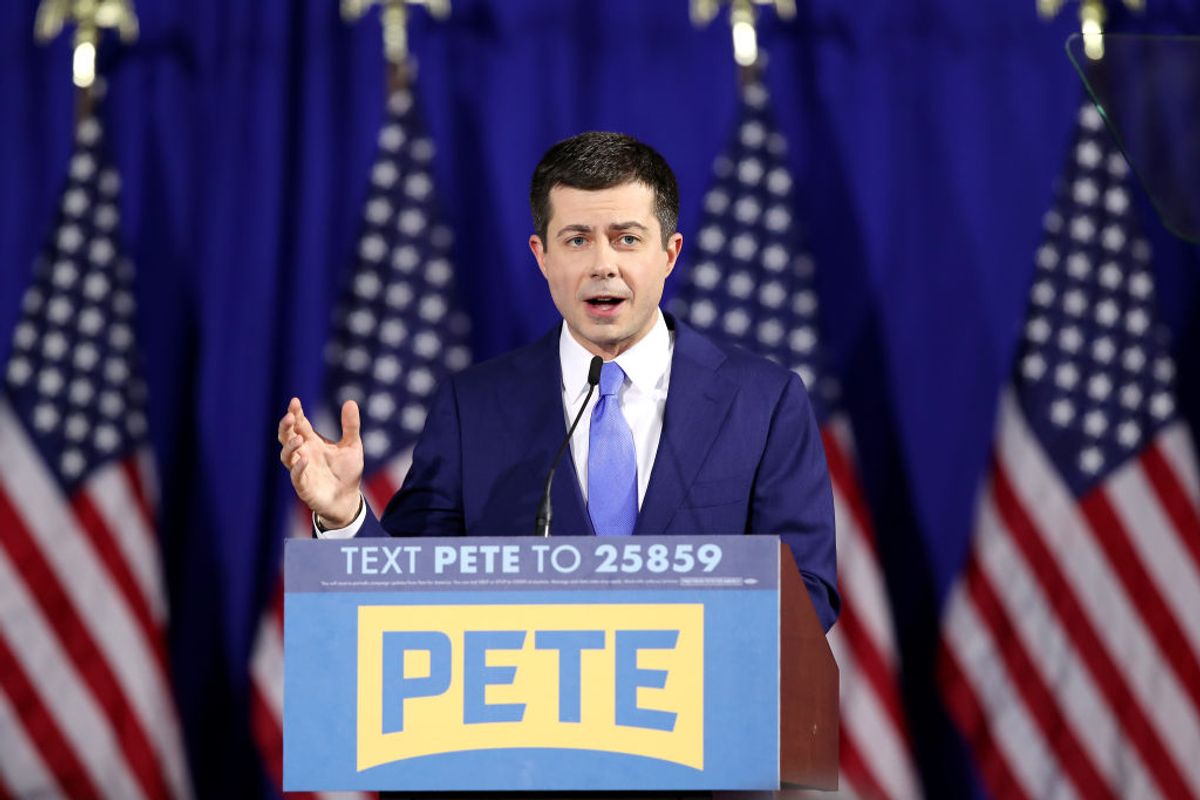 The claim lacks context by failing to report Blavatnik's financial contributions to other political candidates and causes.

The term "oligarch" is subjective. Blavatnik does not appear on an official list produced by the U.S. government of Russian-linked oligarchs.

The headline prompted a number of Snopes readers to ask whether the story were true. Law & Crime reported:

Previously described in the press as “The Giver,” Leonard “Len” Blavatnik is a well-known GOP donor with a New York address who previously took it upon himself to fund President Donald Trump‘s lavish — and allegedly criminal — inauguration festivities in 2017 to the tune of some $1 million.

Now, Blavatnik and his wife are apparently shifting allegiances. As of this writing, they have donated thousands of dollars to Pete for America, Inc., Buttigieg’s official campaign organization.

According to data from the Federal Elections Commission (FEC), Blavatnik and his wife Emily have donated a total of $5,200 to the Buttigieg campaign.

But the Blavatniks also donated $5,600 to the campaign of former Vice President Joe Biden, who is also running for president as a Democrat in 2020, along with a number of organizations and candidates on both sides of the political aisle. Among the latter are both Democratic and Republican committees and politicians like Rep. Kevin McCarthy, a Republican from California, and Sen. Rick Scott, a Florida Republican.

Len Blavatnik does not appear on the U.S. government's list of oligarchs, a term used to indicate extremely wealthy elites who wield a large degree of influence over public affairs in Russia. It is not unusual for that term to be used to describe Blavatnik in American news stories about his financial influence, however Blavatnik has reported he considers the word "offensive." Speaking on the topic in an April 2019 Bloomberg report, a spokesperson for Blavatnik, who owns Warner Music, pointed out that although he was born in what was then the Soviet Union, the 62-year-old holds dual citizenship in the U.S. and U.K., was stripped of his Soviet citizenship upon leaving the Union in 1978, and has never been involved in Russian politics.

That same Bloomberg report says Blavatnik has a history of business ventures in Russia and partnerships with Viktor Vekselberg, who is on the U.S. government's list of Russian oligarchs. And Blavatnik's name was raised in 2018 news reports that said investigators from U.S. Department of Justice Special Counsel Robert Mueller's office had asked about Blavatnik's role in bankrolling Trump's inauguration. ABC News reported at the time:

Neither has been accused of any wrongdoing.

Blavatnik is a billionaire with dual U.S. and British citizenship who has extensive business ties in Russia. Blavatnik gave $1 million to the inaugural fund through his company, Access Industries, according to FEC records. Companies are prohibited from giving donations to political candidates, however, donations to inaugural committees are not considered donations to candidates.

In short, though it's true that Blavatnik donated $5,200 to Buttigieg's campaign, he and his wife also have donated to other candidates and causes. And although he has past ties to Russian business interests and financial ties to Russian oligarch Vekselberg, Blavatnik himself is not a Russian citizen.