Does This Photograph Show President Bush Reading a Book Upside-Down?

The book shown in this photograph is 'America: A Patriotic Primer,' by Lynne Cheney 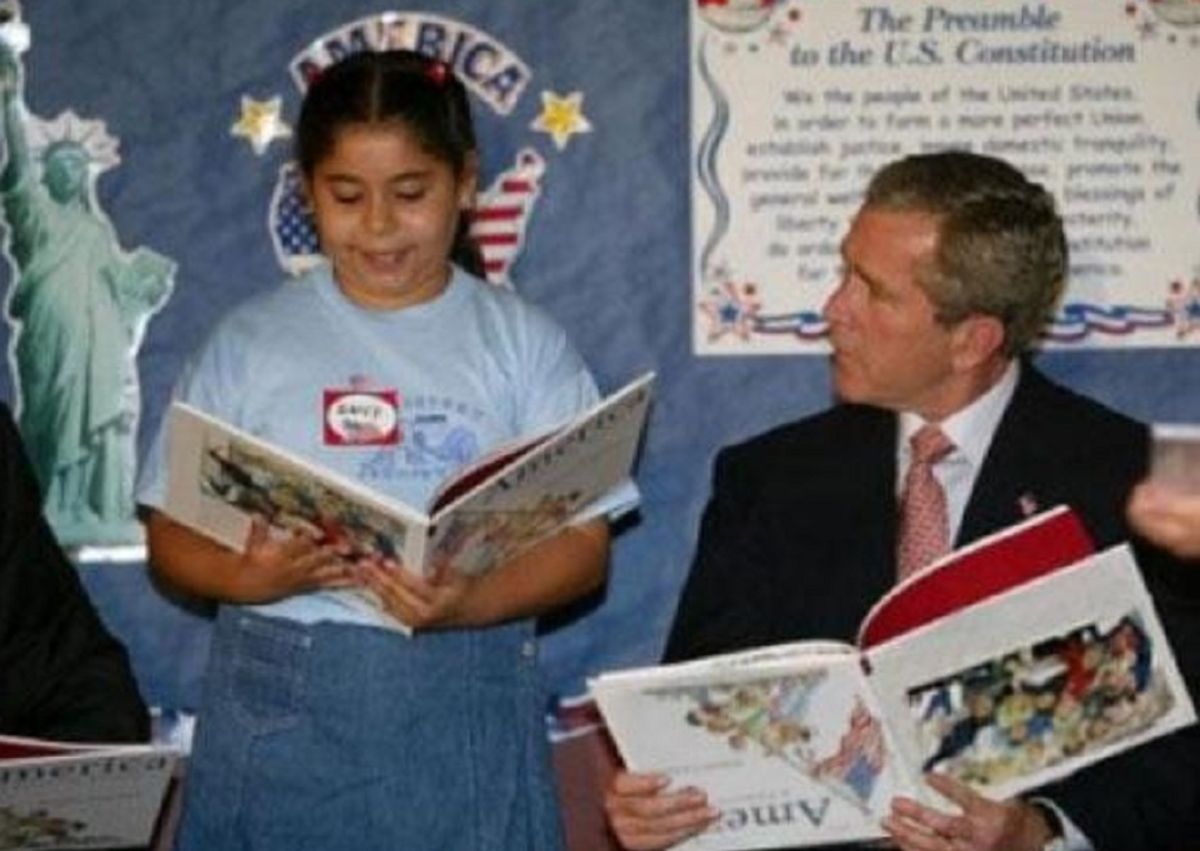 If it weren't a manipulated image, it could have come about because an aide handed the book to President Bush for a quick schoolroom photo opportunity, the President didn't immediately notice it was upside-down because he was looking at the student to his right, and a photographer managed to snap a picture before the error was corrected. It might also be possible (but hard to determine from this image) that the books President Bush and the student were holding had removable dust jacket-type covers, but the cover of the President's copy had been put on backwards, so it looked as if he were holding the book upside-down even though he really wasn't.


Incidentally, the book shown in this photograph is America: A Patriotic Primer, by Lynne Cheney, wife of Vice-President Dick Cheney. The photograph below, a picture of Mrs. Cheney with the children of naval personnel, is the one that appears on the back cover of the book. (Note the correct orientation: the child holding an American flag should appear on the left-hand side of the photo, not the right-hand side as shown in the doctored image of the book President Bush is holding.) The original image was this Associated Press photograph: The picture above was taken during an appearance President Bush made with the then-governor of Texas, Rick Perry, at the George Sanchez Charter School in Houston during the summer of 2002: