No, George W. Bush Has Not Been Arrested by Special Forces

A dramatic story claiming the 43rd president was arrested by Special Forces is pure fiction. 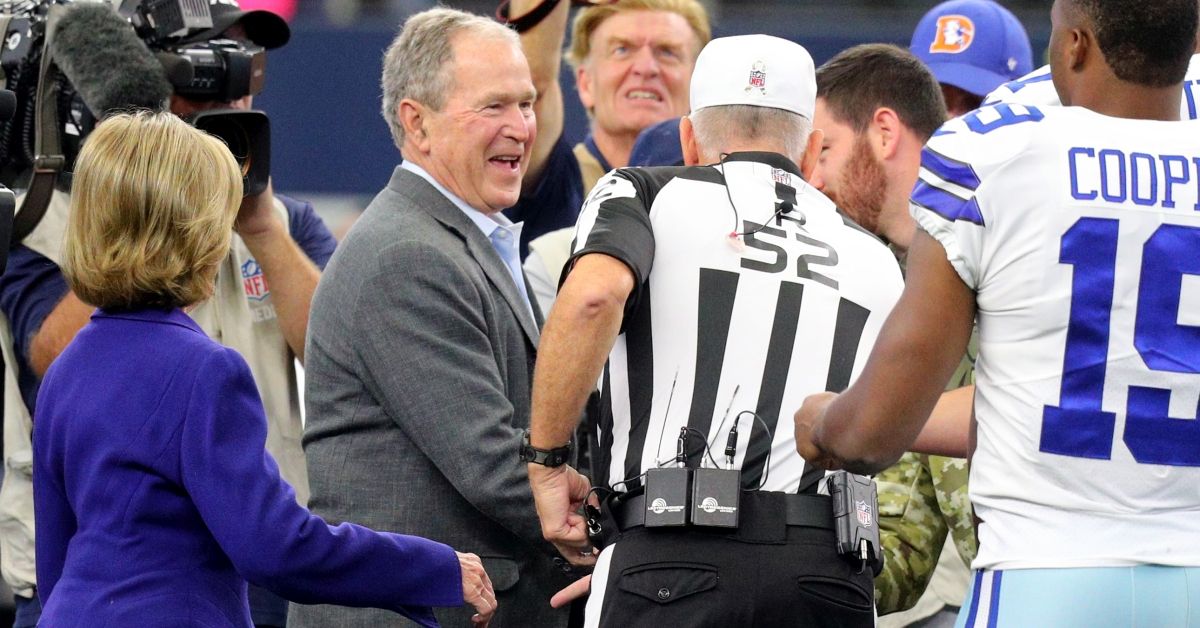 In mid-November 2021, Snopes readers asking about the veracity of a rumor circulating on social media that former U.S. President George W. Bush had been arrested by U.S. military forces. The rumor is similar to previous false claims originating years prior.

For example, readers sent screenshots from the conspiracy website Real Raw News, which contains the headline of a story published on that site on Nov. 15, 2021: The Real Raw News story about Bush getting arrested at his ranch in Texas is dramatic, cinematic, and fanciful. But there's no truth to it, and it is purely a work of fiction. The story reads, in part:

A military source familiar with the mission told Real Raw News that Special Operations Command had obtained detailed satellite imagery of the property as well as locations of trail cams that live-streamed to a communications bunker 100 yards from the main building.

“Intelligence estimated that Bush had 20 security contractors and 3 Secret Service on the property. The plan was to exploit blind spots in the surveillance cameras, ingress to the main building, subdue Bush’s personal guards, and drag him to the exfil point without alerting the larger security force. But something went horribly wrong,” our source said.

Special Forces had approached to within 200 yards of the main house when all hell broke loose.

The the "Bush got arrested" rumor is a persistent internet hoax. In 2014, Snopes debunked an internet rumor claiming Bush was arrested for "cocaine possession," and a similar false story in 2004 claiming Bush had been arrested in Canada for alleged war crimes.

The 43rd president and his wife, Laura Bush, were seen Nov. 7, 2021, participating in the coin toss before the Dallas Cowboys and Denver Broncos game at AT&T Stadium in Arlington. He was also a speaker on Nov. 9, 2021, in Erie, Pennsylvania, for the Jefferson Educational Society's Global Summit.