Were Accused Witches Burned at the Stake During Salem Witch Trials?

We tackled some of the most popular myths for Halloween. 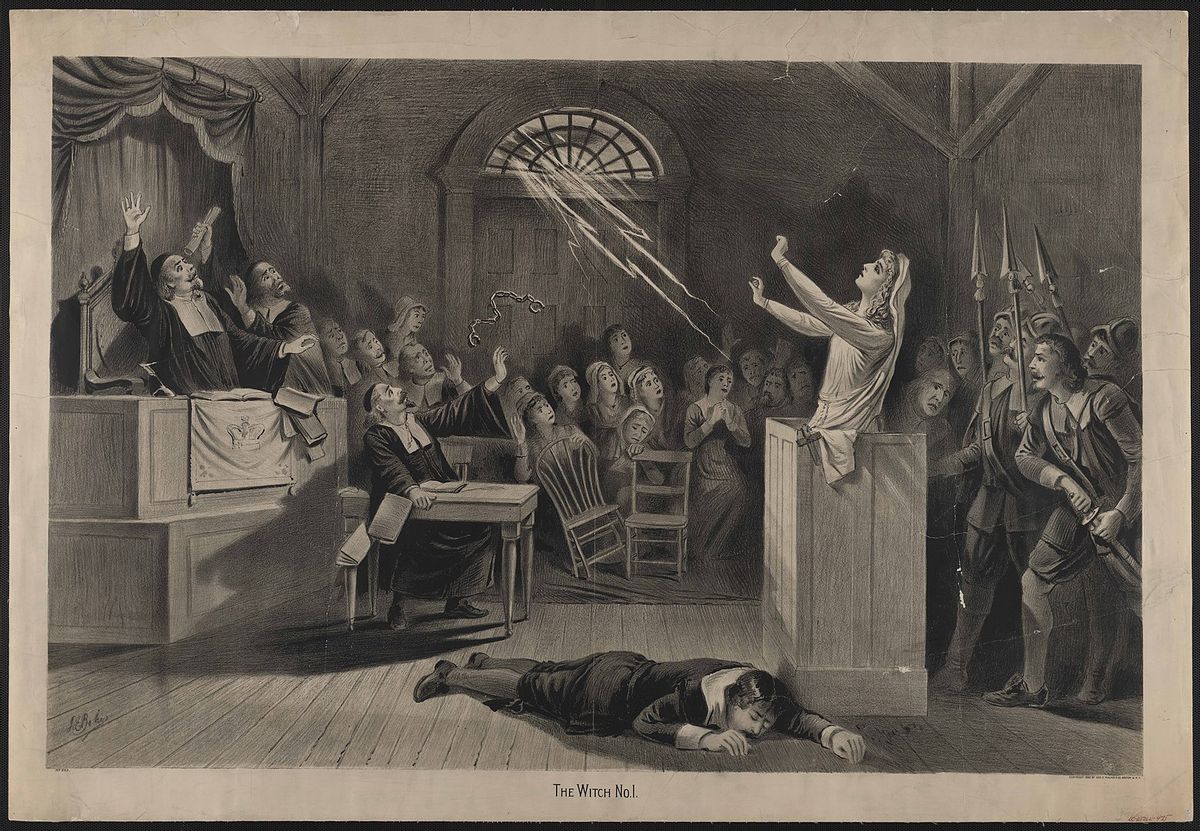 Claim:
People accused of witchcraft were burned at the stake during the 1692 Salem witch trials in New England.
Rating:

During the 1692 trials in Salem, Massachusetts, accused witches were hanged, not burned at the stake. The latter occurred in European witch hunts.

One of the most popular myths surrounding the stories of alleged witchcraft in colonial New England is that the accused were burned at the stake during the Salem witch trials. In 1692, hundreds of people, most of whom were women, were put on trial, and around 20 of them were executed.

During the witch trials in Salem, more than 200 people were accused of practicing the “Devil’s magic.” The accusations spread after a group of young girls had screaming “fits,” which included throwing things, contorting themselves, and uttering strange sounds. Under pressure from the local magistrate, the girls blamed three women for afflicting them.

In March 1692, two women claimed they were innocent, while a third — a slave named Tituba — said “The Devil came to me and bid me serve him." According to Brittanica, she initially “claimed to be blameless, but after being repeatedly badgered (and undoubtedly fearful due to her vulnerable status as a slave), she told the magistrates what they apparently wanted to hear.” She also said other women were looking to destroy the Puritans through witchcraft. Paranoia began to spread, according to the Smithsonian Magazine.

Throughout 1692 and 1693, accusations spread in Salem, just as the “witchcraft craze” in Europe was winding down. Witch hunts in Europe began in the 13th century, and continued into the 18th century. The European witch hunts resulted in tens of thousands of executions, including women being burned at the stake. Germany had the highest concentration of witch trials between the years 1561 to 1670, and The Washington Post reported that the French burned a lot of accused witches.

But in Salem, not one of the accused that eventually faced execution was burned at the stake. Instead, 19 of them were hanged.

In addition, a man named Giles Corey died from being crushed with stones. The widely cited History of Massachusetts blog, run by journalist Rebecca Beatrice Brooks, lists the number of executions and their respective trials. According to History.com, the practice of hanging the alleged witches was part of English law:

In accordance with English law, 19 of the victims of the Salem Witch Trials were instead taken to the infamous Gallows Hill to die by hanging. The elderly Giles Corey, meanwhile, was pressed to death with heavy stones after he refused to enter an innocent or guilty plea. Still more accused sorcerers died in jail while awaiting trial.

The myth of burnings at the stake in Salem is most likely inspired by European witch trials, where execution by fire was a disturbingly common practice.

According to Britannica, many of the accused were enemies of the Putnams, one of the families in Salem behind the accusations. In an already litigious environment, where property disputes and feuds were commonplace, accusing someone of witchcraft became a suitable way to settle scores.

Ultimately, the assumption that witches were burned at the stake in Salem appears to be a misconception drawn from more widespread witch burnings in Europe. The accused in Salem were executed mostly through hangings. Therefore, we rate this claim as “False.”