Does This Photograph Show a Dog Burned While Rescuing Its Family?

What happens when a social media prank achieves its intended results. 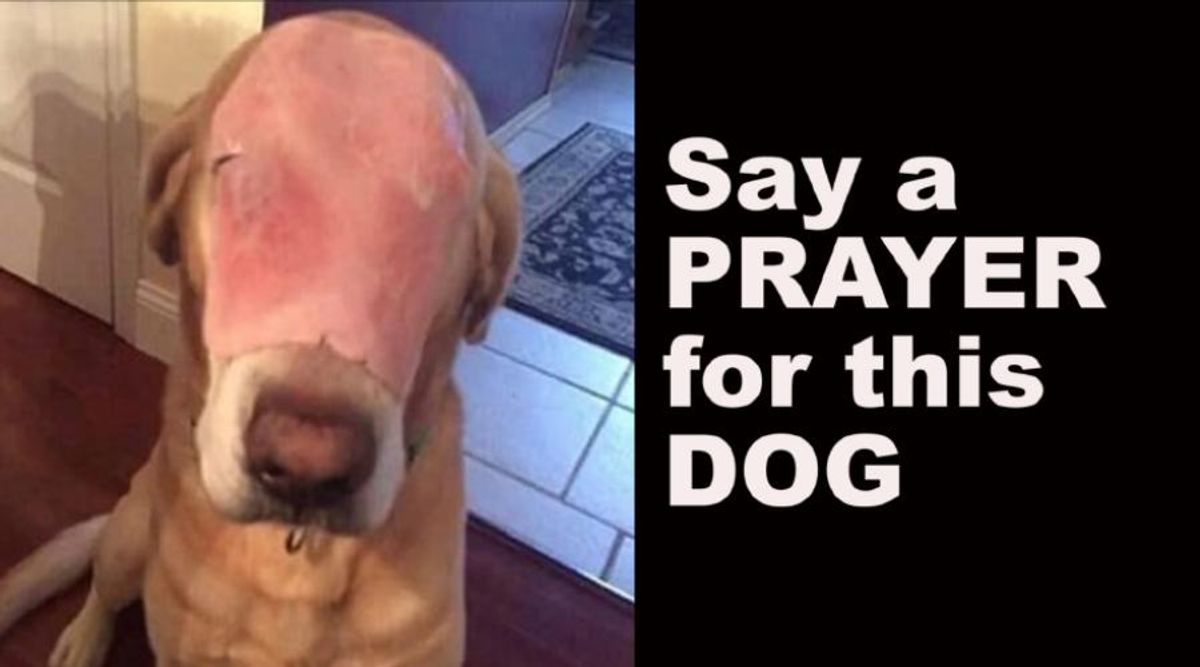 Claim:
A photograph shows a dog with a badly burned face suffered when the canine rescued its family from a fire.
Rating:

In December 2015, a picture purportedly showing a dog that had been badly burned while rescuing a family from a fire started circulating on social media: This image does not capture a dog who was badly burned while rescuing its family from a fire (or injured through any other means). The photograph shows a dog with a piece of ham on its face. While this may seem obvious to some viewers, several people liked and shared the above-displayed Facebook post as if it were a genuine item.

People, people this isn't even my dog, I found this picture on fascistbook, stole it, and decided to use it in a prank to fool these religitards

So I did, and low and behold idiots left and right fall for it, and those that didn't, seem to think they have a superior intelligence or something, for pointing out the obvious

Keep in mind, I never told a single soul to like this, that is their choice, I don't give a f*ck either way.

The image, in other words, was initially shared specifically to poke fun at both the people who tend to share "1 like = 1 prayer" messages on social media sites, and at the people who would subsequently point out that it was a joke.