Did Burglars Return Stolen Computers to a Rape Crisis Center? 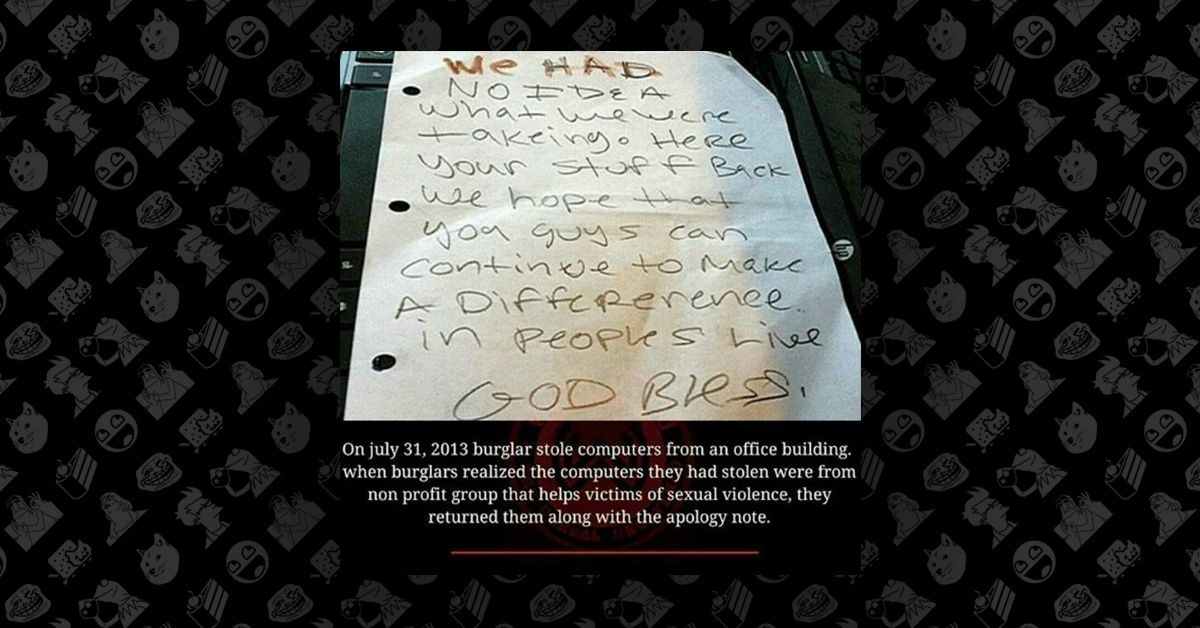 A popular image macro circulating online that depicts a show of remorse from unidentified burglars has a basis in truth.

Many versions of the macro show a handwritten note burglars apparently left by for the staff of San Bernardino Sexual Assault Services, just hours after they broke into that organization's facility on 31 July 2013. The note read:

We had no idea what we were takeing. Here [sic] your stuff back we hope that you guys can continue to make a difference in peoples live. God Bless.

The burglars had stolen six computer towers and a laptop from the non-profit, which provides counseling and advocacy assistance for survivors of both domestic violence and sexual assault. The burglars also caused about $5,000 in damages to the group's office.

The twist in the story led to widespread news coverage of it, as well as directing national attention at the non-profit group. As executive director Candy Stallings said at the time:

Victims are calling from all over the place, wanting to talk. The note is bringing a lot of people to our services that needed our services all along.

The group subsequently created an online fundraising campaign, which to date has garnered $12,263 in donations.