Did a Burglar Sue a Homeowner After Being Raped by German Shepherds While Stuck in a Dog Door?

According to the story, the burglar sued for $850,000 in damages. But did this really happen? 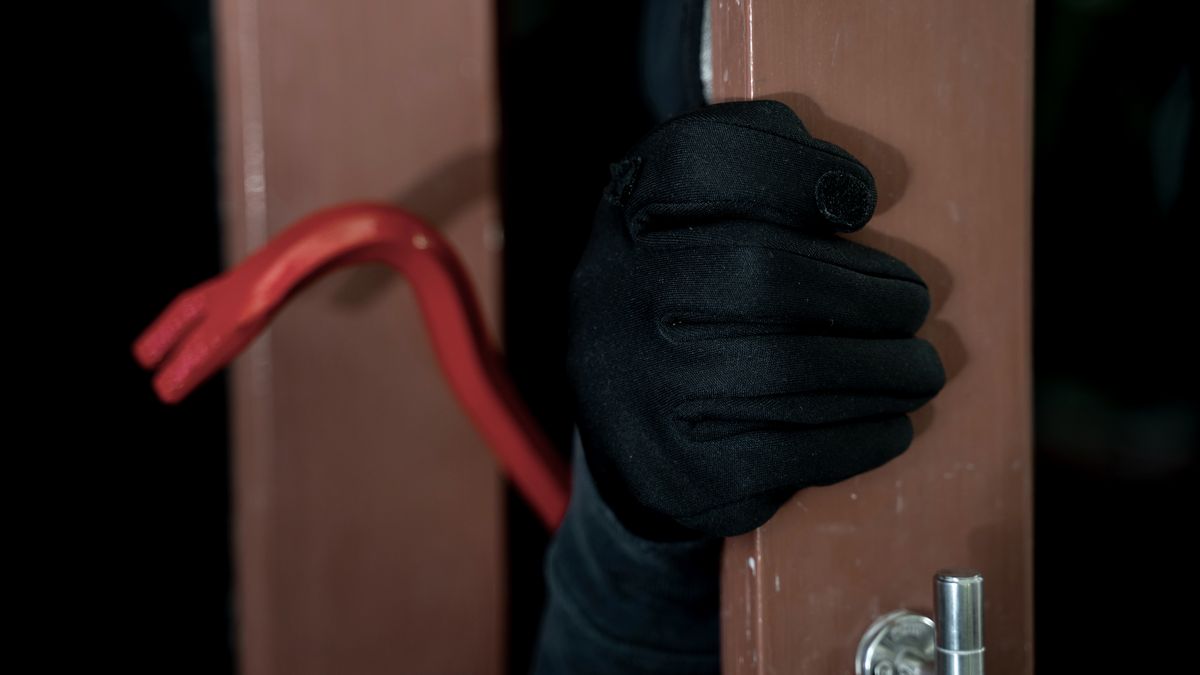 A stock photo of a burglar breaking into a home. (Image Via Seksan Mongkhonkhamsao/Getty Images)

Claim:
A burglar sued a homeowner after being raped by two German Shepherds while stuck in the house's pet door.
Rating:

In January 2023, a screenshot of a purported news headline was shared on social media that claimed, "Burglar sues homeowner after being raped by German shepherds while stuck in house's pet door."

The beginning of the article read, "A young home invader arrested after calling the police himself to report he was being raped by his victim's dogs, has filed an $850,000 lawsuit against his victims, alleging physical and psychological trauma." 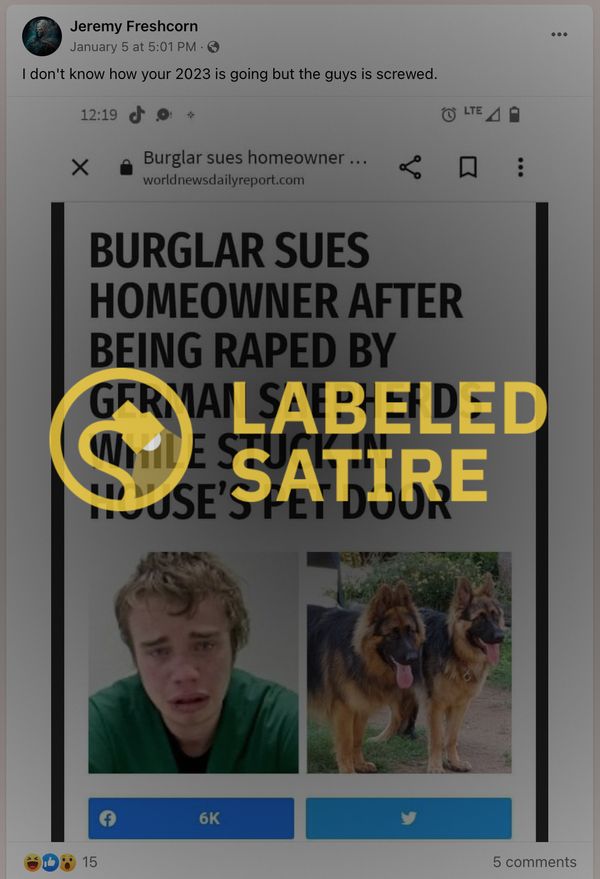 This was one of numerous Facebook posts that we found.

However, this story originally came from World News Daily Report, which has a disclaimer page that says it publishes satire. In other words, this tale of a burglar being violated by two dogs never really happened.

The mugshot that appeared in the story belonged to a young man named Sam Ogden, who was ridiculed by British tabloids after appearing to cry in his photo. He was arrested in the U.K. in 2018 after being suspected of attempting to steal cars. His case had nothing to do with dogs.

The satirical article appears to have been published in March 2021. The beginning of the story went like this:

23-year old Jonas Carlson attempted to break into a Baton Rouge residence on February 26 by going through the residence's pet door.

Unfortunately for him, things didn't work out exactly as planned and he got seriously stuck in the small entrance designed for dogs… and things only got worst from there.

According to the version of the events he presented in his lawsuit, the two German shepherds in the yard took advantage of his vulnerable position to tear his pants apart with their teeth and take turns raping him repeatedly.

Mr. Carlson claims the savage assault lasted more than an hour and a half non-stop before he called the police to turn himself in and 45 more minutes before the police arrived.

The World News Daily Report website was inaccessible at the time that we published this fact check. However, it was still available for reading on the Internet Archive's Wayback Machine.

As previously mentioned, the disclaimer page on World News Daily Report specified that it published satirical content. Here's what that disclaimer says:

The nature of Internet communications means that your communications may be susceptible to data corruption, unauthorized access, interception and delays. This website may include incomplete information, inaccuracies or typographical errors. World News Daily Report, and any other persons involved in the management of this website, may make changes in the information and content included in this website at any time without notice.