A disreputable web site distorted a years-old story and falsely asserted that the Burger King fast food chain "admitted it has been selling burgers that contain horsemeat." 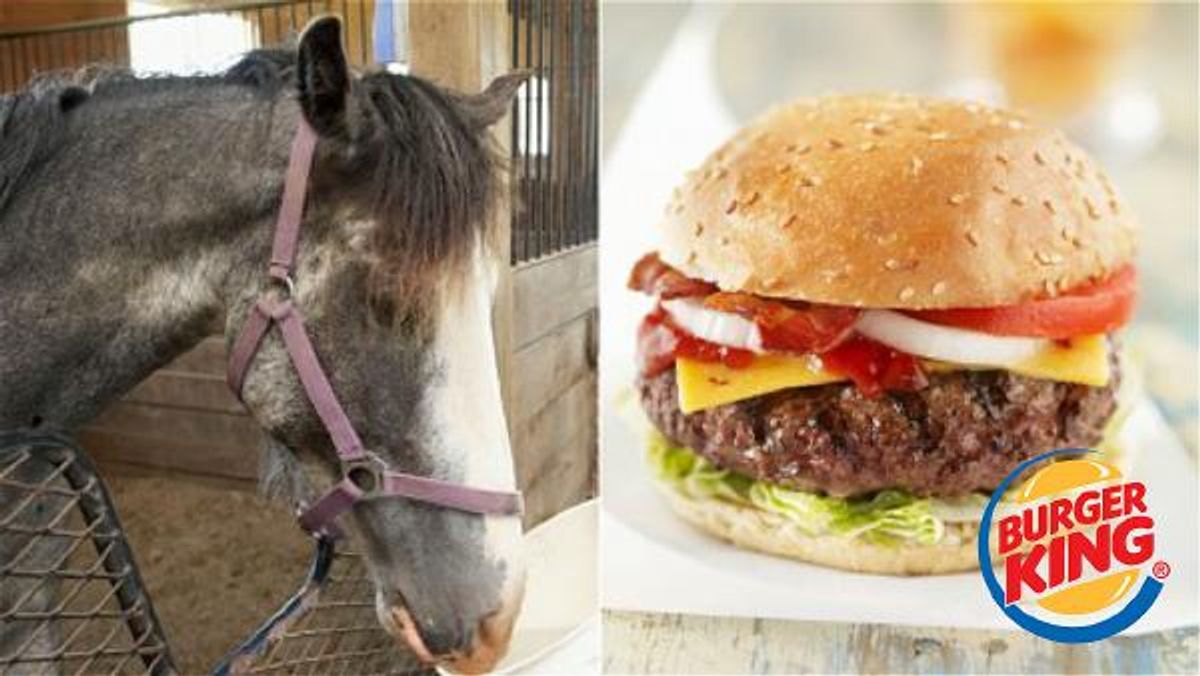 On 5 September 2015, the notoriously unreliable web site Before It's News published an article stating that the Burger King fast food chain had "now admitted after continuous denial that it has actually been selling UK customers both burgers and Whoppers that contain horsemeat":

In a piece of highly disturbing news, Burger King has now admitted after continuous denial that it has actually been selling UK customers both burgers and Whoppers that contain horsemeat. This admission comes just after The Guardian reports that Burger King reps offered a round of ‘absolute assurances’ to customers that it did not ever use horsemeat in its products.

A series of tests done on the burger products now reveal that Burger King has been issuing completely phony statements, with burgers made for the fast food chain from the Irish company Silvercrest containing measurable levels of horsemeat. It’s important to note this is the same company that processes meat for Tesco, Asda, and the Co-op. The managers at Silvercrest have been revealed to be utilizing non-approved ingredients within their burger assortment — even for ‘household brands’.

The Before It's News piece misleadingly linked to a nearly three-year-old article from the UK newspaper The Guardian referencing a controversy that began in late 2012 when subsidiaries of the ABP Food Group (including Silvercrest Foods and Dalepak Hambleton) were discovered to have been inadvertently been supplying beef products contaminated with horsemeat to retailers in Ireland and the UK. Although Burger King beef products were not targeted in contamination tests performed by Irish authorities at the time, and the chain was not found to be serving "burgers containing horsemeat," the company quickly switched production facilities in order to ensure the safety and quality of their offerings:

The fast food company — whose products were not tested in the food standards checks by Irish authorities that sparked the furore — moved production from the Silvercrest plant in Ireland to Germany and Italy as a precaution. [The company] said test results at the plant revealed "very small trace levels" of horse DNA in its products, but burgers taken from restaurants had tested negative.

As governments in Ireland, the UK and Poland, where a supplier used by Silvercrest for a year is thought be the source of the contamination, continued their investigations, Burger King admitted that, contrary to previous assurances made to it by Silvercrest, it too had now been linked to the scandal. Authorities insist there is no health danger to consumers.

Burger King said: "Our independent DNA test results on product taken from restaurants were negative for any equine DNA. However, four samples recently taken from the Silvercrest plant have shown the presence of very small trace levels of equine DNA. Within the last 36 hours, we have established that Silvercrest used a small percentage of beef imported from a non-approved supplier in Poland. They promised to deliver 100% British and Irish beef patties and have not done so. This is a clear violation of our specifications, and we have terminated our relationship with them."

In short, Burger King stated back in early 2013 that trace amounts of horse DNA had been found at one of their suppliers' plants, but they had immediately discontinued use of that supplier as a precaution, and no horse DNA had actually been found in the chain's burgers. Nonetheless, the disreputable Before It's News site deliberately misrepresented a nearly three-year-old story about a horsemeat contamination scandal that had barely touched Burger King to make it appear that the chain was now acknowledging they are currently selling horsemeat to customers who order hamburgers.