Did a 'Bunker Boys' Vietnam Vet Group Write a Letter to Brittney Griner?

A message board post provided a clue that appeared to lead to answers. 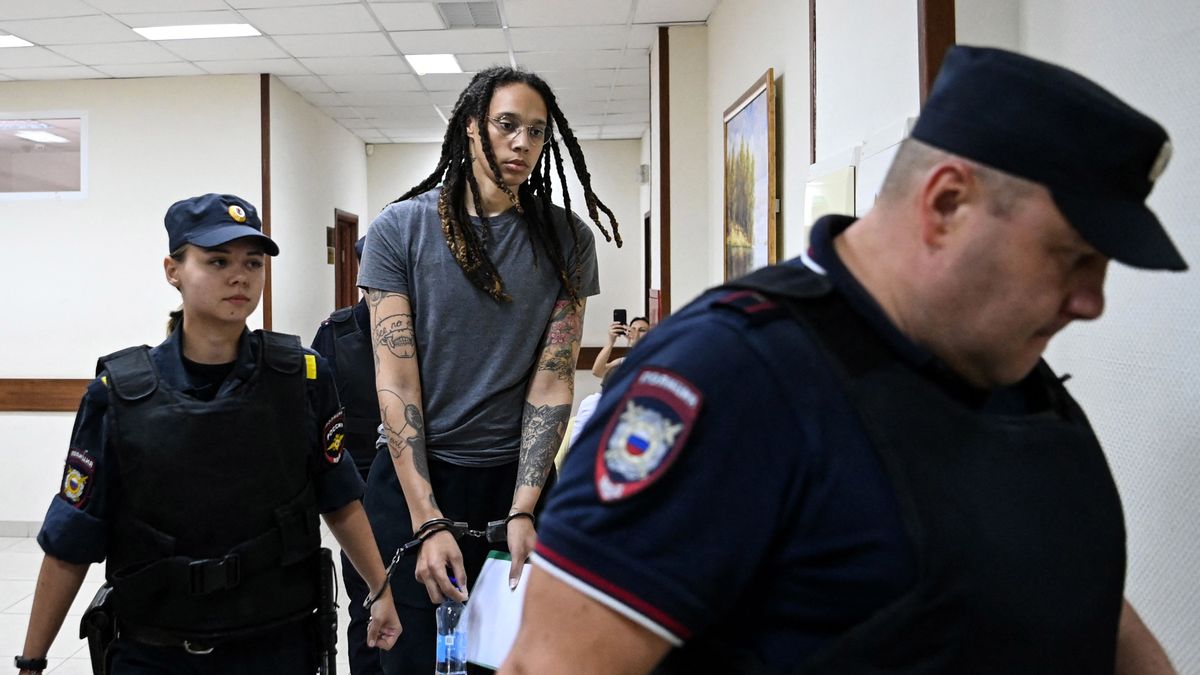 On July 19, 2022, a Facebook user named Marilyn Smith Hancock posted what looked to be an open letter from a group of U.S. veterans of the Vietnam War that was addressed to WNBA player Brittney Griner. The aim of the letter appeared to be to teach Griner about both war and what the veterans who were referenced viewed as the importance of respecting the U.S. national anthem.

Earlier in the year, on Feb. 17, Griner was arrested in Russia after authorities said they found vape cartridges containing marijuana concentrate hashish oil in her luggage, CBSSports.com reported. She was later released on Dec. 8 in a prisoner exchange for a convicted Russian arms dealer named Viktor Bout. The release appeared to reignite interest in Hancock's Facebook post that featured the letter.

Readers asked us to look into the matter, as the post with the letter was on track to be shared more than 500,000 times by the end of the year.

A Google search for the text in the letter led us to a reply on the Copytechnet.com forums, which pointed to a user named Gerald Hege as having posted it before Hancock. That one reply on the message board helped us locate what turned out to be the source of the letter.

Hege's Facebook profile matched some of the details in the letter, which initially indicated to us that he may have been one of its authors. Both the letter and his Facebook profile mentioned living in North Carolina. Also, he appeared to have posted pictures of himself and other U.S. service members during the Vietnam War, as well as present-day photographs with signage that mentioned a place known as Bunker Boys Ranch.

Hege told us via Messenger that the "Bunker Boys" is "a group of 74-80 year old war veterans that meet and feed veterans at the Bunker Boys Ranch located in Pilgrim, N.C., just outside of Lexington, N.C."

Shortly after the open letter to Griner was posted on Hege's account, he made another post that talked more about Bunker Boys Ranch.

In addition to Hege's post with the open letter to Griner, we also found that it had been shared on Reddit, the Long Island Firearms forums, and other websites.

The text of the "Bunker Boys" letter to Griner read as follows:

Brittney Griner; Dear Mrs. Griner, We hope this letter finds you in good health and we understand you are having some rough times in your life. We are a group of old Vietnam Combat Veterans from North Carolina. Our average age is around seventy years old. We call ourselves, The Bunker Boys. We spent a lot of time living in rat and snake infested holes in the ground known as Bunkers. When we were not in the bunkers we were crawling through the jungle being shot at and shooting back at little people wearing black pajamas. We must be honest and tell you that the only thing we may have in common with you, is that we too, were drafted. We noticed you were drafted number one in the WNBA draft a few years ago. Since we all were drafted we thought we might let you know what it was like when we were drafted. Unlike you, most of us had no college. The people of the United States drafted us. We consisted of all colors, religions and personal beliefs. We had no choice of which team we played for; Army, Navy, Air Force or Marines. We were sent halfway around the world to fight and kill people we didn't know in a place we had never heard of. We were paid, we know you can relate to this, $3.00 a day and required to work 24 hours a day if needed. When we returned home many or most of us were treated very badly by our fellow Americans. We were spit on, hit by bottles and rocks as the police stood by and watched. We did not complain, we just continued on in life and made the best of it. We fought for God, family, country and of course, the Flag and the National Anthem; a poem that was written by, of all people, a lawyer. He wrote the poem as he watched bombs fall on and kill fellow Americans. Ever since that night, our nation has played that little poem before millions of social functions. For some people it's just a little song. For a Veteran it is a reminder of how many men and women of all colors, have given their life so the rest can have the right to be free. We found in our research that you requested the National Anthem not be played at sporting events. We find it odd that now you are requesting the citizens of the United States to pay for your release from a jail in Russia. Yes, we the taxpayers are paying for all of those diplomats working on your release. Our Government told you, and all fellow Americans in Russia, to leave Russia after the invasion of the Ukraine. You play basketball in a country that is known to treat Americans badly. You fly a great deal and must know by now, all the rules of what one can bring into a country. All of us that travel know the rules for entering a foreign country. You are a guest and must go by the rules of the land. By your own admission, you were attempting to bring an illegal substance into a country that is known for its long prison sentences. You had to know this because you are making a million dollars a year to play a game and hold a college degree. At six feet nine inches tall, you know that security officers are going to focus on you from the moment you stand in the boarding pass line. We also noticed that you are now saying you placed the drugs in your luggage by accident. Please, that is something an 18 year old would say. We also found out that your net worth is somewhere around $ 5 million bucks for playing a game. For old guys like us, living on a fixed income, that's a lot of money for just playing a game. Don't get us wrong; we are not against you. We all went and fought so all Americans can have the freedom to make their own choices. We just hope the next time you have to endure the playing of that little poem, you will pay close attention to the, " Land of the free," part. Wishing you the very best, The Bunker Boys…

The letter claimed that Griner had previously requested that the national anthem not be played at WNBA games. We confirmed this to be true in one of our past stories.

Dec. 14, 2022: This story was updated after we received a response from Gerald Hege.