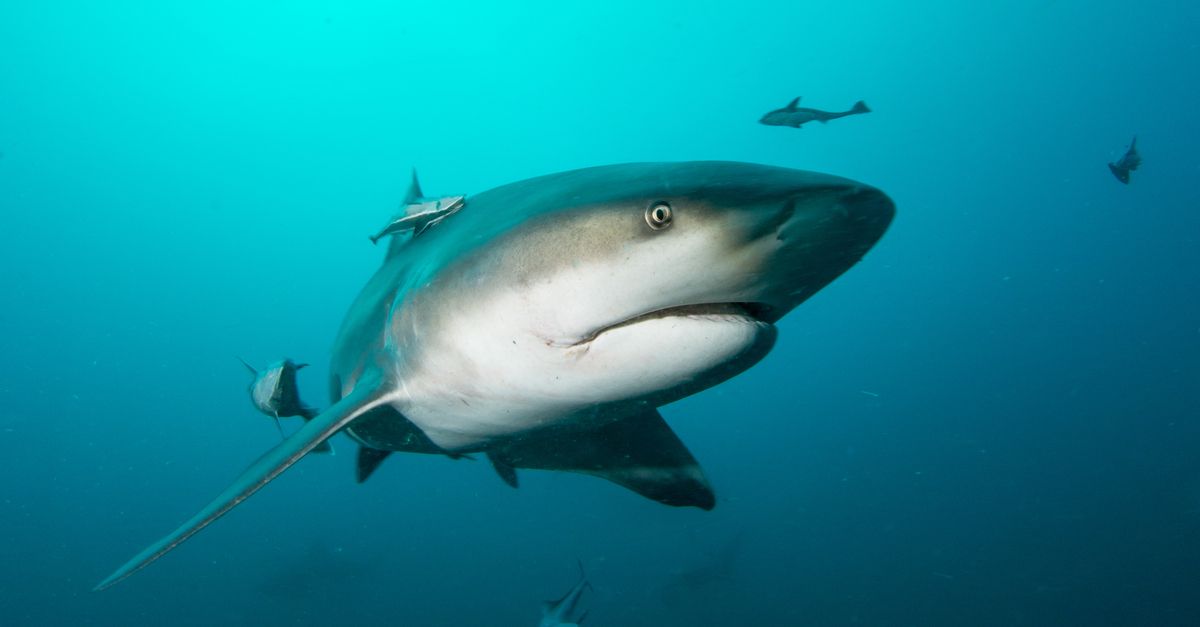 In June 2017, fake news web site React365 posted a captioned photo of a shark fin peeking out of a body of water with the headline "Bull Shark Spotted in Kentucky Lake": Slight though it was, the page got a lot of play on social media — partly, we hope, in recognition of its humorous intent. A nine-foot-long bull shark was not, in fact, found in Kentucky Lake, a man-made reservoir along the western borders of Kentucky and Tennessee.

The Kentucky Department of Fish and Wildlife Services made that clear in a sternly worded Facebook post dated 27 June 2017:

A grammatically challenged disclaimer on the site claims its purpose is entertainment:

Sticklers for detail will have noticed that the image shared with the React365 post does not depict the fin of a freshwater bull shark, but that of a great white shark instead. The image, normally credited to UC Davis, has been used all over the Internet for the past seven years or more, including in actual news stories.