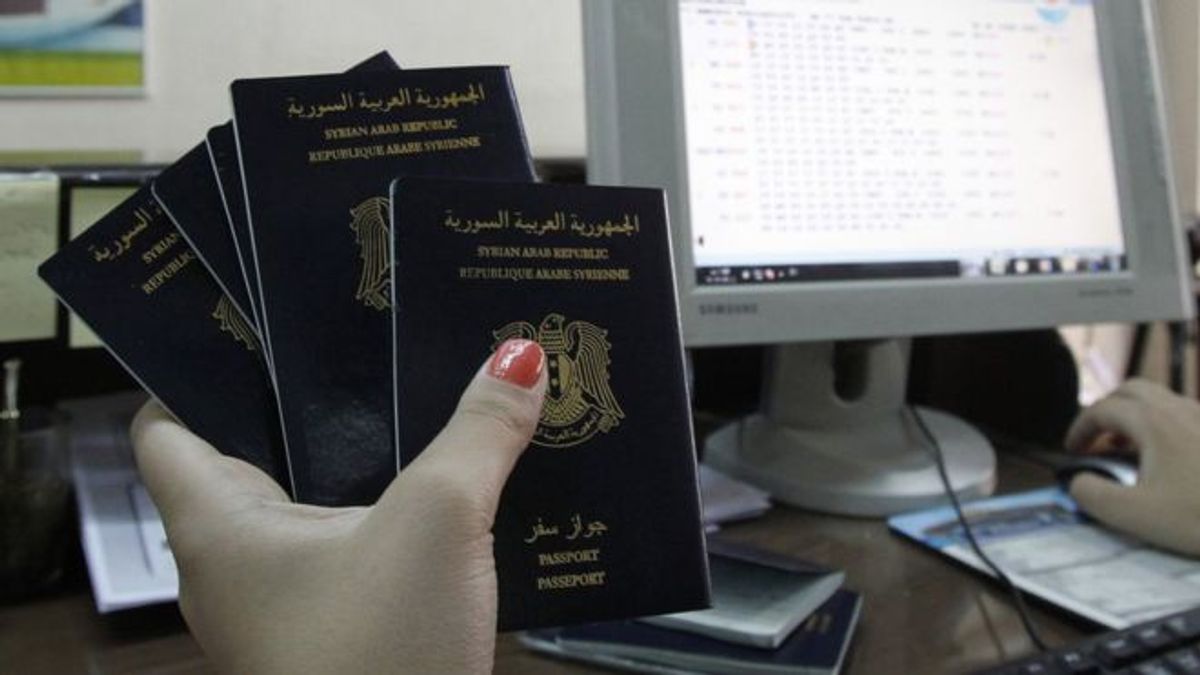 Bulgarian Police Discover Boxes Owned By Muslim Refugees Going to Germany, and in Them They Find 10,000 Fake Passports That Were Going to Be Given to Islamic Terrorists

[green-label]Origins:[/green-label]   On 14 September 2015, blogger Walid Shoebat published an article maintaining that Bulgarian police had "recently" uncovered 10,000 falsified passports in the possession of a covert operative for the Islamic State (ISIS), and that the documents in his possession were part of a larger plot involving ISIS, Turkey, and Saudi Arabia to invade Europe:

Police officers in Bulgaria discovered boxes owned by Muslim refugees heading for Germany, they found 10,000 fake passports made in Turkey, that would have been given to terrorists.

The fact that these passports were made in Turkey show that the inundation of refugees is part of a conspiracy devised by Turkey, ISIS and Saudi Arabia ... What you are seeing in Europe is not the coming in of refugees, but an invasion. These are not refugees, but invaders. These people barging into Europe are criminals for the most part. They are coming into Europe with their anti-Christian sentiments.

The article in turn cited a 9 September 2015 article on the web site The New Observer titled "ISIS Terrorist Arrested in Stuttgart 'Refugee' Center; 'Boxes' of Fake Syrian Passports Intercepted," which claimed that:

According to a report carried by RTL’s German language service, the terrorist is a 21-year-old Moroccan using a “false identity” who had registered as an asylum seeker in the district of Ludwigsburg. He was identified after police linked him to a European arrest warrant issued by the Spanish authorities. He is accused of recruiting fighters for ISIS, where he acted as a contact person for fighters who wanted to travel to Syria or Iraq.

This first confirmed arrest of a bogus “asylum seeker” came simultaneously with the admission by a German finance ministry spokesman that “boxes” of fake Syrian passports, destined for sale and distribution to the hordes of nonwhite invaders seeking to settle in Europe as bogus “war refugees,” had been seized.

That news, carried in a report by the German Tagespiegel newspaper, also revealed that 10,000 fake Syrian passports were seized by police in Bulgaria, on their way to Germany.

The first link in the New Observer article in turn referenced an 8 August 2015 article on German web site RTL, which dealt with the arrest of a suspected ISIS supporter but made no mention of a seizure of falsified passports:

In an asylum seeker accommodation near Stuttgart a suspected supporter of the terrorist militia Islamic State (IS) has been arrested. The 21-year-old Moroccan was under suspicion of terrorism, told the Prosecutor General's Office of Stuttgart and the state police. According to the investigators, the suspect was submerged under a false identity as an asylum seeker in the district of Ludwigsburg.

The New Observer also linked to an 8 September 2015 article published by German news site Der Tagesspiegel, which simply reported upon the high demand for identification documents among refugees and made no mention of the 21-year-old Moroccan man suspected of terrorism. The article noted that many refugees lacked documentation due to ongoing unrest in their homelands or sudden flight, but it didn't suggest or claim that terrorism was in any way linked to the refugees' interest in obtaining passports (real or otherwise):

Fake or real Syrian passports have become a coveted commodity on the black market in Germany and other countries. In Bulgaria, the police recently 10,000 false Syrian passports safe. The documents will be sold for a lot of money to prospective customers because they are important for a successful application for asylum in the West. Many of the approximately two million Syrians who in recent years in Turkey came to have no valid identity papers more. Some lost their passports during the escape, others never had papers: The Kurds in Syria, for example, were not considered as citizens, but as stateless persons of Damascus long.

The connection between the two articles linked by The New Observer was unclear, as the Moroccan man's August 2015 arrest appeared wholly unrelated to the September 2015 report mentioning a discovery of fake passports in Bulgaria. Moreover, Der Tagesspiegel didn't provide any links to articles or reports about a purported seizure of forged documents, and its article lacked even a date or details about the "10,000 passports" claim.

The closest match for the claim was in an article dated 25 August 2014 (one year earlier, and not "recently") and published by Turkey's state-run Anadolu Agency, about a seizure of a fake Syrian passports in Bulgaria:

Secretary General of the Bulgarian Interior Ministry Svetlozar Lazarov said five people including a woman were detained in connection with the operation of the illegal production of the passports.

The officials found around 10,000 components for the production of the fake Syrian passports which allegedly were to be smuggled to Turkey.

Lazarov also said the head of the illegal network was a forty-year old Bulgarian, but did not release the name of the ringleader.

If there was a separate incident involving the seizure of 10,000 passports by Bulgarian police in 2015, none of the September 2015 articles linked to it. A search for additional sources led to an August 2014 article about the seizure of material sufficient to produce 10,000 passports in Bulgaria (not 10,000 completed passports headed to refugee camps), and that article reported that the individuals arrested in connection with that seizure were Bulgarian, not Syrian. No clear connection existed between the arrest of a Moroccan national in August 2015 and the purported passport seizure, and the conflation of the two reports seemed primarily to serve to suggest that Islamic State operatives were behind an earlier, unrelated string of arrests in connection with falsified passports.