No, the Owner of WTC Building 7 Didn't 'Admit' It Was Demolished After 9/11 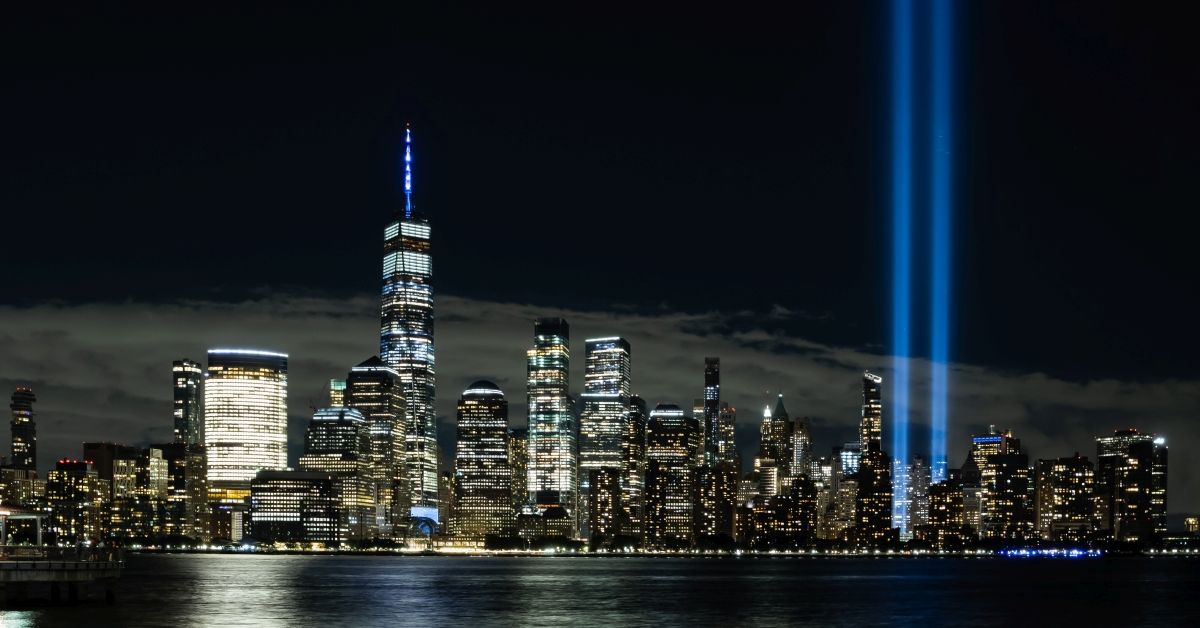 Claim:
The owner of World Trade Center's building 7 "admitted" it wasn't brought down by the 9/11 terrorist attack but rather by a controlled demolition.
Rating:

More than two decades after the Sept. 11, 2001, terrorist attacks, conspiracy theories about them remain prevalent.

Believers in 9/11 conspiracy theories generally assert the attack that took thousands of lives was not an act of terrorism but rather the work of a cabal of secret global elites, or an inside job perpetrated by the U.S. government.

One key element of the conspiracy theories is the seemingly unexpected collapse of building 7, which unlike the Twin Towers, wasn't struck by jetliners:

The tragedy that unfolded that day had a dramatic impact on the country. Beyond the near-term shock and emotional trauma inflicted by the attack, it was an inflection point leading to controversial domestic anti-terrorism policies, an era of anti-Muslim hate crimes and bigotry, and the wars in Iraq and Afghanistan — the latter being the longest in U.S. history.

Another effect was fueled by "Loose Change," a 2005 viral video that also became fodder for a new era of internet conspiracy theorists. The video promotes the false claim that the towers collapsed as the result of a controlled demolition, as opposed to structural failures resulting from the fires started by jet fuel.

That's where the misrepresentation of Larry Silverstein's comments come in.

Silverstein was interviewed for the PBS documentary "America Rebuilds." But he never said, let alone "admitted," that he had ordered building 7 demolished. He said:

I remember getting a call from the fire department commander, telling me that they were not sure they were gonna be able to contain the fire, and I said, "We've had such terrible loss of life, maybe the smartest thing to do is pull it." And they made that decision to pull and we watched the building collapse.

As the BBC reported, citing misinterpretation of his words, a spokesperson for Silverstein issued a follow-up statement clarifying that by using the phrase "pull it," he was not referencing the building itself but the crew of firefighters inside the building:

In the afternoon of September 11, Mr Silverstein spoke to the Fire Department Commander on site at Seven World Trade Centre.

The Commander told Mr Silverstein that there were several fire fighters in the building working to contain the fires.

Mr Silverstein expressed his view that the most important thing was to protect the safety of those fire fighters, including, if necessary, to have them withdraw from the building.

Later in the day, the Fire Commander ordered his fire fighters out of the building and at 5:20pm the building collapsed. No lives were lost at 7 World Trade Centre on September 11, 2001.

In sum, Silverstein never said he had ordered the building demolished. Instead, conspiracy theorists twisted his vague wording in the documentary interview to suit their own agenda. Silverstein later stated that his comments had been mischaracterized and clarified that what he meant by "pull it" was the crew of firefighters inside the building, not the building itself.

The National Institute of Standards and Technology's investigation concluded that building 7's collapse wasn't caused by a controlled demolition. Debris from the collapsed North Tower started a fire in the building. The fire sprinkler system in the lower floors had failed, allowing the fire to burn out of control, which eventually caused steel support elements to thermally expand. This led to a chain of structural failures that caused the building's collapse.

“Questions and Answers about the NIST WTC 7 Investigation.” NIST, 24 May 2010, https://www.nist.gov/pao/questions-and-answers-about-nist-wtc-7-investigation.