Did Budweiser Pull Advertising from the NFL Over National Anthem Protests?

A rumor holding that the brewing company had "pulled out of the NFL" over "take a knee" protests against inequality was baseless. 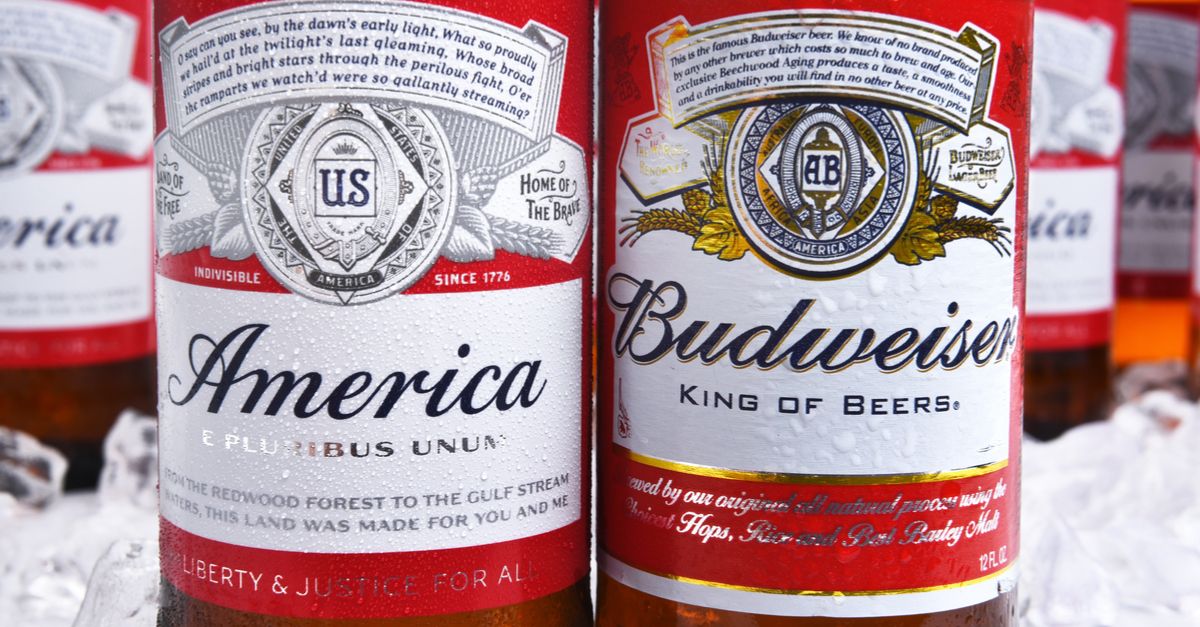 Claim:
Budweiser stopped advertising with the NFL due to the controversy over players kneeling in protest during the national anthem.
Rating:

A rumor holding that Budweiser had "just pulled out of the NFL" was circulated on social media in September 2017 amidst renewed controversy over players kneeling during the national anthem in protest of police brutality and inequality: There was no truth to this rumor. Budweiser, a brewing company that is owned by Anheuser-Busch InBev, did not announce that they were ending their relationship with the National Football League. A spokesperson for Budweiser confirmed that the company had no plans to end its sponsorship of the league:

This rumor is false.

We have many long-term sports partnerships, including our NFL sponsorship, and while we may not agree on everything, we still believe in the power of sport to bring people together and overcome their differences. We have no plans to end our NFL sponsorship.

Some social media posters also claimed that Budweiser had released a statement expressing their disappointment in the NFL for how the league had handled the recent protests:

“We are disappointed and increasingly concerned by the recent incidents that have overshadowed this NFL season. We are not yet satisfied with the league’s handling of behaviors that so clearly go against our own company culture and moral code. We have shared our concerns and expectations with the league.”

Although this statement is real, it was released in 2014 in response to the league's handling of a string of domestic violence incidents involving NFL players. It has nothing to do with the later controversy over NFL players taking a knee during the national anthem.