The video was virally shared on TikTok, Twitter, and other social media platforms, despite a lack of evidence. 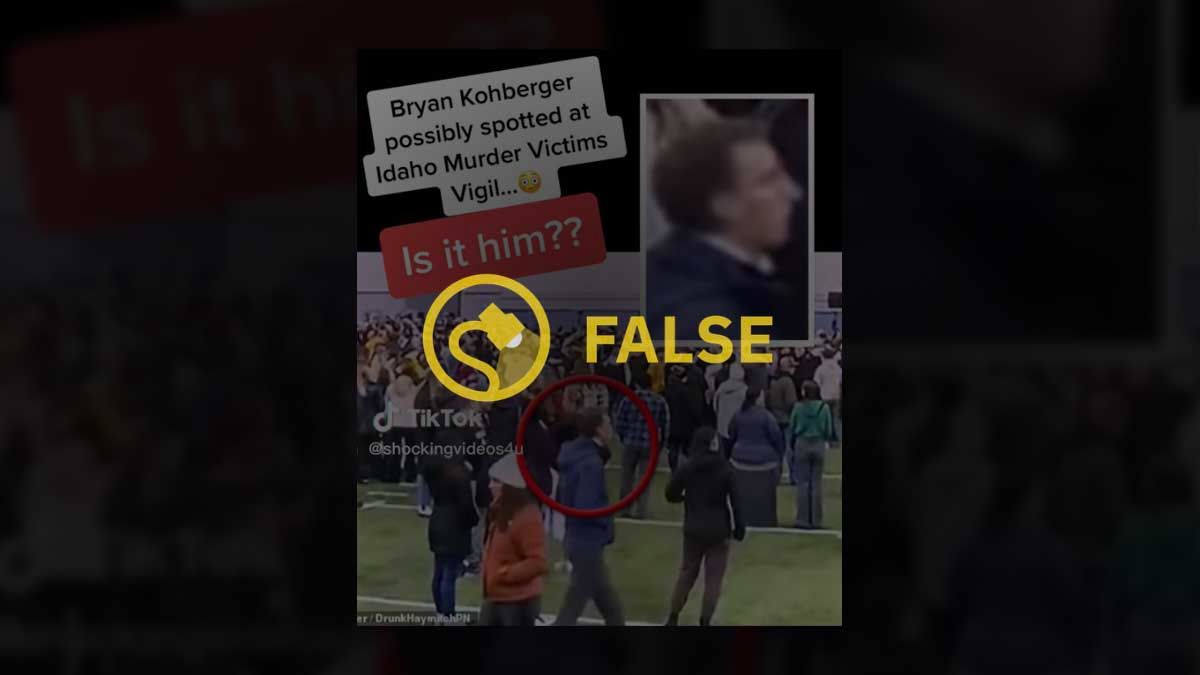 In early January 2023, social media users shared a video with the claim that it showed Bryan Kohberger attending a vigil for the four University of Idaho students with whom he would later be charged with murdering.

In a static, wide-shot video from the vigil, a tall, thin, white man can be seen walking from left to right while wearing a blue jacket with his hood down. He was wearing glasses and also wore grey pants.

One Twitter user posted, "The blue coat guy at the vigil for the slain Idaho college students appears to have identical profile as Bryan Kohberger being escorted into court today. Same weak chin, same long nose same, hollowed out eyes and same height of hairline. It's Bryan at that vigil! #BryanKohberger."

Another user posted, "Bryan Kohberger was actually there, brazen to attend glorifying in the murders he had just committed amidst family and students."

However, the truth of the matter was revealed by Inside Edition Chief Correspondent Jim Moret, who had attended the vigil.

Moret (or a videographer colleague) recorded raw video at the vigil, which showed a closer view of the man in the blue jacket. That closer look revealed that he was not Kohberger.

The moment in the report that's relevant to this fact check begins at the 1:16 mark below.

For readers who are unfamiliar with this case, The Associated Press published an explainer on Jan. 4.

Kohberger was arrested on Dec. 30 and charged with first-degree murder:

It's been weeks since four University of Idaho students were stabbed to death in their beds, and now some of the mystery surrounding the case may soon fall away.

Bryan Kohberger, who was attending a nearby university around the time of the killings, was returned to Idaho on Wednesday to face charges of first-degree murder after his arrest last week. Court documents that could shed light on many unanswered questions are expected to be unsealed soon, even as a magistrate judge issued a sweeping gag order prohibiting anyone from discussing the case with media.

Kohberger was arrested Dec. 30 in connection with the deaths of Kaylee Goncalves, Madison Mogen, Xana Kernodle and Ethan Chapin.

Inside Edition. "A Facebook Post Has Many People Wondering If Accused Killer Bryan Kohberger Was Secretly Posing as a Citizen Sleuth Investigating the Murders of Four Idaho College Students." Twitter, 9 Jan. 2023, https://twitter.com/insideedition/status/1612600106661838849.