Did Brunei Announce a Law to Punish 'Gay Sex' with Death By Stoning?

Celebrities led a social media campaign against criminal reforms scheduled for April 2019 by the government of the Islamic monarchy. 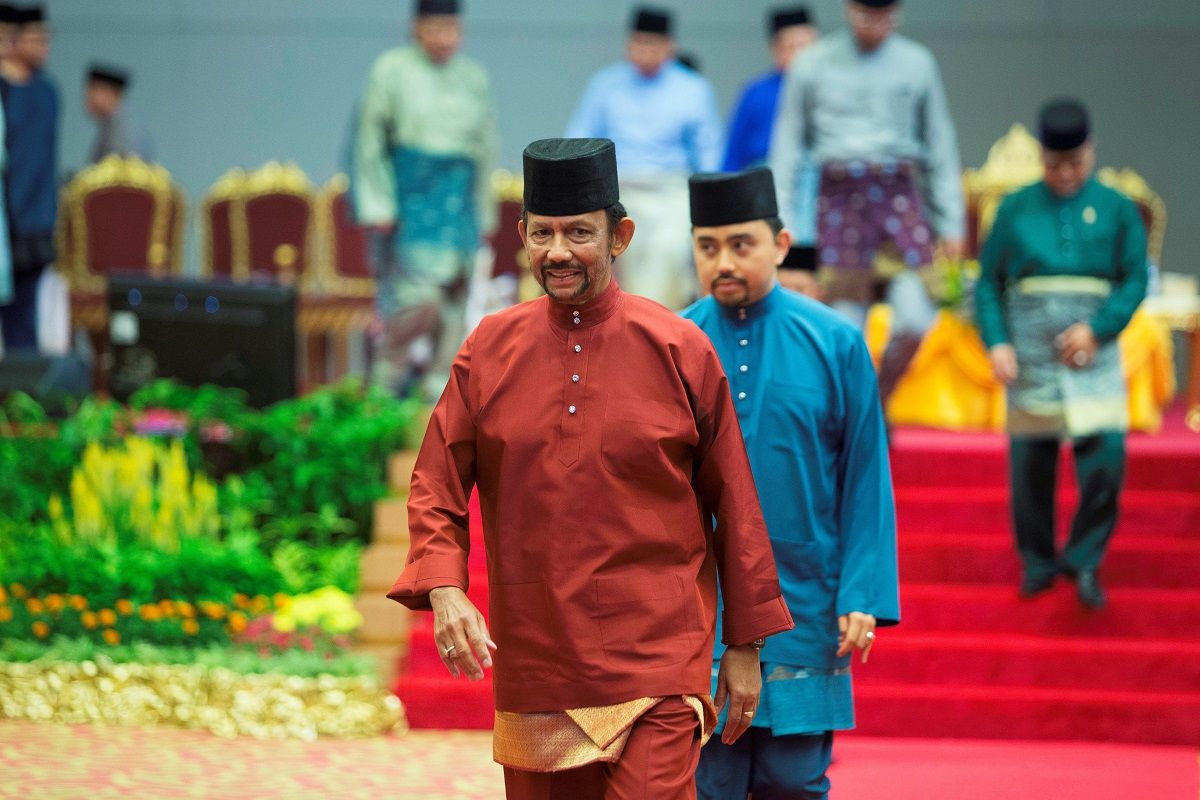 Claim:
In 2019, Brunei confirmed their intention to introduce new laws that included a penalty of death by stoning for gay sex.
Rating:

In the spring of 2019, reports emerged claiming that the government of Brunei was set to introduce a raft of new criminal laws on 3 April, which would include a penalty of death by stoning for people convicted of same-sex sexual relations.

In March and April, celebrities including Ellen DeGeneres, George Clooney and Elton John led calls for a boycott of U.S. and European hotels purportedly owned by the Sultan of Brunei, Hassanal Bolkiah:

Tomorrow, the country of #Brunei will start stoning gay people to death. We need to do something now. Please boycott these hotels owned by the Sultan of Brunei. Raise your voices now. Spread the word. Rise up. pic.twitter.com/24KJsemPGH

That social media campaign, as well as multiple news reports, prompted inquiries from Snopes readers about the facts surrounding the new laws.

Brunei did indeed announce their intention to bring into effect on 3 April 2019 a new penal code that included the punishment of death by stoning for gay sex, adultery and other acts.

In December 2018, the office of Brunei's Attorney General issued a notice announcing that 3 April 2019 would see the final phase of a six-year rollout of Sharia (Islamic law) in the Southeast Asian Islamic monarchy.

On 30 March 2019, the office of Brunei's Prime Minister -- a role also occupied by Sultan Hassanal Bolkiah -- issued a statement confirming his intention to implement the changes to the country's criminal laws:

Brunei Darussalam is a sovereign Islamic and fully independent country and, like all other independent countries, enforces its own rule of laws. Brunei Darussalam has always been practising a dual legal system, one that is based on the Syariah Law and the other on Common Law. In fully implementing the Syariah Penal Code Order (SPCO) 2013 from 3rd April 2019, both systems will continue to run in parallel to maintain peace and order and preserve religion, life, family and individuals regardless of gender, nationality, race and faith.

The Syariah [Sharia] Law, apart from criminalizing and deterring acts that are against the teachings of Islam, it also aims to educate, respect and protect the legitimate rights of all individuals, society or nationality of any faiths and race.

In October 2013, Brunei published a major set of reforms, the Syariah [Sharia] Penal Code, which would see Sharia law implemented alongside the country's common law legal system in three phases in the following years. The third and final set of laws was what was scheduled to come into force on 3 April.

The components of the Syariah Penal Code that have provoked the greatest concern and outrage among human rights activists and observers are contained in Part 4, Chapter 1, which sets out the punishments for acts such as adultery, gay sex, rape, theft, robbery, drinking alcohol, making false allegations, and apostasy (abandoning or rejecting Islam).

For example, Part 4, Chapter 1, Section 55 of the code states that the punishment for "sariqah" (theft) is amputation of the right hand for a first offense, amputation of the left foot for a second offense, and a prison sentence of up to 15 years for the third offense, where the item stolen is valued above a certain threshold.

Thus it is accurate to say that the laws scheduled to be implemented in Brunei on 3 April 2019 did indeed include a punishment for sexual relations between men (as well as rape, extra-marital sex, and other acts) that extends to death by stoning in some prescribed scenarios.

Sexual contact between two women ("musahaqah") is not punishable by death in Brunei's Syariah Penal Code, but it is subject to brutal punishment involving two of the following three penalties: 40 lashes, a fine of up to 40,000 Brunei dollars (around US $30,000), and a prison sentence of up to 10 years.

Before the implementation of the new sharia code on 3 April, gay sex was already outlawed in Brunei under Section 377 of the country's penal code, which prohibited "sexual intercourse against the order of nature." Up until July 2017, such acts were punishable by up to 10 years in prison, but a change in the law that year introduced a new penalty of whipping and up to 30 years in prison.