Will Billions of Brood X Cicadas Emerge in Spring 2021?

As if there wasn't enough to bug us this year. 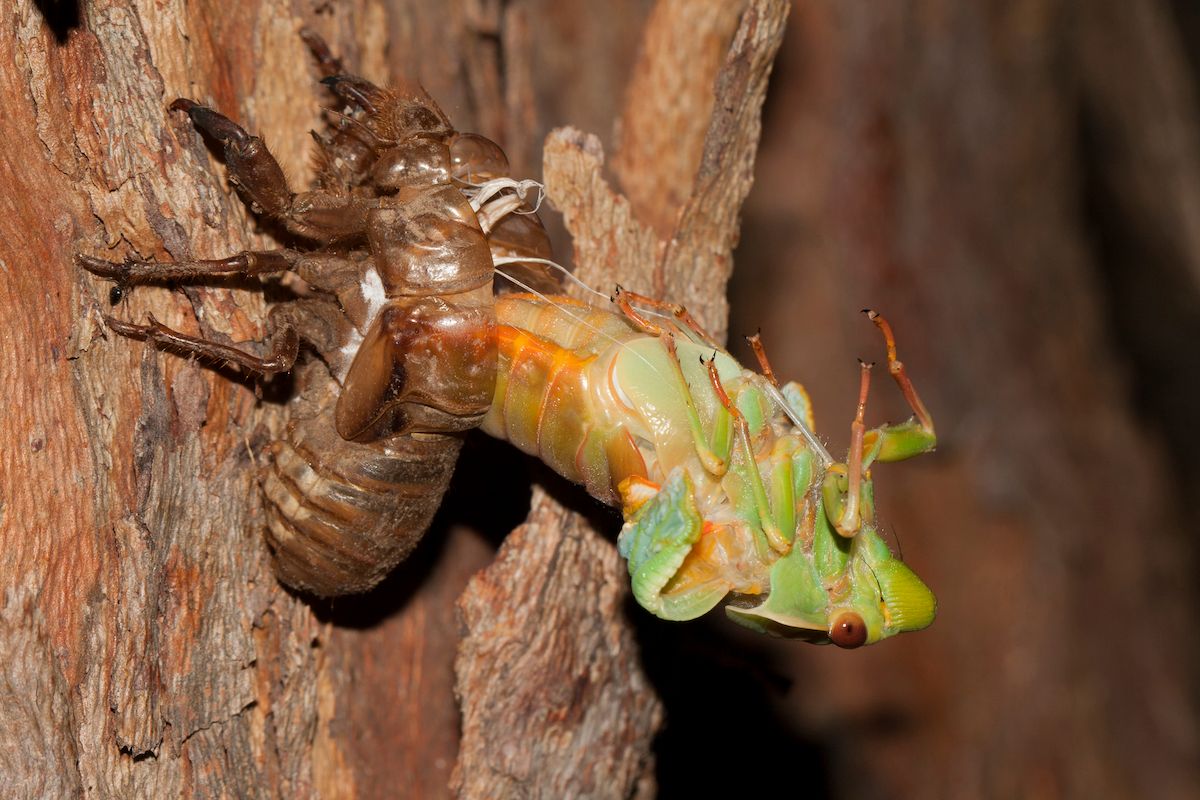 Claim:
In Spring 2021, a brood of billions of cicadas will emerge from the ground after 17 years underground near the Washington, D.C., metro area.
Rating:

As billions of cicadas were expected to emerge from their earthly home of 17 years across an anticipated 15 states in spring 2021, social media users took to the internet to jest about the ill-fated timing of such an onslaught of insects.

Others used it as an opportunity to compare the emergence with post-quarantine life.

Brood X (10) is expected to emerge in the Washington, D.C., metro area for the first time since 2004, according to the 2021 Periodical Cicada Emergence published by the University of Connecticut. Brood X is among the largest geographic extents of the 17-year, or periodical, cicadas, with large populations that can stretch from the Midwest to the East Coast. North Carolina State University noted that periodical cicadas are likely to emerge in May, or between two and four weeks after the petal fall when most flowering trees lose their last petals.

Bugs in the Cicadidae family are distinguished from other insects by their mouthparts modified into a slender, jointed beak for sucking up fluids — and of course their unusual breeding patterns. There are actually many species of cicadas divided into two types, those that mate annually — called annual cicadas — and those that mate periodically, between two and 18 years. The latter — known as periodical cicadas — will cut v-shaped slits into pencil-width tree branches to lay hundreds of eggs. Between six and 10 weeks later, these eggs will hatch and young termite-like cicadas will feed on tree fluids. Eventually, the young cicadas drop to the ground where they burrow and feed before eventually emerging as nymphs from their underground tunnel to shed their exoskeleton, spread their wings (so to speak), and find a mate. While annual cicadas typically spend between two and four years underground and emerge in much lower numbers, nearly all members of each periodical brood — or hatching — will emerge every 13 or 17 years in one grand exodus and are absent in the years until their next emergence.

All said and done, a cicada emergence typically lasts between six and eight weeks. After mating and laying eggs, the short time above ground will signify the end of the adult cicadas' lifecycle.

In anticipation of this slew of flying, singing, and mating insects, some readers wondered whether the 2-inch-long cicadas could harm humans, their pets, or their property.

Gary Parsons, an entomologist at Michigan State University, noted that cicadas are harmless — although they can be a nuisance.

“Cicadas do not bite and are harmless to humans and property — other than being a nuisance. They may amass in millions in parks, woods, neighborhoods and can seemingly be everywhere. When they are this abundant, they fly, land and crawl everywhere, including occasionally landing on humans,” Parsons said in advance of the 2020 emergence of Brood IX.

Dogs or other pets have been known to feast on the red-winged insects, but the American Kennel Club (AKC) notes that in most cases, animals will be fine after eating a few cicadas.

“However, dogs that gorge on the large, crunchy insects will find the exoskeleton difficult to digest and can suffer serious consequences,” said AKC chief veterinary officer Jerry Klein.

Canines who gorge themselves may experience an upset stomach and abdominal pain, vomiting, or bloody diarrhea that may require medical treatment if the condition is severe enough.

Plants, on the other hand, may experience some adverse effects of the hatch. Grooves in tree branches caused by feeding cicadas can kill small branches and harm trees while implantation can cause small branches to split and wither in a phenomenon known as “flagging,” which can stunt or kill some plants.

It is not clear why cicadas emerge in such massive numbers over such long time periods, but researchers, including those at Virginia Tech University, largely believe that timed-release en masse may prevent predators from specifically targeting individual cicadas, rendering them too numerous for their brood to be wiped out and ensuring the survival of the next brood.