Does the 'Bar' in 'Bar Exam' Denote a Secret Lawyers' Conspiracy?

A "sovereign citizen" conspiracy theory about the licensing of lawyers is riddled with bad logic and historical inaccuracies. 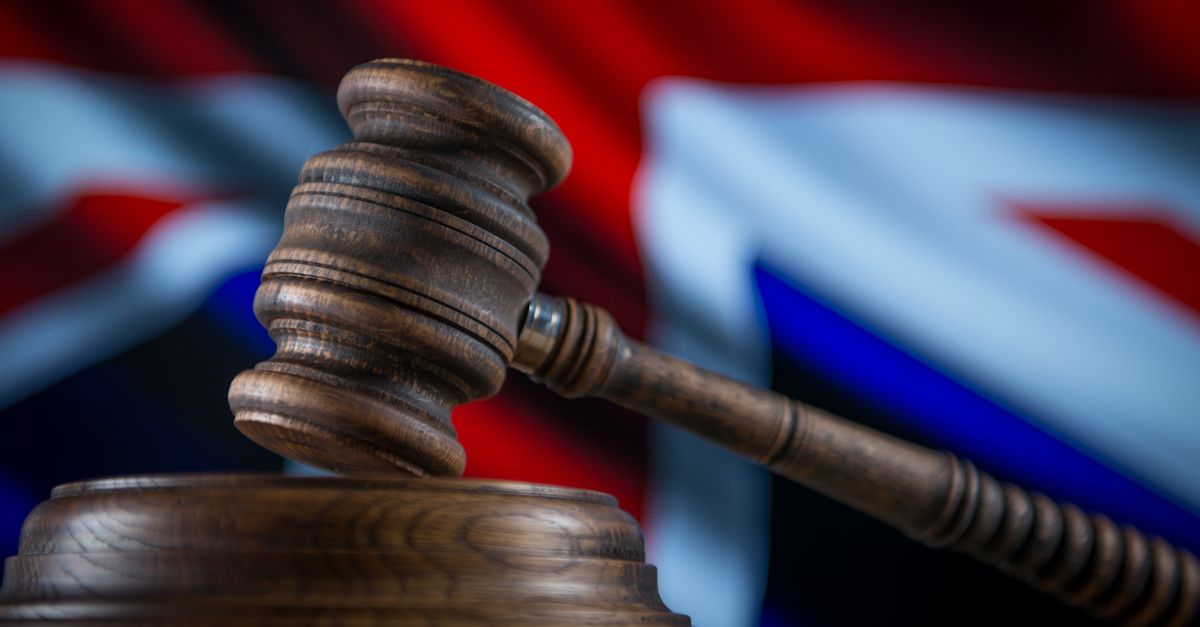 Claim:
In the United States, the lawyers' "bar" stands for "British Accredited Registry" and is part of a property-grabbing conspiracy.
Rating:

One of the more unusual and complicated theories associated with the sovereign citizen and tax protester movements is the belief that lawyers who are members of bar associations in the United States are, in fact, agents of the British crown and do not have legitimate status in American courts. This theory is partly informed by a false but widely repeated claim that the word "bar" in this context is an acronym for "British Accreditation Register": Here's how the elaborate and confusing theory is outlined in an anonymously-authored essay called "Hiding Behind the Bar," which has been republished and shared in tax protester and sovereign citizen circles for more than a decade:

During the middle 1600's, the Crown of England established a formal registry in London where barristers [lawyers] were ordered by the Crown to be accredited. The establishment of this first International Bar Association allowed barrister-lawyers from all nations to be formally recognized and accredited by the only recognized accreditation society.

From this, the acronym BAR was established denoting (informally) the British Accredited Registry, whose members became a powerful and integral force within the International Bar Association (IBA). Although this has been denied repeatedly as to its existence, the acronym BAR stood for the British barrister-lawyers who were members of the larger IBA.

Almost every part of this is factually inaccurate. For one thing, the International Bar Association was founded in 1947, not in the 1600s. Second, we could find no evidence of the existence of a professional association for lawyers called the "British Accredited Registry," either in 2018 or at any previous time in history.

A History of the American Bar, a 1911 book by the Pulitzer Prize-winning legal scholar Charles Warren, contains no mention of any "British Accredited Registry" or "British Accreditation Registry" (with "accredited" and "accreditation" being used variously in different versions of this conspiracy theory). It would also make little sense for a group of lawyers in 17th century England to form a group describing itself as "British." Great Britain (composed of England, Wales and Scotland) does not have, and has never had, a unified courts system, instead being separated into two systems: England and Wales and Scotland. In fact, Great Britain itself was not even formally created until 1707, when the Acts of Union joined the Kingdom of Scotland with the Kingdom of England (which included Wales).

But more broadly, this theory offers a confused summary of the history of "the bar."

In the Middle Ages, lawyers in London established four "Inns of Court": Lincoln's Inn, the Inner Temple, the Middle Temple, and Gray's Inn. These were physical buildings but, more figuratively, they were also the professional associations for lawyers working in the more important English courts.  A "barrister" was a legal expert or advocate who has been "called to the bar." This is a metonymic phrase which is rooted in the physical barrier that was present in a courtroom, to separate fully qualified lawyers entitled to plead cases before a judge from (roughly speaking) trainee lawyers and members of the public. In modern times, this physical barrier generally separates participants in a trial (such as lawyers, clerks, defendants, the jury, and the judge) from the gallery in which members of the public and the news media sit.

The "BAR" conspiracy theory essay goes on to say:

When America was still a chartered group of British colonies under patent — established in what was formally named the British Crown territory of New England — the first British Accredited Registry (BAR) was established in Boston during 1761 to attempt to allow only accredited barrister-lawyers access to the British courts of New England. This was the first attempt to control who could represent defendants in the court at or within the bar in America.

Today, each corporate STATE in America has it's [sic] own BAR Association, i.e. The Florida Bar or the California Bar, that licenses government officer attorneys, NOT lawyers. In reality, the U.S. courts only allow their officer attorneys to freely enter within the bar while prohibiting those learned of the law — lawyers — to do so.

They prevent advocates, lawyers, counselors, barristers and solicitors from entering through the outer bar. Only licensed BAR Attorneys are permitted to freely enter within the bar separating the people from the bench because all BAR Attorneys are officers of the court itself. Does that tell you anything?

A 1930 essay published in the Cornell Law Review (page 393) refers to a bar association's having been established in Boston in 1761, but remember that a bar association is no more than a kind of guild for lawyers. "Bar" is not an acronym for "British Accredited Registry," because that acronym is a fabrication. As with many sovereign citizen theories, the essay builds on the shaky foundations of an inaccurate account of the history of bar associations in the United States and draws confused conclusions about the function and legal status of lawyers.

Many of these claims are based on the etymology of certain words, rather than their modern meaning. For example, the author of the essay referenced above presents the origins of the word "attorney," citing Webster's 1828 dictionary definition, as: "In the feudal law, to turn, or transfer homage and service from one lord to another." That essay also proclaims:

Here's where the whole word game gets really tricky. In each State, every licensed BAR Attorney calls himself an Attorney at Law. Look at the definitions above and see for yourself that an Attorney at Law is nothing more than an attorney — one who transfers allegiance and property to the ruling land owner.

That passage is false. Whatever the older origins of the word "attorney" might be, the modern definition of that word is much broader. Merriam-Webster defines an attorney as simply "one who is legally appointed to transact business on another's behalf." In common American parlance, "attorney" is used interchangeably with "lawyer."

This fixation on word origins leads to something like a game of Telephone in the logic of the conspiracy theory, with false conclusions being drawn from inaccurate or incomplete premises. Here are more examples, summarized from the essay:

The historical origins of the word "esquire" did have to do with the transfer of property between feudal land-owners, but that was hundreds of years ago. This argument is roughly analogous to claiming that because the title "Ph.D" derives from the Latin "philosophiae doctor" ("doctor of philosophy"), microbiologists with Ph.D at the end of their names have no legal right to conduct scientific research because they are actually philosophers and not scientists.

"A BAR [British Accredited Registry] licensed Attorney is not an advocate," the theory goes on to falsely claim, "so how can he do anything other than what his real purpose is?":

He can't plead on your behalf because that would be a conflict of interest. He can't represent the crown (ruling government) as an official officer at the same time he is allegedly representing a defendant.

It's not clear what the origins of the the fabricated acronym are, but "British Accredited Registry" was invoked as early as 2001 by Austin Gary Cooper, a long-time "sovereign citizen" activist. In 2003, a U.S. District Court in Colorado barred Cooper and his wife Martha Cooper from selling advice on how to avoid paying federal income tax after the couple set up groups called "Taking Back America" and the "Ten Foundation," which advised their paying customers that they could renounce their United States citizenship, call themselves "American citizens" instead, and escape their tax obligations. In 2006, Cooper was given a six-month prison sentence for criminal contempt after failing to comply with that court order, which obliged him to hand over the names of his customers, among other requirements. During court proceedings, Cooper accused the judge of treason and called him a "Nazi bastard" and a "British Accredited Registry" lawyer, saying: "You people are going to destroy our country. British accredited registry bar association, you're going to destroy our country ..."

In 2017, prosecutors in Tennessee charged Cooper, who is now 69 years old, with 10 counts of forgery and filing a fraudulent lien. The case was ongoing as of January 2018.