Is This a Photograph of a Wasted Brett Kavanaugh?

The only similarity between the men in these two pictures is what appears to be a shared love of beer. 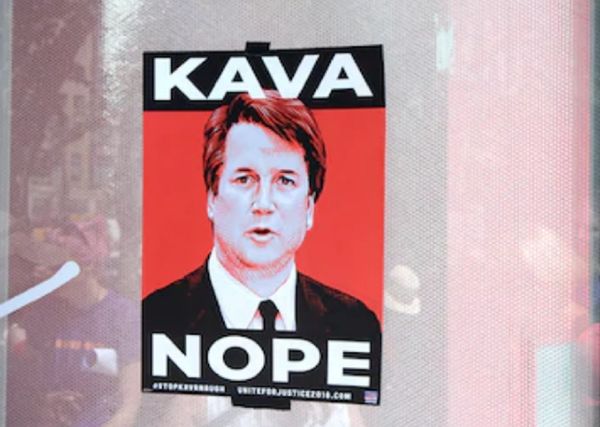 Claim:
A photograph shows a young Brett Kavanaugh passed out from too much alcohol.
Rating:

On 27 September 2018, the Senate Judiciary Committee heard testimony from Christine Blasey Ford in which she detailed an alleged act of sexual assault against her by Supreme Court nominee Brett Kavanaugh. Following Blasey Ford’s testimony, Judge Kavanaugh categorically denied the allegations against him, occasionally lashing out at Senators who asked questions about his drinking habits — a topic of much speculation leading up to the hearing.

Amid this controversy, a picture was spread on social media purporting to show Kavanaugh passed out from excessive drinking in 1982 (alongside a present-day picture of Kavanaugh):

While the picture on the right is, in fact, Brett Kavanaugh, the picture of the passed-out man on the left is a Getty Images stock photo titled “portrait of a young man asleep on the couch after drinking too much beer” that was created long after 1982: