Did Brett Kavanaugh Rule That a Raped Immigrant Teen Must Delay Her Abortion in Order to 'Think About it Maturely'?

A widely-shared meme got the basic facts right about an October 2017 case involving the newest Supreme Court justice but embellished certain details. 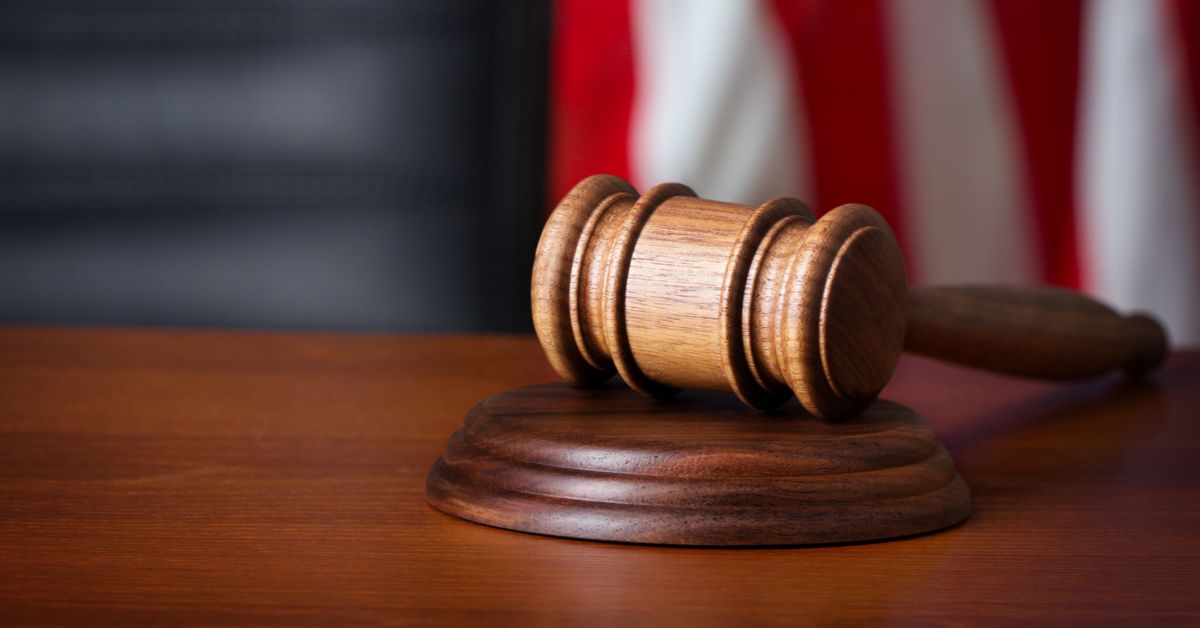 Claim:
Judge Brett Kavanaugh once ruled that a teenage immigrant who had been raped must take time to "think maturely" before undergoing an abortion.
Rating:

In October 2017, Judge Brett Kavanaugh ruled that a 17-year-old unlawful immigrant could be required to delay obtaining an abortion, for 11 days so that she could first be placed with an immigration sponsor.

Kavanaugh did not declare that the young woman must 'think about [abortion] maturely' or impress upon her that 'what you do at 17 follows you forever.' Furthermore, the young woman in question does not appear to have become pregnant as the result of rape.

In October 2018, before the controversial confirmation of Judge Brett Kavanaugh as a Supreme Court Justice, the left-wing Facebook page "The Other 98%" posted a meme which hinted at a degree of irony or hypocrisy in one of Kavanaugh's past opinions:

Brett Bart Kavanaugh was the judge that told the 17 year old immigrant girl that was raped that she couldn't have an abortion until she really really thought about it maturely [because] what you do at 17 follows you forever.

As indicated in the meme, this argument originated in a 2 October tweet by a Twitter user called @maydaymindy9:

Part of the point of this tweet was to present a level of irony or even hypocrisy on the part of Kavanaugh. In September 2018, Dr. Christine Blasey Ford came forward with an allegation that Kavanaugh sexually assaulted her in the early 1980s, when she was 15 years old and Kavanaugh was 17 years old -- the same age as the pregnant girl at the heart of the court case in question.

If Kavanaugh's stance towards the girl was that she must be forced to delay her abortion because he believed she needed to contemplate that "what you do at 17 follows you forever," then according to the implicit logic of the tweet, Kavanaugh ought to have the same rigorous moral judgment applied to his alleged actions as a 17-year-old.

The tweet, and the "Other 98%" meme which followed, are indeed based on an opinion given by Kavanaugh in a case that came before the District of Columbia Circuit of the U.S. Court of Appeals in the autumn of 2017. And Kavanaugh did indeed rule that the young woman could be forced to further delay obtaining an abortion until she was placed with her immigration sponsor. However, the meme embellished certain parts of the case and overlooked significant nuance in Kavanaugh's argument.

The case in question revolved around a young woman from Central America known as "Jane Doe," who unlawfully entered the United States in September 2017 at the age of 17. Her court-appointed legal guardian and attorney, Rochelle Garza, gave the following account of her circumstances in written testimony that she later presented to the Senate Judiciary Committee in opposition to Kavanaugh's confirmation to the Supreme Court:

Because [Jane Doe] was a minor arriving in the United States without a parent or legal guardian, she was designated a UAC [unaccompanied alien child] and transferred into the custody of ORR [the Office of Refugee Resettlement] pursuant to the regulations under the Trafficking Victims Protection Reauthorization Act of 2008 (TVPRA).

It was when she was placed at a facility for immigrant children in the Rio Grande Valley that she learned she was pregnant. Jane immediately knew she did not wish to proceed with the pregnancy and expressed her wish to terminate her pregnancy to the facility staff.

What followed was weeks of somewhat complicated legal wrangling involving the Office of Refugee Resettlement (an agency of the Department of Health and Human Services), the Department of Justice, and the young woman's lawyers, as various government actors insisted that she undergo counselling, ultrasounds, and other delays and preconditions before terminating her pregnancy.

On 13 October 2017, Garza and the American Civil Liberties Union sued Eric Hargan, the acting Health and Human Services Secretary, and other government agencies and officials, seeking (on Jane Doe's behalf) a federal court injunction preventing the government from further delaying or obstructing Jane Doe's access to an abortion.

The plaintiffs argued that the federal government was violating the young woman's constitutional right to an abortion, as set out in the landmark Supreme Court decision in Roe v. Wade, maintaining that although the state has a right to insist on certain requirements before an abortion can take place (such as counselling, parental consent, and 24-hour waiting periods), the obstacles put before Jane Doe had amounted to an "undue burden" -- a legal standard set out in another major abortion-related Supreme Court decision, Planned Parenthood v. Casey.

In the 13 October lawsuit, Jane Doe's lawyers wrote that:

Defendants’ actions have already delayed J.D. [Jane Doe] from getting her abortion for several weeks. Because of requirements imposed by Texas law, the next time J.D. would be able to see the abortion provider for the state-mandated counseling (which must occur at least 24 hours prior to the abortion), and to obtain the abortion is on October 19, 20, and/or 21. If she does not get the abortion during that window she will be delayed at least an additional week. Thus, absent an immediate temporary restraining order, J.D. will be pushed further into her pregnancy, which increases the health risks associated with the procedure, and at some point will be forced to carry to term against her will.

On 20 October 2017, three judges on the D.C. Circuit -- Brett Kavanaugh, Karen Henderson and Patricia Millett -- ruled 2-1 in favor of the government's appeal, ordering a pause on the restraining order which was set to clear the way for Jane Doe's abortion. Judge Millett dissented from the ruling, which read:

The Government argues that, pursuant to standard HHS [Health and Human Services] policy, a sponsor may be secured for a minor unlawful immigrant in HHS custody, including for a minor who is seeking an abortion. The Government argues that this process by which a minor is released from HHS custody to a sponsor does not unduly burden the minor's right under Supreme Court precedent to an abortion. We agree, so long as the process of securing a sponsor to whom the minor is released occurs expeditiously.

Under the terms of the 20 October ruling, the government would be given 11 days (until 31 October) to find a sponsor for Jane Doe (typically a relative or friend already living in the United States) and transfer her into their custody before allowing her to obtain the abortion. If no sponsor could be found by then, the D.C. Circuit Court could re-enter their restraining order against the government, paving the way for Jane Doe's abortion, while the government could once again appeal, potentially bringing the case before the Court of Appeals for a second time.

Two days later, the ACLU asked for the government's appeal to be reconsidered, this time by a full court of all eleven D.C. Circuit judges. Two days after that, on 24 October, the court overturned the three-judge panel's ruling and dismissed the government's appeal. According to Garza's testimony, Jane Doe obtained an abortion the next day, when she was 15 weeks pregnant.

In his dissent from the 24 October ruling, Kavanaugh essentially argued that insisting Jane Doe be transferred into the custody of her immigration sponsor before being allowed to obtain an abortion was not an "undue burden" on her, "so long as the transfer is expeditious." Thus, he argued, the government had not violated her constitutional right to an abortion by seeking this precondition:

The majority seems to think that the United States has no good reason to want to transfer an unlawful immigrant minor to an immigration sponsor before the minor has an abortion. But consider the circumstances here. The minor is alone and without family or friends. She is in a U.S. Government detention facility in a country that, for her, is foreign. She is 17 years old. She is pregnant and has to make a major life decision. Is it really absurd for the United States to think that the minor should be transferred to her immigration sponsor -- ordinarily a family member, relative, or friend -- before she makes that decision?

And keep in mind that the Government is not forcing the minor to talk to the sponsor about the decision, or to obtain consent. It is merely seeking to place the minor in a better place when deciding whether to have an abortion. I suppose people can debate as a matter of policy whether this is always a good idea. But unconstitutional? That is far-fetched. After all, the Supreme Court has repeatedly said that the Government has permissible interests in favoring fetal life, protecting the best interests of the minor, and not facilitating abortion, so long as the Government does not impose an undue burden on the abortion decision.

Garza would later reject one of the premises of this argument, that Jane Doe should be placed in more comfortable and stable surroundings before making her decision, insisting that her client became resolved in her decision to have an abortion as soon as she discovered she was pregnant, several weeks before the Court of Appeals ruling and Kavanaugh's dissent:

Jane had already made her decision long before. She had already satisfied all of the requirements for any minor in Texas, and a state court judge in Texas had issued an order that made clear that she could consent to the abortion on her own.

It is true that Judge Kavanaugh issued a ruling on 20 October 2017 which would have forced an unlawful immigrant 17-year-old to further delay her abortion, but his reasoning was not precisely that she must wait "until she really really thought about it maturely because what you do at 17 follows you forever," as Mayday Mindy's tweet described it.

In his dissent, Kavanaugh did write that the girl was faced with a "major life decision," and that it might be preferable for her to make that decision in the custody of an immigration sponsor rather than in the less stable and more isolated environment of federal detention.

However, in legal terms Kavanaugh was specifically ruling that it would not violate the girl's constitutional right to an abortion for the state to insist on transferring her into the custody of an immigration sponsor first, provided that process was "expeditious."

Finally, the girl's pregnancy does not appear to have been the result of a rape, despite Mayday Mindy's claim. None of the court records we examined, nor Rochelle Garza's testimony before the Senate Judiciary Committee, contained any reference to Jane Doe's having been raped.

Garza, Rochelle.   "Garza v. Hargan et al. -- Plaintiff's Memorandum in Support of Her Application for a Temporary Restraining Order and Motion for a Preliminary Injunction."     U.S. District Court for the District of Columbia.   13 October 2017.