Did Texas and Arizona See a Spate of Sex Trafficking-Related 'Breath Mint' Druggings in 2019? 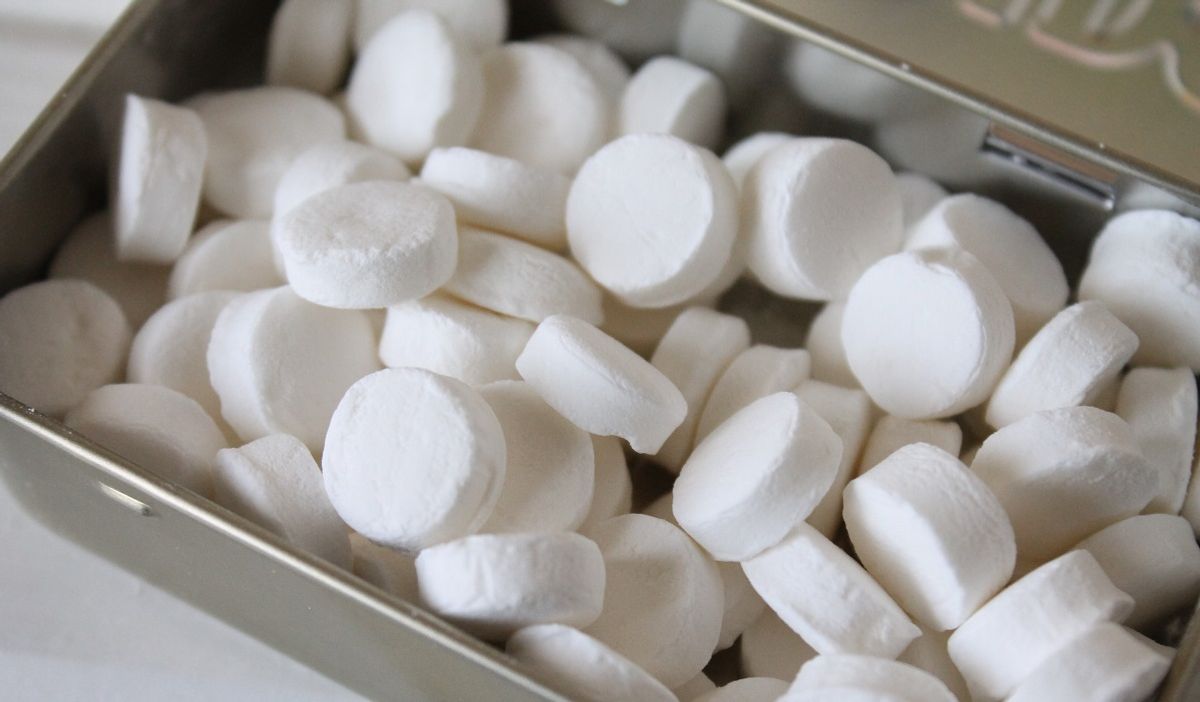 Personal safety warnings are a frequent subject of viral social media posts, and in recent years human trafficking and sexual assault have increasingly become the focus of widespread fear among internet users in the United States -- a phenomenon which we have examined in detail on several occasions.

Many such warnings are no more than urban legends or unsubstantiated rumors, but they spread widely due to the fear they engender as well as the good intentions of many who pass them along.

In February 2019, yet another such alert emerged on Facebook, warning readers of "the newest thing" -- men in Texas and Arizona administering date rape drugs to unsuspecting women by giving them tainted breath mints before trafficking them across the southern border of the United States, and into Mexico:

OK..LISTEN UP! ITS IMPORTANT. WARN YOUR WIVES, DAUGHTERS, SISTERS, GRANDKIDS the newest thing it [sic] striking up an innocent conversation. the guy then says "hey. no offense, but you have bad breath and offers a mint or lifesaver. looks like the real deal even in a new package BUT they are the new date rape drug and also laced with fentanyl for the sex trafficking trade. yes, it's happening and they are slick. please warn all, particularly young kids and females as once across the border, you are done. it's a living nightmare.

keep it cool, use your head but it's getting so bad here in Arizona and in Texas its scary.

No evidence corroborated the claims contained in the Facebook post, that in early 2019 or late 2018 a pattern of incidents took place in Texas or Arizona whereby human traffickers drugged unsuspecting women using breath mints before transporting them against their will into Mexico.

A spokesperson for the National Sexual Violence Resource Center (NSVRC) told us by email that "We were not aware of the Facebook warning you have shared, and we are not familiar with any cases of the behavior described," adding that "the warning described does not seem credible" and also "perpetuates many misconceptions about sexual assault":

"For instance, it suggests only women and female-identified individuals are targets of sexual assault. It also focuses on stranger danger, and we know that most people are sexually assaulted by someone they know. Additionally, drug-facilitated sexual assault can be committed by someone you know and trust –- such as a friend or date. The most commonly used 'date rape drug' is actually alcohol, and in many cases it is voluntarily consumed by the victim who feels safe or trusts the person they are drinking with."

"... Our sexual assault forensic nurses have not anecdotally heard anything related to that Facebook post. They also mentioned that drugged patients aren’t likely to recall the delivery mechanism. While kidnapping does occur, most often traffickers target vulnerable or at-risk youth by pretending to love or care for them before turning and exploiting them and forcing them into prostitution."

A spokesperson for Polaris, the non-profit organization that runs the National Human Trafficking Hotline, told us by email that traffickers do sometimes create or cultivate drug or alcohol dependency in their victims as a method of control, but that the organization did not have any evidence that would corroborate the specific claims made in the Facebook post:

"We haven't seen any recent changes nationally or in Texas and Arizona that would suggest a shift in how substances like date rape drugs are being used. I haven't seen anything that would necessarily disprove the post, but we also haven't heard anything to validate the post either. As far as I'm aware, we have not received any recent reports of drugs disguised as breath mints being used in such a way as to facilitate trafficking across the border."

In response to the contents of the viral Facebook post, a spokesperson for the Arizona Department of Public Safety told us that its Criminal Investigations Bureau was "unaware of any such investigation."

Beyond the specific context of Texas and Arizona in early 2019, it's not implausible for "date rape" drugs such as Gamma-hydroxybutyrate (GHB) or Rohypnol to be surreptitiously administered via breath mints, but we found no evidence of a widespread pattern of such usage.

GHB is usually taken or administered as an odorless and tasteless liquid, which means it could in principle be applied to breath mints or lozenges and given to an unsuspecting victim. But in a "date rape" scenario GHB is usually added to a victim's beverage, typically in the context of a bar or nightclub setting.

We found several reliable sources that outlined the fact that recreational users of drugs such as ecstasy, Rohypnol, GHB and lysergic acid diethylamide (LSD) -- that is, those who self-administer the drugs rather than "spiking" others for the purpose of incapacitating and sexually assaulting them -- do sometimes use breath mint vials and containers to carry the drugs around in liquid or tablet form. However, this practice is not for the ultimate purpose of falsely presenting the drugs as breath mints to unsuspecting victims, but rather simply for disguising the drugs from law enforcement officers or nightclub bouncers.

Despite conducting an extensive search of news archives stretching back decades, we found only one criminal investigation that bore a similarity to the "breath mint" incapacitation ruse described in the February 2019 Facebook post.

In 2006, police in Tampa, Florida, investigated the claims of a woman who said she had been subjected to a gang rape at a house in the city after being given "gum that dissolved in her mouth." The following newspaper account of the incident might be disturbing to some readers:

Police have accused three men and a woman of drugging and raping a Sarasota woman at 2919 N. 16th St. on May 13. Detectives are investigating whether other people may have been victimized. Police executing a search warrant May 26 seized two bottles marked "breath mint" and six bottles marked "sweet breath" and Ciloxan, an anti-bacterial eye solution, court papers say. Each was to be tested at the Florida Department of Law Enforcement for GHB ...

In a search warrant affidavit, the woman was quoted as telling police she accompanied [one of the suspects] to the house after drinks in Ybor City. She described repeatedly being given gum that dissolved in her mouth and having liquid rubbed on her neck between being raped and sodomized. An examination at Sarasota Memorial Hospital revealed she had amphetamines, cocaine and marijuana in her system, according to [an] arrest affidavit.

However, Thirteenth Judicial Circuit Court records show that the charges of kidnapping and sexual battery were dropped against all four suspects and no trial or conviction resulted from this case, so we cannot verify the claim that the woman was drugged using gum.

We cannot definitively disprove the specific claims made in the February 2019 Facebook post, and as we have demonstrated, the use of a breath mint as a surreptitious delivery mechanism for an incapacitating drug is plausible in principle. We found no evidence of a widespread pattern of such behavior, though, and as a result we issue a verdict of "Unproven" in this case.

However, it is highly unlikely that a spate of incidents in Texas and Arizona took place whereby human traffickers drugged and kidnapped women by offering them breath mints, all without the knowledge of several non-profit organizations dedicated to providing services to victims and survivors of human trafficking and sexual assault, as well as the state of Arizona's chief law enforcement agency.

The warning was posted to Facebook by a single individual who did not cite any source, and its claims were not corroborated by any local, regional or national news reports, statements by law enforcement agencies, or the findings of any criminal investigations.