According to HoaxEye, a video of men on a motorcycle trading gunfire with others in a Brazilian street was from the shooting of a film. 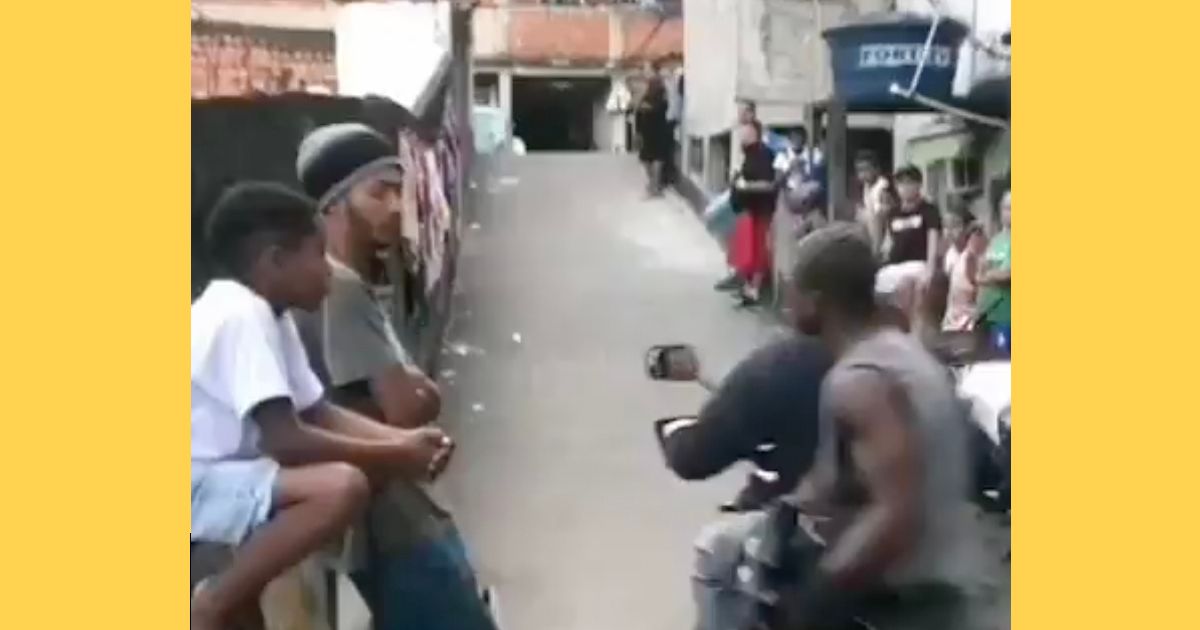 An online video titled as "Brazil in a nutshell" or "another day in Night City" did not show real-world gun violence captured on video. (Image Via Twitter)

On July 25, 2022, Twitter user @lobotosasha tweeted a video that appeared to some viewers to show real-world gun violence in the streets with the caption, "Brazil in a nutshell." The same clip was also posted to the r/CyberpunkGame subreddit on Reddit as, "Another day in Night City," which was a reference to the game, "Cyberpunk."

Several users became curious to know whether the video showed a real gun battle in the streets, as the popular Twitter video seemed to indicate with the caption, "Brazil in a nutshell." One of those users asked the helpful image fact-checker Janne Ahlberg, better known on Twitter as HoaxEye, "Is this from a movie scene?" Ahlberg responded after finding an alternate angle of the shooting and confirmed it was from the filming of a TV show:

Soon after finding this second video, Ahlberg tweeted from the HoaxEye account that the name of the TV show had been found. The videos showed "The Division" being filmed in the streets of Rio de Janeiro:

At the 56-second mark in this Instagram video, there's a third angle of the motorcycle shooting scene from the "Brazil in a nutshell" clip:

The Instagram video's caption referenced an article published by the Grande Tijuca website on July 6. According to the story, the noise of the gunfire had worried some local residents of the local Borel community in Tijuca, a neighborhood in Rio de Janeiro.