Was Boy Who Went Missing 40 Years Ago Reunited With Mom?

The 4-year-old supposedly disappeared one day while his mom was at work. 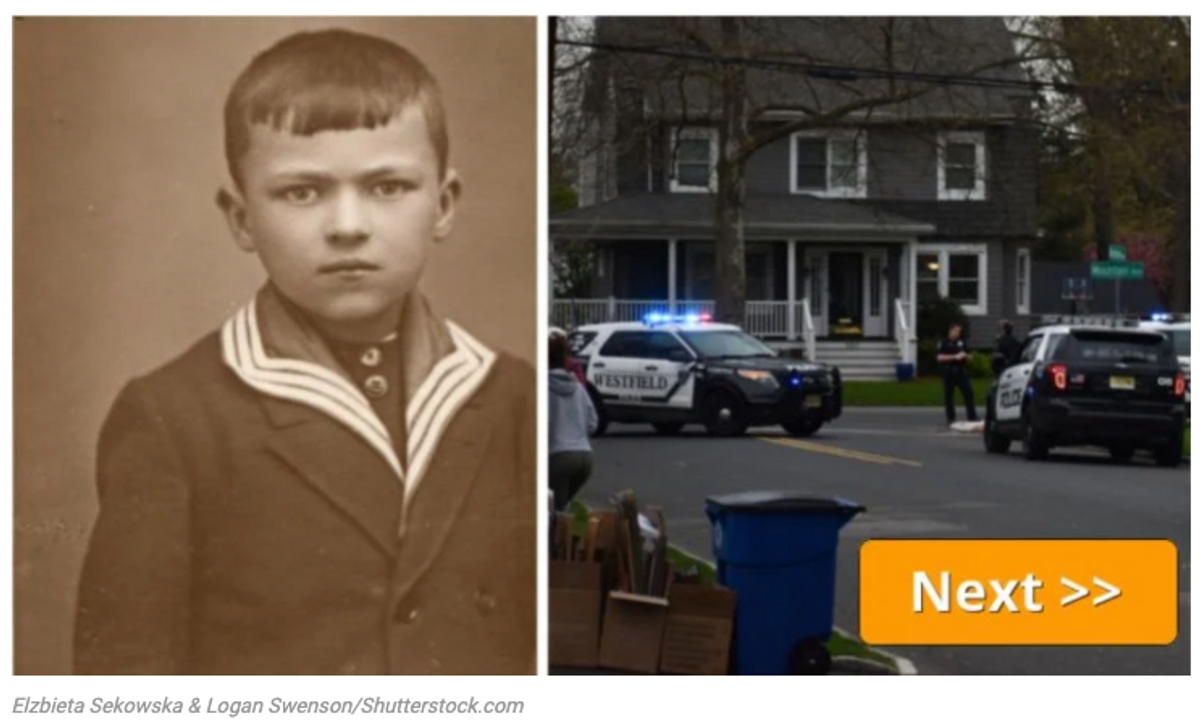 Image Via Screenshot via people-today.com

Claim:
An article on people-today.com recounted a true story about a mother reuniting with her adult son after he went missing nearly 40 years before.
Rating:

In December 2020, Snopes became aware of a web page on people-today.com — a website that brands itself as a hub of self-help advice — with the headline: "40 years After Her Son Vanished, Somebody Tips Police To Look In A Very Unexpected Place."

With black-and-white photos (including the one-displayed below) and other images, the page told a story about a woman named "Marry" who supposedly fell in love with a man named "Peter" and gave birth to their son "Joshua." When Joshua was a toddler, the page alleged, Marry got pregnant again — this time with twins. But Peter apparently had an adverse reaction to his expanding family. The page read:

If Marry decided to keep the children he would leave her. [...] There was no way she was giving up the twins. If Peter wanted to walk out on them, that was on him. It took only a few weeks to get everything in order and then Peter left them. For good. He moved to a different city and left Marry in the dark about which one this was.

After that ultimatum from Peter — it was him or the twins — Marry apparently moved in with her parents and gave birth for the second time.

An unspecified amount of time passed after that. Then, a few days after Joshua's 4th birthday, the plot alluded to in the article's headline took shape: Joshua suddenly disappeared while Marry was working. "Nobody seems to have seen him or noticed anything," the page read.

Next, the author described an exhaustive and unsuccessful search for Joshua by Marry and law enforcement, as well as Marry's grief.

Fast forward decades, after the twins grew up and Marry supposedly entered retirement, and a police officer called the mother. The page said:

"Peter supposedly admitted that it was him who had taken Joshua all those years ago. [...] With this information, there was not even enough time in Marry’s mind to be as mad at Peter as she should have been. There was only one thing she could think of, and that was getting in contact with Joshua."

The story concluded with Marry traveling more than 20 hours to an unknown destination where a grown-up Joshua apparently lived with his family, including a 12-year-old son, Marry's grandson.

But the entire tale of Marry, Peter, and Joshua was fictional, and the photos on the web page did not show different stages of their lives. Rather, they were publicly available stock photos depicting scenes and models unrelated to the story on people-today.com.

A disclaimer at the bottom of the article read:

This is a made-up story for entertainment purposes. The photo’s that have been used are Stockphoto’s.

For that reason, we rate this claim "False."