Did the Boy Scouts Lose 425,000 Members Because of a Gender-Inclusive Name Change?

The exact reasons behind the Mormon Church's decision to cut ties with the Boy Scouts of America are still somewhat opaque. 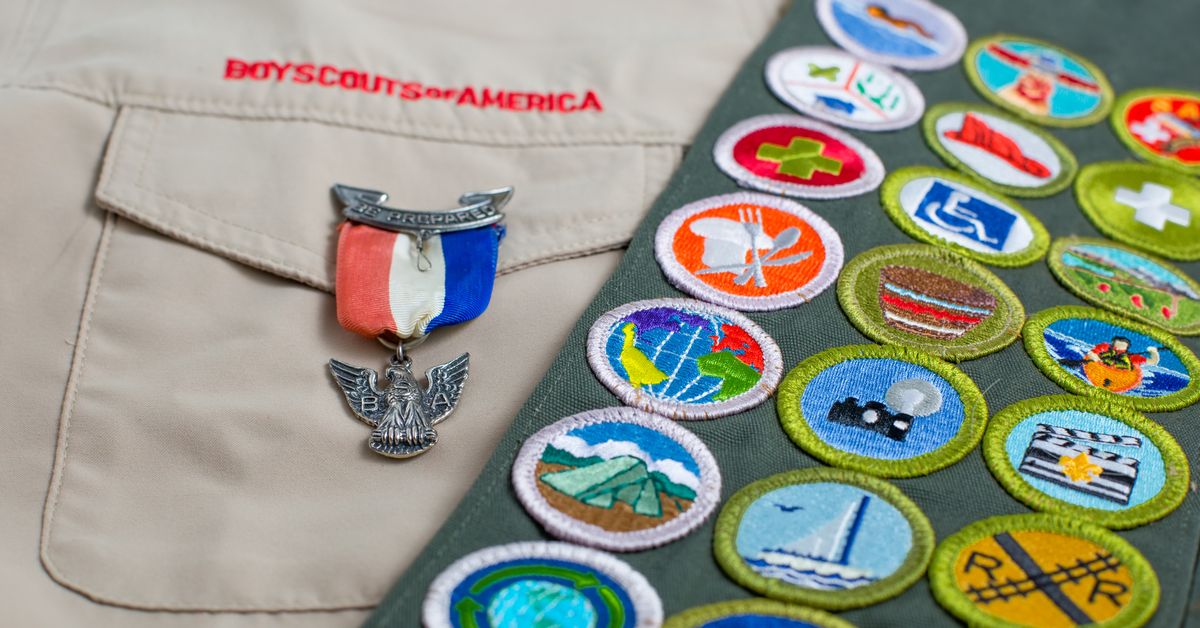 Claim:
The Boy Scouts of America lost 425,000 members in May 2018, in response to a decision to integrate more girls into the organization, and to give the "Boy Scouts" program a new, gender-neutral name.
Rating:

The Boy Scouts of America, a bastion of civil society and traditional values for more than a century in the United States, has undertaken some significant changes in recent years.

In October 2017, the group announced that they would be allowing girls to join the Cub Scouts, and that they would be launching a new program for older girls in 2019 which would eventually allow them to attain the rank of Eagle Scout. Although the Boy Scouts of America (BSA) already had programs that welcomed older boys and girls, the path to Eagle Scout was not yet open to young women.

In May 2018, the organization announced that they would be changing the name of the "Boy Scouts" program to the gender-neutral "Scouts BSA" in February 2019. And a few days later, the BSA and the Church of Jesus Christ of Latter-Day Saints (the Mormon Church) jointly announced that the church would be ending their longstanding partnership with the organization in January 2020.

These events prompted one right-wing web site to link the BSA's recent moves towards gender and LGBT inclusivity with the Mormon Church's decision to cut ties wuth scouting. On 9 May 2018, the Conservative Tribune (also known as Western Journal) published a video which reported that:

One week after the century-old Boy Scouts of America announced it was changing its name and its mission to accept girls at all levels of scouting, its single biggest participant announced that it was cutting ties to the Scouts. And taking one fifth of the Scouts membership with it.

Technically, the BSA did not announce they were changing the name of their organization, but rather the name of the well-known "Boy Scouts" program (for 11-17 year-olds) to the gender-neutral "Scouts BSA." In a press release, Chief Scout Executive Michael Surbaugh said that "Starting in February 2019, the name of the older youth program will be ‘Scouts BSA,’ and the name of our iconic organization will continue to be Boy Scouts of America."

According to the Associated Press, the Mormon Church contributes around 425,000 out of 2.3 million BSA members. If all of these members ultimately ended their participation in scouting, that would represent a loss of 18.5 percent of the BSA's total membership, a very significant portion.

However, the Church will continue their partnership with the BSA until 1 January 2020. Contrary to the Conservative Tribune's headline, then, the Scouts did not "lose 425,000 boys one week after announcing name change," though it appears they may lose that many members eventually.

The joint statement between the two organizations attributed the Church's decision to its increasingly global membership, and to a longstanding desire for the Church to launch its own "youth leadership and development program":

In this century of shared experience, the Church has grown from a U.S.-centered institution to a worldwide organization, with a majority of its membership living outside the United States. That trend is accelerating. The Church has increasingly felt the need to create and implement a uniform youth leadership and development program that serves its members globally. In so doing, it will be necessary for the Church to discontinue its role as a chartered partner with BSA.

The Conservative Tribune called this explanation "spin" aimed at "minimizing the Scouts' embarrassment," adding that "There’s no doubt that the Scouts’ increasing willingness to give in to liberal pressure on key points had a lot to do with the Mormons’ discontent."

In an email, we asked the Church whether and to what extent the Boy Scouts of America's recent moves towards inclusivity had contributed to their decision to cut ties, and whether the timing of the church's announcement was anything more than coincidental.

A spokesperson declined to respond to those questions, instead directing our attention to a list of frequently asked questions about the end of the partnership offered on the Church's web site. None of these included an answer to our questions.

So far the Church itself has not clarified whether greater inclusivity in general, or the integration of girls and the name change to "Scouts BSA" specifically, is what caused them to end their longstanding partnership with the Boy Scouts.

Despite maintaining their partnership with the Scouts up until the May 2018 announcement, Church leaders have in recent years greeted successive BSA announcements about the inclusion of gay, transgender and female members with obvious unease and caution.

The Mormon Church officially accepts openly gay and lesbian individuals as members and leaders, but only if they remain celibate, as the Church's web site notes: "Sexual relations between a man and woman who are not married, or between people of the same sex, violate one of our Father in Heaven’s most important laws and get in the way of our eternal progress."

When the BSA moved to accept gay and transgender members in recent years, the Church obtained assurances from the Scouts that the Church could "operate its programs in ways that are consistent with our standards and beliefs."

In January 2018, the Church ended their participation in two BSA programs for 14-20 year-olds, Varsity and Venturing, explaining that those programs had "historically been difficult to implement within the Church." (Venturing is a co-ed BSA program where older teenage boys and girls pursue more adventurous, outdoors activities together.)

However, in announcing the decision to end their participation in Varsity and Venturing, the Church stipulated that it was unrelated to recent speculation about increased integration of girls and young women in the BSA: "Our decision to end our participation in the Varsity and Venturing programs was made independent of this possibility and before that time."

Furthermore, while the Church's announcement of an end to their partnership with the BSA did come just days after the BSA announced they would be changing the name of the "Boy Scouts" program, a lengthy transition period will still occur between the two events.

The inclusion of girls in "Scouts BSA" (formerly the "Boy Scouts" program) will begin in February 2019. The Mormon Church and its members will continue to take part in BSA activities until January 2020, a period of 11 months.

So if the Church, in deciding to cut ties with the BSA, was objecting to the increased integration of girls, it does not appear to have been sufficiently bothered by it to prevent those 11 months of overlap.

Ultimately, it's not clear whether or to what extent the BSA's moves towards increased inclusivity played a role in the Mormon Church's decision to cut ties. Unfortunately, the Church has not clearly answered this question.

Given the Mormon church's teachings on LGBT issues and the separate roles of men and woman, as well as their previous uneasy responses to Boy Scout announcements on inclusion, it has to be considered plausible that the BSA's announcements might have played a role in the Church's decision to cut ties.