Did the Boy Scouts of America Implement a New Policy Requiring Condoms to Be Available at Jamboree?

The policy has been in place for years and is not connected to BSA's decision to include girls. 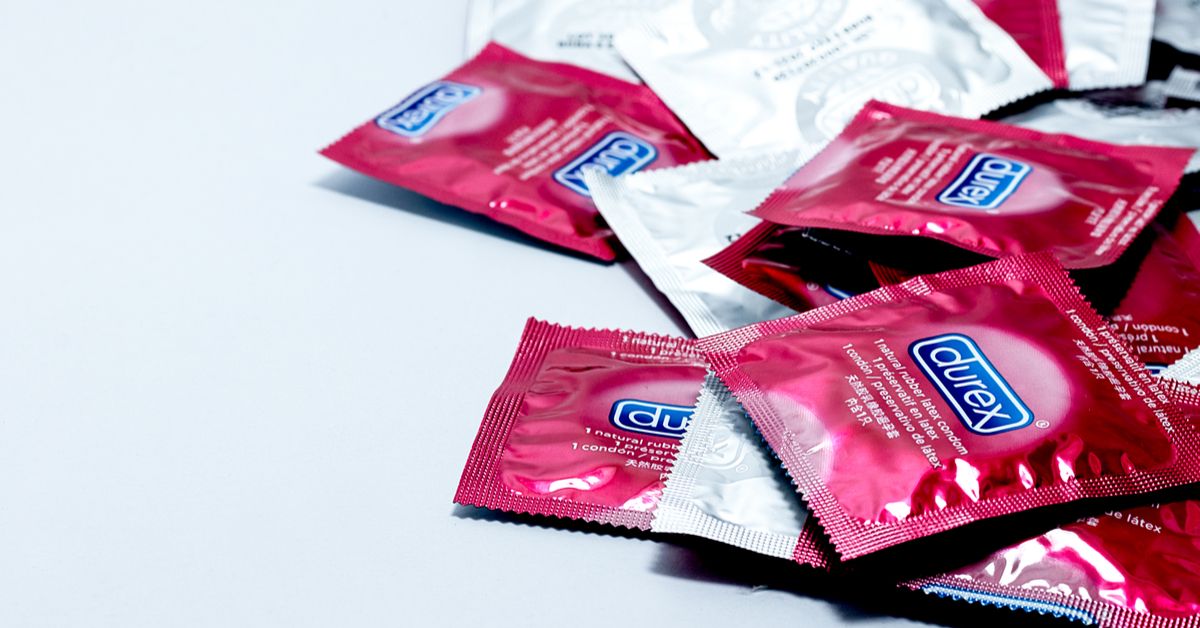 Claim:
The Boy Scouts implemented a new policy requiring condoms to be available at its quadrennial World Scout Jamboree, shortly after announcing that girls would be able to join the organization.
Rating:

The World Organization of the Scout Movement requires condoms to be available at the World Scout Jamboree.

This decision was made by the World Organization of the Scout Movement, not Boy Scouts of America; condoms have been available at these events since the early 1990s and an official policy mandating condoms was implemented in 2002; the 2019 World Scout Jamboree won't be the first such event with women and girls in attendance.

The late 2017 decision to allow girls into the Boy Scouts of America caused considerable outrage in certain circles, as some argued that the change would lead to the organization's downfall. In May 2018, as BSA eyed a name change, blogs such as DailyWire.com took advantage of the controversy by publishing articles connecting the change to a policy requiring condoms to be available at the World Scout Jamboree:

The Boy Scouts World Scout Jamboree, which is held every four years and next will be held in West Virginia in 2019, may offer something to Scouts that would have been unthinkable years ago: condoms.

The Boy Scouts have decided to accept people who identify as gay and lesbian among their ranks. And girls are welcome now, too, into the iconic organization, which has renamed itself Scouts BSA.

A mandate that condoms be made available to "all participants" of its global gathering.

These articles heavily implied that the condom policy was new, and that it was directly connected to the decision to allow girls into BSA: At best this is misleading, as the policy requiring condoms to be available at the World Scout Jamboree comes from the World Organization of the Scout Movement, not BSA. WOSM is an international scouting organization that oversees a regular Jamboree (usually every four years) attended by scouts from all over the world. In guidelines for the event adopted in March 2016, the WSOM said:

The host organization must ensure that condoms are readily and easily accessible for all participants and IST at a number of locations on the site. Heads of Contingent must be informed in advance and made aware of their responsibility in communicating this policy to their Participants, Unite Leaders Contingent Staff, and IST in an appropriate way. When making this information available onsite, consideration shall be given to the various cultures and beliefs present.

The 2019 Jamboree will be far from the first time condoms have been made available at the event. A 2011 handbook for an event in Sweden encouraged safe sex and noted the availability of condoms at the health center:

It is important to always take care of yourself and others. Sex without a condom or other form of contraception can result in pregnancy, and if your partner has HIV or a sexually transmitted infection (and you might not always know they do), you can become infected too.

About sex and relationships

If you are considering having sex, condoms are the best way to protect yourself against infections and pregnancy. These are available from the Health Centres or can be purchased from the pharmacy on Four Seasons Square.

For nearly 15 years the policy of the World Organization of the Scout Movement — which is the authority responsible for the World Scout Jamboree — has been to hand out free condoms in the health centres set up for the event, to all participants that may request them.

The fight against AIDS and the resurgence of sexually transmitted illnesses (STIs) prompted WOSM to work closely with UNAIDS, UNICEF, WHO and UNFPA to set up educational programmes that, on the one hand, contribute to the emotional and sexual education of young people by integrating the emotional development of young people - whether boys or girls – and, on the other hand, through the prevention of risks linked to sexually transmitted illnesses (see story). The presence of the Scout Movement in many countries affected by STIs has naturally led national Scout organisations to include this problem into their educational programmes.

WSOM officially implemented a policy requiring condoms to be available at the World Scout Jamboree in 2002, releasing a statement about it at the time:

It is the policy of the World Organization of the Scout Movement, which is the authority responsible for the World Scout Jamboree, to have condoms freely available in each health centre of the event for any participant that makes this request.

The spread of AIDS and other sexually transmitted infections (STIs) has led the World Organization of the Scout Movement (WOSM) to coordinate with UNAIDS, UNICEF, the World Health Organisation and the UNFPA to create educational programmes for the emotional and sexual education of young people. These programmes integrate both the emotional development of youth, boys and girls, and the prevention of risks related to sexually transmitted infections. The presence of Scouting in a number of countries particularly affected by STIs has led these National Scout Organizations to include this issue in their educational programmes as well.

We reached out to WSOM about the articles attempting to connect the decades old policy to the Boy Scouts of American recent decision to include girls and were told that these two decisions were in no way related. WSOM also clarified that condoms are not "distributed directly to participants" but are available at the health center:

WOSM is committed to offer a safe space for all participants during World Scout Events. While condoms are not distributed directly to participants at activities during World Scout Jamboree, condoms are still made available as part of the youth-friendly services offered at the health centre and in line with the international best practices recommended by the United Nations. WOSM advises at the beginning of the event the organisers and delegation leaders of all health services provided to participants at the centre. In accordance with WOSM’s guidelines and in line with the best international health practices as recommended by the United Nations specialised agencies, WOSM makes condoms available in each health centre of the event for any participant that makes this request.

The policy on condoms started in 2002 and is not connected to the Boy Scouts of America’s decision to open all its educational programmes to young women.

Vice Chairperson of the World Scout Committee Andy Chapman confirmed to us that WSOM sets the guidelines for the Jamboree, and that the three host organizations of this year’s event —Scouts Canada, the Scout Association of Mexico, and the Boy Scouts of America — are working to implement the requirements in an appropriate manner. Chapman also noted that the WSOM policies take into account the concerns of a variety of countries, not just the United States:

Planning for the 2019 World Scout Jamboree is currently underway between the World Organization of Scout Movement (WOSM) and the three National Scout Organizations who are co-hosting the event - Scouts Canada, the Scout Association of Mexico and the Boy Scouts of America.

The 2019 World Scout Jamboree will focus Scouts from around the world on personal development, faith and beliefs, sustainability, adventure and other topics that cross cultural lines. Scouting's founder Lord Baden-Powell of Great Britain believed that bringing youth of the world together would help foster greater cultural awareness, acceptance and cooperation. The 2019 World Scout Jamboree is being planned with this spirit in mind.

The articles insinuating that the condom policy was new and somehow connected to Boy Scouts of America's decision to welcome girls into the organization were ignoring the fact that girls already make up a large portion of the global scouting community, and that they have for years been allowed to join the Scouts in a majority of countries (emphasis ours):

So, obvious question, but will there be girls at the 2019 World Scout Jamboree?

This is still a great question to ask because not only will there be girls at the 2019 WSJ, they will make up about half of all participants attending!

In recent years, more girls than boys have joined Scouting globally. If you are curious about how co-ed Scouting works, you have to see how the rest of the world does it. Of the 169 members of the World Organization of the Scouting Movement (WOSM), only fourteen countries have specifically boys-only Scouting. So that means that our co-hosts, Canada and Mexico, will be bringing tons of young women to the 2019 WSJ. Not to mention, almost every other nation across the globe will be joining them!

In fact, a group of girls were in attendance at the first World Scout Jamboree in London in 1920. The WSOM has officially accepted female members since the early 1970s, and the majority of scouting programs welcome both boys and girls:

This is definitely not the first time that girls will be attending the World Scout Jamboree. A patrol of girls was present at the 1st World Scout Jamboree that was held in London in 1920. In response, the Girl Guide Movement was established by Lord Baden-Powell as a “sister organisation” to Scouting. WOSM itself is made up of 169 National Scout Organizations, and has formally accepted female members since the early 1970s. The majority of these organisations now offer Scouting programmes that welcome both boys and girls, young men and young women.

In other words, 2018 headlines about condoms being the latest symptom of scouting decline are little more than warmed-over outrage clickbait.

Clarification [23 May 2018]: A previous version of this article said that WSOM's policy to provide condoms at the World Scout Jamboree was implemented in the 1990s. Although condoms were provided at events during this time, the official policy was not implemented until 2002.