Does a Vintage Advertisement Show Boy Eating a Stick of Butter?

An image purportedly showing a vintage advertisement for butter was created as a joke. 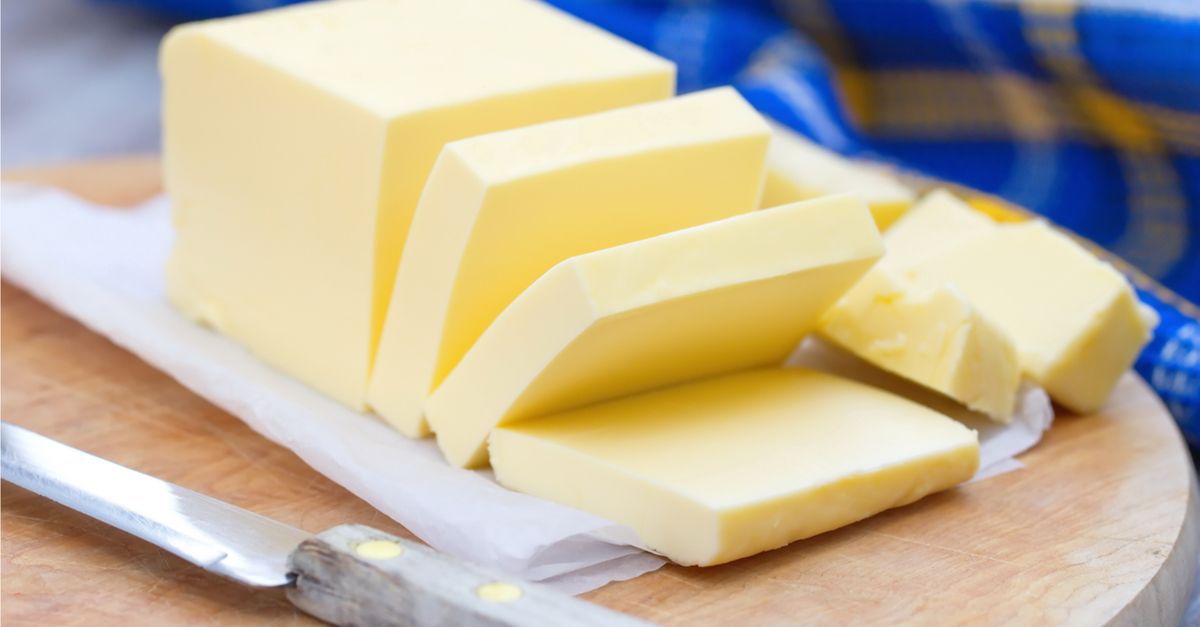 An image purportedly showing a vintage advertisement touting the benefits of butter and showing a young child about to consume a stick of that product with his fork has been circulating on the Internet for several years: This image was recirculated online in January 2017 after it was included in an Imgur gallery of vintage advertisements, which was shared along with the question "How did our parents and grandparents survive with advertising like this?"

The answer is that our grandparents' ability to survive was not affected by advertisements like this one, because this image is a modern creation and not a vintage ad. The earliest version of it we've managed to uncover was posted to the Tumblr page "Fake Science" in 2011.

Furthermore, the same boy can be seen striking an identical pose in a Shutterstock photograph that promoted a slightly different diet — it showed the child consuming a salad and was captioned: "Healthy child eating a balanced diet": Whoever created this "vintage" butter advertisement used the Shutterstock image as a base before doctoring it and adding text copy to it. Here's a side-by-side comparison of the two images: Updated [March 15, 2022]: Article was updated after an earlier version of this meme was found on the Tumblr page Fake Science.