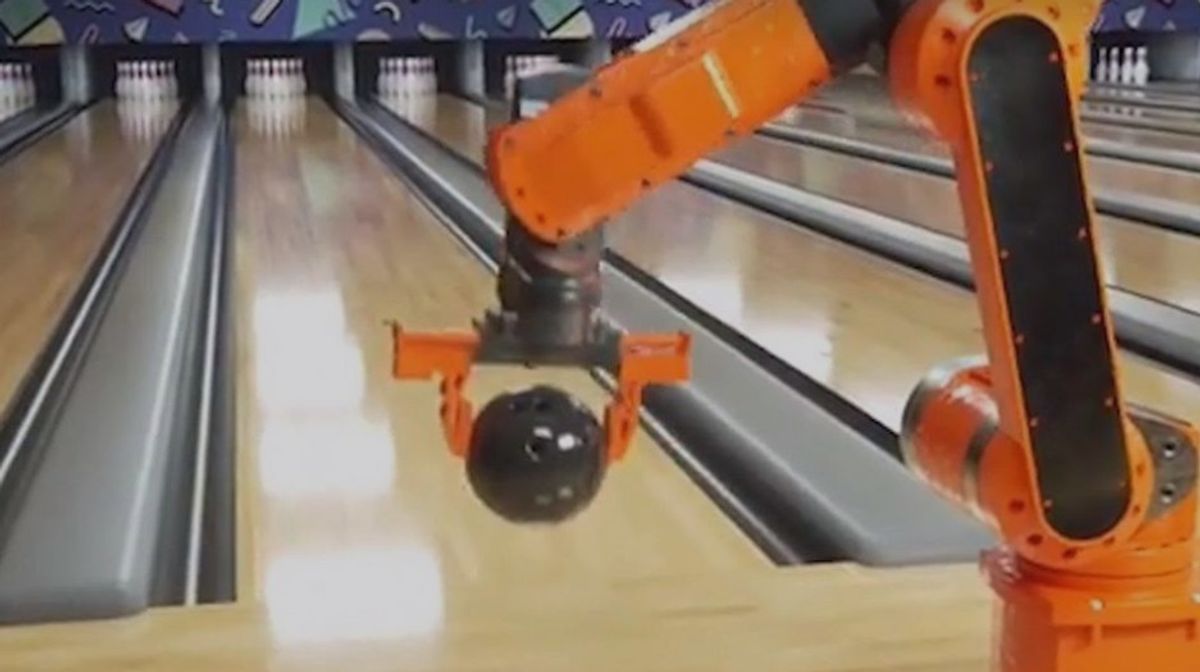 In July 2019, a viral video purportedly showing a bowling machine called "Bowlbot 5000" launching a bowling ball toward a set of pins went viral on social media:

While many social media users encountered this clips in posts presenting it as if it were a genuine video of a robotic bowler, this video actually shows a digital rendering created by Tom Coben.

Coben never offered this video as if it depicted something authentic. When he originally posted the clip to Twitter, he accompanied it with hashtags such as #3drender #digitalart and #cgi, but viewers continued to repost his work as if it captured the performance of a real bowling machine.

Coben also posted a second video giving viewers a "behind the scenes" look at how the Bowlbot 5000 was created:

A number of similar videos can be viewed on Coben's website and Instagram page, such as the following clip featuring the "BatBot 6000":

And before anyone asks: yes, this video also features a digital rendering.

The Bowlbot 5000 is not a real bowling robot. However, robotic bowlers do exist. The Equipment Specifications and Certifications team at the United States Bowling Congress uses a bowling robot name EARL (Enhanced Automated Robotic Launcher) to study the motion of bowling balls:

E.A.R.L. (Enhanced Automated Robotic Launcher) is designed to be able to consistently simulate any type of bowling style with an accuracy and consistency on the lanes that no human bowler can achieve. Those qualities make E.A.R.L. invaluable in the many studies necessary to keep up with the ever-changing bowling ball industry...

The main goal of the ball motion studies, started in 2005, is to gather data about the complex dynamics and inner motion characteristics of today's high-tech bowling balls. USBC is testing to determine how balls with different properties and characteristics act together, then use this and other information obtained in working with bowling ball manufacturers and other industry leaders to set performance-based specifications for bowling balls used in USBC-certified competition.