A photograph showing a man posing with a wild horse he killed in Australia using a bow and arrow is real, but the pictured activity is legal. 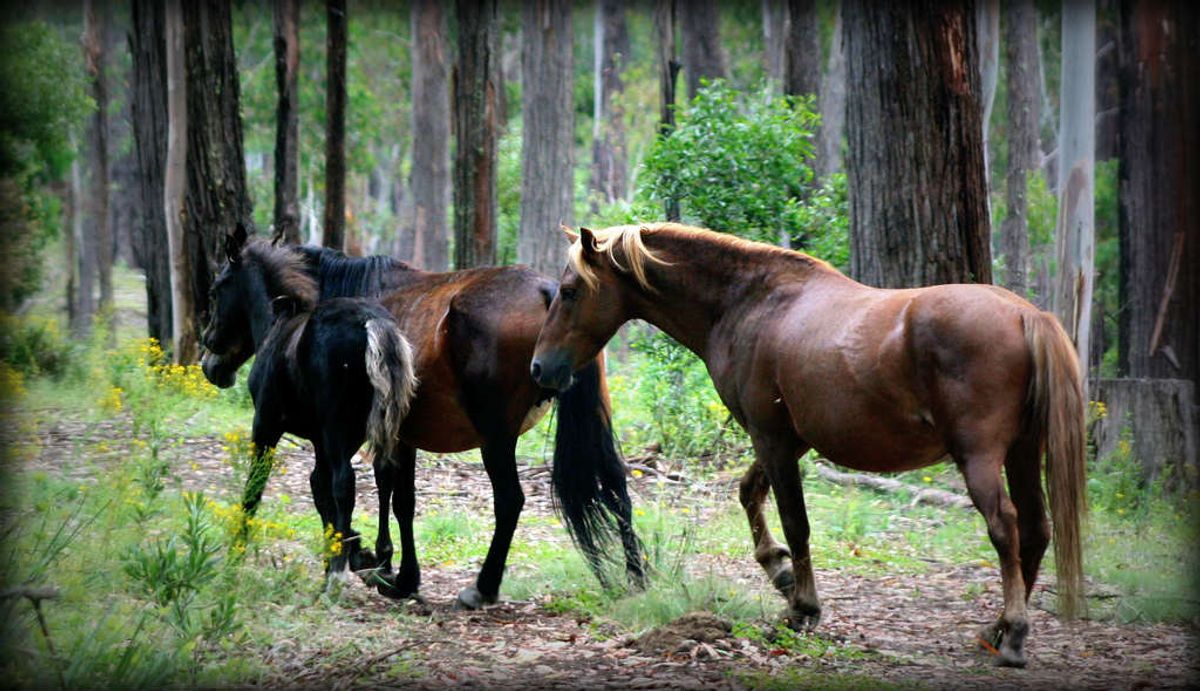 Claim:
A photograph shows a man posing with a horse he killed in Australia with a bow and arrow.
Rating:

In June 2016, a photograph purportedly showing a man posing with a horse he killed with a bow and arrow in Australia began circulating via social media: Although the photograph is frequently shared along with disparaging remarks about the hunter criticizing him for killing a wild horse, hunting brumbies (i.e., feral horses) is legal in Australia. In fact, the New South Wales government announced a plan in April 2016 to reduce the number of wild horses in Kosciusko National Park from 6,000 to 3,000 in the next five to ten years using a variety of "humane control methods," including ground shooting:

A plan to almost wipe out the Snowy Mountains brumby population over the next two decades has been released by the New South Wales Government today.

The draft Wild Horse Management plan for Kosciusko National Park aims to reduce the current number of wild horses in the national park area from 6,000 to approximately 3,000 in the next five to 10 years.

It then proposes to cut that figure to only 600 over the next 20 years.

Scientists have long campaigned for the removal of all brumbies from Australia's alpine areas, arguing they damage sensitive waterways and endanger native species.

Mr Speakman said a range of humane control methods including trapping, mustering, fertility control and ground shooting would be used to carry out the cull.

It's unclear whether the horse pictured above was killed in the Kosciusko National Park, as the image was shared to Photobucket with a caption that did not include mention of a specific location: