Was Suspected Boulder Shooter a Syrian Refugee Who Came to US via Obama-Era Asylum Program? 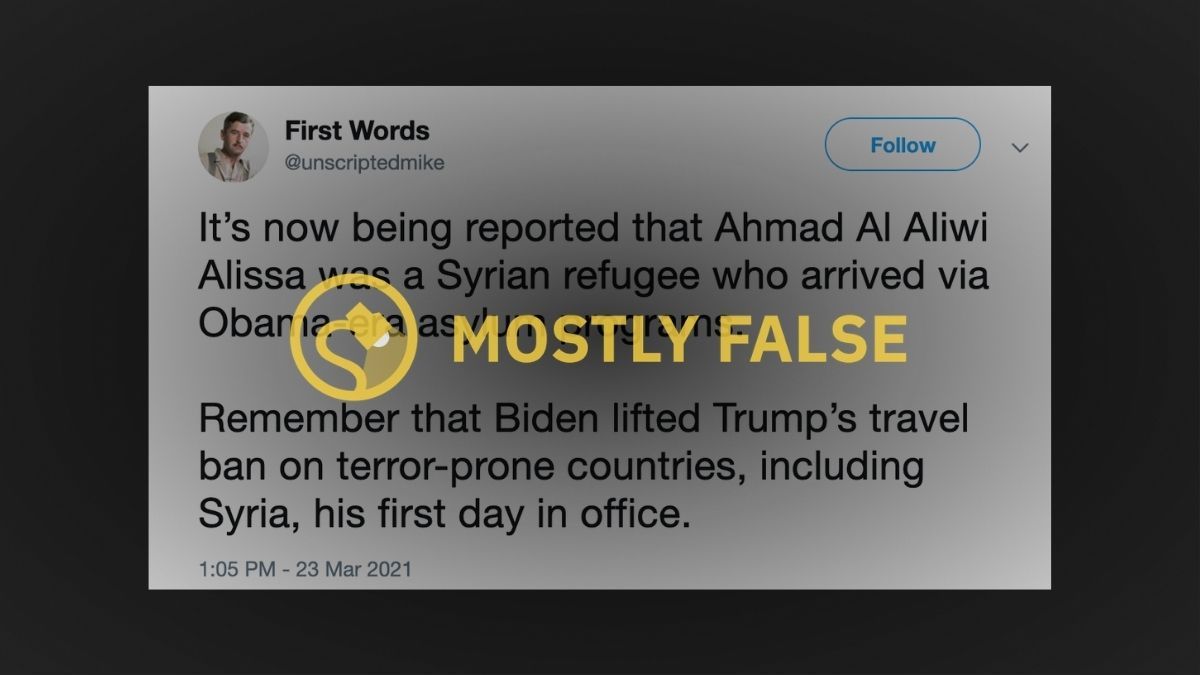 Claim:
Ahmad Al Aliwi Alissa, a man suspected of shooting and killing 10 people at a Colorado supermarket in March 2021, came to the U.S. as a Syrian refugee through asylum programs under former President Barack Obama.
Rating:

The Boulder shooting suspect was born in Syria in 1999, and emigrated with his family to the United States in 2002. However...

They did not move to the U.S. due to Obama-era asylum policies, as they arrived in 2002, many years before Obama became president.

We do not know the full details surrounding Alissa's family's emigration to the U.S. in 2002.

On March 22, 2021, a 21-year-old man allegedly opened fire at a crowded supermarket in Boulder, Colorado, killing 10 people. Rumors about Ahmad Al Aliwi Alissa, the suspected shooter, circulated on the internet in the aftermath, including one claiming he was a Syrian refugee who arrived in the United States thanks to asylum policies enacted by the administration of former Democratic U.S. President Barack Obama.

However, we learned that this was not the case. The alleged shooter was born in Syria, and his family emigrated from the city of Raqqa in Syria to the United States in 2002, according to The Washington Post and CNN.

Obama was elected president in 2008, and could not have implemented any asylum policies in 2002, which was during the administration of Republican President George W. Bush. Millions of refugees began leaving Syria in earnest during the onset of the civil war in 2011, around a decade after Alissa’s family emigrated.

Although Alissa was indeed born in Syria, we don’t know yet the exact circumstances in which Alissa’s family emigrated in 2002. We do know that they did not do so through an Obama-era asylum policy. We thus rate this claim as “Mostly False.”