Are Boston Public Schools Suspending Advanced Classes Because of Too Many White and Asian Students?

A few headlines missed the mark on this story. 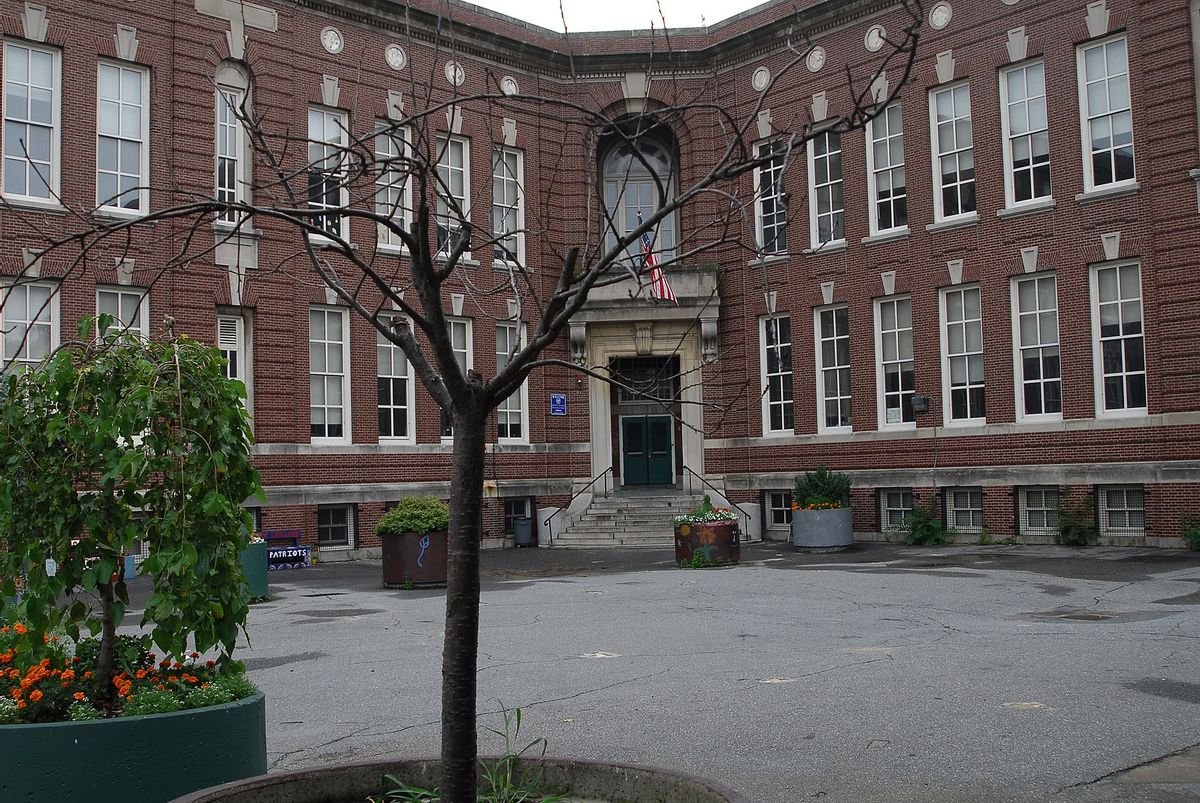 Claim:
Boston Public Schools administrators suspended Advanced Work Classes, a selective program for high-performing students, because of concerns over racial inequities as the majority of the students enrolled were white or Asian.
Rating:

In 2021, testing for enrollment into the Advanced Work Classes was suspended for one year because of the COVID-19 pandemic. School administrators also expressed concerns over racial inequities in the program, including the enrollment of majority white and Asian students.

However, the program itself was not suspended. Classes for currently enrolled students were continuing. The superintendent clarified that testing was suspended not because of racial inequities, but because the pandemic made it impossible to administer the test.

In late February 2021, Superintendent Brenda Cassellius announced that new admissions for Advanced Work Classes (AWC), a selective program for high-performing fourth-, fifth-, and sixth-graders in Boston Public Schools (BPS), would be suspended for one year. The change generated more dramatic headlines, though, after reports emerged of alleged racial inequities within AWC.

For example, a Daily Wire headline read, “Boston Public Schools Suspend Advanced Class Enrollment Test, Say Too Many Students In Them Are White Or Asian.” Many readers shared the story with us, asking if this suspension was on account of racial inequities and if the entire program was being suspended for the year. We learned that this was not entirely the case.

First, the program itself was not suspended, only testing for new admissions. Students already in the program would continue classes, but no new students would be admitted for the year. BPS issued a notice on its website, explaining it was unable to administer the test also referred to as TerraNova:

On February 3, 2021, in light of COVID-19 and disparate impacts on Boston Public Schools students, the Boston School Committee voted to temporarily pause the policy requiring admissions testing for the AWC program. Previously, a student’s eligibility for AWC was determined by their scores on the TerraNova assessment. BPS was unable to administer the TerraNova in 2020 due to the pandemic. [...]

For the 2021-2022 school year, five schools will offer AWC: Condon Elementary, Jackson/Mann K-8, Murphy K-8, Ohrenberger School, and Quincy Elementary School. The one-year pause will primarily impact the enrollment process for current 3rd grade students seeking entrance into the 4th grade AWC program. Current 4th and 5th grade students in an AWC program will continue in the program as they are promoted to the next grade.

BPS added that this was only a one-year change to the program. The district also released a proposal outlining key changes in the program, including: “Launch a working group to look at long-term recommendations in light of declining demand and enrollment and equity consideration.”

Students in the program are given the option to study subjects in more depth and are given more schoolwork than the traditional curriculum. The classes are available to all students who took the TerraNova test in the third grade and received a high score. Those students are placed in a lottery and the lottery winners are then invited to apply to the program.

The Daily Wire later updated its article with a correction: “This article has been revised to clarify that the admission test and new enrollments have been suspended but the program is being allowed to continue. It has also been updated to include the statement from Superintendent Brenda Cassellius provided to GBH after publication of its initial report.”

GBH News also posted a clarification: “This story’s headline has been updated to clarify that the school district is suspending the city-wide entry process for Advanced Work classes, but is not prohibiting schools from continuing the classes on their own.”

GBH News had initially reported that admissions for the program were being suspended on account of the COVID-19 pandemic and concerns about inequity. Following the story’s publication, Cassellius told GBH News that equity concerns were not the reason for the suspension of the test, but the pandemic made it impossible to administer the test. With that said, Cassellius’ initial remarks did acknowledge the troubling lack of diversity in the program. An analysis run by the district found that more than 70% of the students enrolled in the program were white or Asian, even though 80% of students in Boston’s public schools were Hispanic and Black.

“There's been a lot of inequities that have been brought to the light in the pandemic that we have to address," Cassellius told GBH News. "There's a lot of work we have to do in the district to be anti-racist and have policies where all of our students have a fair shot at an equitable and excellent education."

Given the clarifications issued by the superintendent and the corrections in the reporting around it, we rate this claim as “Mostly False.”