Was a U.S. Border Patrol Officer Killed by Attackers Armed with Rocks?

Questions remain about the November 2017 death of U.S. Border Patrol Officer Rogelio Martinez, but little evidence suggests he was killed by rock-wielding attackers. 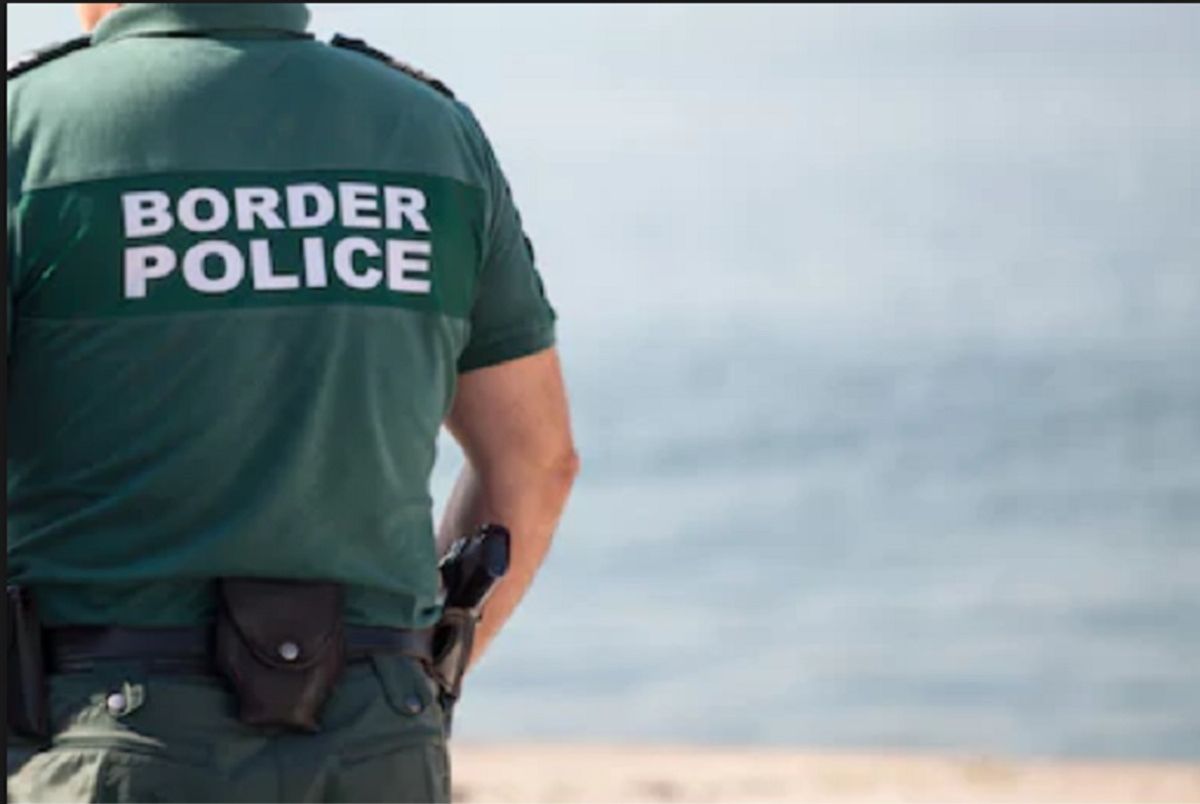 Claim:
A U.S. border patrol agent was killed by attackers using rocks near the border of the United States and Mexico.
Rating:

On 1 November 2018, in response to reports of a violent clash between members of a Central American caravan and Mexican authorities that involved the throwing of rocks, President Donald Trump suggested that the U.S. military troops along the U.S.-Mexican border would consider similar rock-throwing to be the equivalent of an attack with firearms:

[Trump] pointed to reports of a clash between authorities and the caravan as they moved across the Guatemalan border to Mexico. Mexico authorities said migrants attacked its agents with rocks, glass bottles and fireworks when they broke through a gate on the Mexican end but were pushed back, according to the Associated Press. It's unclear whether any Mexican authorities were injured but Guatemalan officers were hurt.

Trump said the U.S. military wouldn't accept bottles or stones being thrown at them.

President Trump later walked back his comment, but some social media commenters sought to justify his initial suggestion. For example, one Facebook user posted a photograph of a U.S. Border Patrol Officer who was purportedly "beaten to death with a rock":

PICTURED: Border Patrol agent, 36, killed by 'rock throwers' in ambush attack near US-Mexico border in Texas that also injured his partner.... So! Next time Trump says our Troops will protect themselves from rock throwers and they fuss & whine.... Show them this!

Authorities were searching Texas' Big Bend area for suspects and witnesses Monday after US Customs and Border Protection agent Rogelio Martinez was allegedly beaten to death with a rock while on patrol. The Border Patrol Officer in question, Rogelio Martinez, died in November 2017 while on patrol with a partner. President Trump (among others) was quick to assert that Martinez had been "killed" by human agents:

Border Patrol Officer killed at Southern Border, another badly hurt. We will seek out and bring to justice those responsible. We will, and must, build the Wall!

However, although the cause of Martinez's death has not yet been definitively determined, the evidence suggests that he died accidentally by falling down a culvert on a dark night, not from being "attacked" (as President Trump originally claimed) or deliberately killed with a thrown or wielded rock.

A CBS News report on the incident described the circumstances of Martinez's death as follows:

It all happened in the town of Van Horn – more than 100 miles from El Paso and about 30 miles from the border. Agent Martinez was found dead in November [2017] in a culvert located along a quiet interstate -- an area that looks like the middle of nowhere.

Martinez was responding to a tripped sensor along a known drug smuggling route. He radioed for backup. A law enforcement source tells CBS News Martinez then parked on the eastbound side of Interstate 10. He turned off his headlights and kept his emergency lights off so potential smugglers wouldn't see him coming.

It was a moonless night. There are no street lights there, so really the only light you have would be a flashlight, or the headlights of a passing vehicle. The source says Martinez was not using night vision equipment. He then ran across the eastbound lane, the grass divider, then the westbound lanes and ran right off the edge of a culvert -- about a nine or 10 foot drop -- that had no guardrail or barrier to stop him.

Agent Stephen Garland, who arrived after Martinez, may have made the same mistake, running across the interstate and right off the edge. The FBI suspects he fell off at a different point because his blood was found about 22 feet away from Martinez's body. A border patrol dispatcher was able to make contact with Garland after his fall. Despite his injuries, Garland was able to get back to his vehicle and turn on his emergency lights.

Culberson County Sheriff Oscar Carrillo, who was one of the first to respond to reports that Martinez and his partner were down, also told NPR that Martinez' death was likely an accident:

On the night of Nov. 18, [Carrillo] was one of the first-responders to a report of a Border Patrol agent down in a culvert — a drainage tunnel that runs under a roadway.

"This is the top of the culvert," Carrillo said, in a recent return visit to the site of the agent's death. "Agent Martinez was right there at the base, in the face-up position. And as you can see, it's pretty high."

The drop is about 10 feet onto hard ground.

The sheriff surmises that Agent Rogelio Martinez and his partner parked on the far side of the interstate to check something out, they ran across the freeway, and right off the top of the culvert.

"They just didn't see the drop-off," he said, pointing to the top of the cement tunnel. "You see, no guard railing, no reflectors, it's a dark night."

The FBI's own investigation of Martinez's death found no evidence proving or indicating he had been murdered or attacked by human agents:

On the night of November 18, 2017, in the vicinity of mile marker 151 and approximately 12 miles east of Van Horn, Texas, Border Patrol Agent Martinez and his partner were seriously injured while on-duty and conducting routine checks of culverts in the area. Agent Martinez later succumbed to his injuries. The FBI has the jurisdiction and responsibility for investigating any matter involving the suspected assault of a federal officer, and took the lead in the investigation on the morning of November 19, 2017. To date, this investigation has not conclusively determined how Agent Martinez and his partner ended up at the bottom of the culvert and no suspects have been linked to this incident.

This investigation has been the top priority of the El Paso FBI Field Office, and the FBI has aggressively pursued all logical leads and investigative avenues. As part of this effort, the FBI has investigated multiple theories, including whether the Border Patrol Agents were ambushed or attacked or whether their injuries were as a result of an accident or any other relevant criminal activity ...

To date none of the more than 650 interviews completed, locations searched, or evidence collected and analyzed have produced evidence that would support the existence of a scuffle, altercation, or attack on November 18, 2017.

The FBI had identified two persons of interest, but through forensic analysis both have been determined not to have had anything to do with the death of Agent Martinez and the injuries to his partner. Additionally, the El Paso County Medical Examiner has now released the autopsy report indicating blunt injuries of the head as the cause of death. The manner of death is undetermined.

When CBS News asked renowned forensic pathologist Dr. Michael Baden to review Martinez's autopsy, Dr. Baden noted that "This is all very typical for a fall, and not for a fight."

The exact cause of Rogelio Martinez's death may never be definitively determined, but the weight of evidence suggests his death was an accidental one, while little other than supposition supports the notion that he was killed by rock-wielding or rock-throwing attackers.

FBI.   "FBI El Paso Findings of the Investigation Into the Death of Border Patrol Agent."     7 February 2017.