Did Bono Say 'Donald Trump Is Destroying America, We Must Stop Him'?

Reports that the U2 frontman proclaimed during an interview that "Donald Trump is destroying America, [and] we must stop him" are fake news. 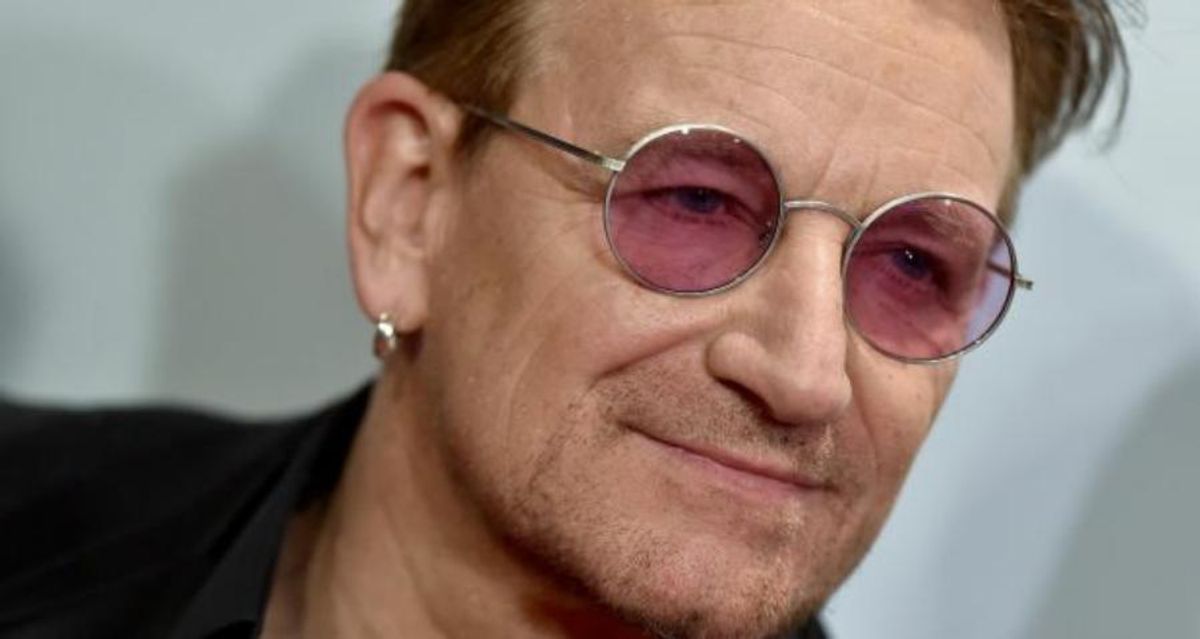 Claim:
During a 'Rolling Stone' interview, U2 singer Bono proclaimed that "Donald Trump is destroying America, [and] we must stop him."
Rating:

On 27 December 2017, Rolling Stone magazine published an interview with singer Bono, in which the U2 frontman discussed "the state of his band, the state of the world and what he learned from almost dying" along with subjects such as making streaming-friendly music, the refugee crisis in Europe, and how "music has gotten very girly."

A few days later, the web site Neon Nettle published an unusual take on that interview, reporting (under the subhead "Irish rocker of U2 colludes with elites remove president") that Bono had proclaimed "Donald Trump is destroying America, [and] we must stop him":

U2 frontman Bono has joined the long list of celebrities to bash Donald Trump in a painfully long Rolling Stone article this week when he highlighted Trump's criticism of the mainstream media in what he described as "the bleakest era since Nixon.

”Bono, who regularly rubs shoulders with elites like George Soros and Bill Clinton, claimed that fairness and equality were "not improving" under Trump.

The Irish rocker went on to say that the working class people of America's "innocence died when they elected Donald Trump" stating that a generation "growing up think that human spirit towards fairness and justice" was learning it might not be the case.

"Donald Trump is destroying America, we must stop him" he added. "He's destroying the America that I love, the country that allowed me to be involved in politics".

The Neon Nettle report was "unusual" because it was completely fabricated: Bono said nothing during his Rolling Stone interview about "colluding with elites" to remove President Trump from office, nor did he state that he believed "Donald Trump is destroying America." Bono was not specifically asked about, nor did he discuss, Trump at all during the course of his interview — interviewer Jann Wenner posed some broad questions about politics, to which Bono offered some oblique replies that indirectly referenced President Trump (without ever mentioning him by name), such as the following:

This is surely the bleakest era since Nixon. It surely undermines the very idea of America, what is going on now. And Republicans know it, Democrats know it – no one's coming off well here. We know some who should know better have tried to piggyback the man's celebrity to get stuff done. They will live to regret it. Before I went out against him in the primaries, I called a lot of Republican friends that I have and said, "I can't in all conscience be quiet as this hostile takeover of your party and perhaps the country happens." And I made the quote, and I still stand by it, "America is the greatest idea the world has ever had, and this is potentially the worst idea that has ever happened to it."

When the [2016] election happened and people intuited that something awful and something unprecedented was happening, there was a sense of grief. We had Brexit, so people in Europe are feeling this as well. And I thought, "This is melodrama." Why are people, rational people I know, feeling like they are grieving like someone just died? It is an election, and it will correct itself, whatever.

But then I realized that something had died. People's innocence had died. And a generation that had grown up thinking that the human spirit had a natural evolution toward fairness and justice was learning this might not be the case. My attitude was, "OK, good. Now it is time we wake up and realize we can't take any of this for granted." Big primates have been around a lot longer than democracy, and this dude who shall not be named – he is just a new manifestation of that big primate. We got shook. Even in Europe, people have forgotten what fascism did to them. Whether it was fascism described as Stalin or Mao in the state communism, whatever you want to call it. It is forgotten.

We are actually going back to the way we used to be. The new normal is the old normal. That is terrifying. The demonizing of "the other" has returned.

Neon Nettle also reported that "Back in January this year U2 announced in an interview that they were going on strike to protest Trump, by canceling their upcoming album release and tour until the President-elect resigns. Looks like that didn't work out." All of this was also false: U2 didn't "go on strike" in 2017, they continued to tour throughout the year, and they delayed (but didn't cancel) the release of their Songs of Experience album in order to address some recent political events occurring as the album was in production.

This misreporting was all to be expected, as Neon Nettle is part of a network of fake news sites that deals in invented stories and clickbait.