Are Indonesian Teens Drinking Boiled, Bloody Menstrual Pads to Get “High” in a “New Trend”?

Media outlets have taken a voyeuristic look at child poverty in the poorest parts of Indonesia and repackaged it as a viral “teens do dumb things to get high” story for clicks. 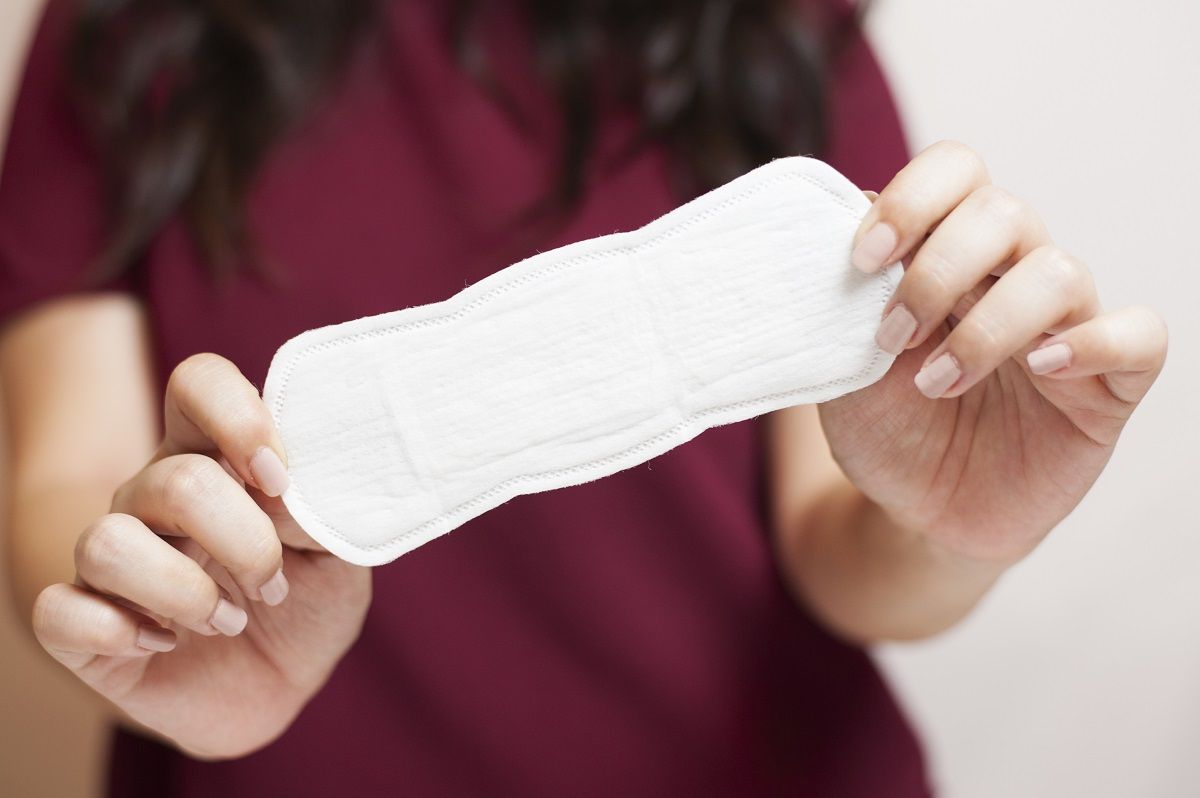 Claim:
Boiling menstrual pads and drinking the water to get “high” or “drunk” is an alarming new trend amongst Indonesian teens.
Rating:

Reports suggest of a small number of children in the the poorest parts of Indonesian regions such as Karawang, Belitung and Jogjakarta boiling sanitary pads into a liquid and drinking that liquid to experience some form of inebriation.

This activity is neither new nor a trend. Local officials tell us they do not encounter the practice often and that it has been documented going back to at least 2016.

It is unclear if soiled pads are actually used in this process.

Beginning on 9 November 2018, English-language news outlets began running stories about Indonesian teenagers using sanitary pads to get "high" or "drunk." “Indonesian Teens are Getting 'Drunk' Off Boiled Bloody Menstrual Pads,” read the headline to a story by Vice News that was later picked up by mega-viral outlets such as the Daily Mail and Mirror UK. The ‘teens do stupid things to get high’ genre of reporting, one of the most overused and obvious clickbait tropes in the digital world, is generally based on a low number of incidents being ginned up into an "alarming new trend" to create hysteria for traffic-driven revenue.

While this report ostensibly fits into that genre, the reality is that it is something a bit darker. This story involves a voyeuristic look at child poverty in the poorest parts of Indonesia and repackages it for viral clicks and ad revenue, offered by sensationalist outlets such as the Daily Mail:

Indonesian teenagers are using menstrual pads to get high by boiling the sanitary product and then drinking the water, local officials have warned. Both new and used sanitary pads are said to be obtained by young Indonesians looking for a cheap and legal way to get high. The chemicals in the sanitary pads give those who drink the resulting concoction a feeling of 'flying' and hallucinations, according to the Indonesian National Drug Agency (BNN). Several local newspapers, including the Jakarta Post, Jawa Pos and Pos Belitung, have reported about the worrying trend in recent weeks.

Are Indonesian Teens Actually Doing This?

The Daily Mail was correct in stating that “several local newspapers” in Indonesia had run stories in recent weeks about children boiling sanitary pads to get “drunk” or “high.” But each of those stories generally referenced the same people: Indra Dwi Purnomo, a Psychology Lecturer at the Catholic University of Soegijapranata (Unika) who specializes in drug abuse and addiction and works with poor children living on the streets; Sitty Hikmawatty, a commissioner for drugs and health with the Indonesian Committee on Child Protection; a spokesperson from the BNN (Indonesia's national anti-narcotics agency), and the 2016 account of a pseudonymous 14-year-old boy who described the pad boiling process to the Indonesian newspaper Pos Belitung, translated below:

Pos Belitung managed to find a user [of boiled sanitary pads who is a 14-year-old they called “Kujay”]. The teenager, who was still in junior high school, admitted that he knew that sanitary napkins could be intoxicating after being told by his friend in Tanjungpandan, Belitung. [He] explained how to mix the sanitary napkin [concoction].

The first step is, of course, buying goods. The average type of sanitary napkin used is [a brand with] wings. Then, after the wrapper is opened, the sanitary napkin is put into a pan filled with water and boiled for about an hour, [and] the cooking water is [allowed to cool]. Bandages are squeezed into the same container (pan), then [it's] ready to drink. "It's bitter" Kujay said.

“If used [for one person], one to five sheets [is needed] to [get] drunk,” Kujay is reported to have told Pos Belitung in a follow-up report the next day. Kujay’s two-year-old account was referenced several times in the 2018 round of reporting.

Vice News also cited the account of Sitty Hikmawatty, the commissioner for drugs and health with the Indonesian Committee on Child Protection, who said this practice was “already a few years old.” We spoke with Hikamawatty via Facebook Messenger to determine out how widespread this phenomenon was.

Hikamawatty told us that she and others had stumbled across cases like this while monitoring the behavior of what she described as street children, and that the practice is generally found in “slums” and “mining areas.” When we asked how often she had come across this sort of behavior, she told us “not too often,” adding that she and her colleagues began collaborating with a social worker to take the children into protection and rehabilitation programs.

Indra Dwi Purnomo, the psychology lecturer, had worked on these cases in collaboration with the BNN as well, and he told the Indonesian news outlet Java Pos that the average culprit came from a poor family, was under stress, and included children who wanted to “feel happy” but did not have any money and so engaged in experimentation.

Are Indonesian Teens Boiling Used Menstrual Pads to Get ‘Drunk’?

The more salacious aspect of this claim, that children are boiling soiled and bloody menstrual pads to get high, is harder to get a handle on. The claim appears to have been most confidently asserted by the Head of the National Narcotics Agency in Central Java Province, AKBP Suprinarto, who told Java Pos that “used sanitary napkins are soaked. The boiled water is drunk.” Purnomo, the psychology lecturer, told the Indonesian news outlet Detik that in past cases kids had used soiled pads for this purpose but seemed to indicate that might no longer be the case.

The only on-the-record, first-hand account of using sanitary pads for the purposes of inebriation that we are aware of is that of 14-year-old “Kujay” in 2016, who described the first step in the process as “buying” the pads. This would indicate that he made use of unsoiled pads. We have reached out to the psychology department for which Purnomo works and to BNN to get an interview, but we have not received a response from either yet.

Would This Process Actually Get One ‘High’ or ‘Drunk’?

We asked Sitty Hikmawatty from the Indonesian Committee on Child Protection what chemicals the children were after when they boiled sanitary pads, and she told us that it was the adsorbent gel. The exact ingredients used in sanitary pads are generally (and controversially) considered proprietary, so we can’t know with certainty which chemicals these children are exposing themselves to by drinking their boiled remains, but testing performed by the advocacy group Women’s Voices for the Earth has detected low concentrations of toxic chemicals with potential neurologic side effects in some brands, as reported by CNN in 2015:

When the group tested P&G's Always pads, it found the sanitary napkins emitted chemicals, like styrene, chloroethane and chloroform. The World Health Organization classifies styrene as a carcinogen. And the EPA says short-term exposure to high concentrations of chloromethane can have neurological effects.

The Centers for Disease Control and Prevention says high levels of exposure to chloroethane can result in lack of muscle coordination and unconsciousness. However, all the levels are acceptable under federal regulations. In a statement, Women's Voices for the Earth said, "While the levels of the toxic chemicals emitted by Always pads were relatively low, their presence warrants health concerns for women."

Presumably, however, such guidelines were not written to address the possibility that some people might boil these pads to concentrate and drink these chemicals. Testing undertaken by Indonesian Consumers Foundation in 2015 suggested that the majority of sanitary pads in Indonesia contained chlorine, the presence of which would be illegal in both Indonesia and the United States, and which when consumed or inhaled could also potentially cause some health problems, including blurred vision. In short, ingesting a slurry of unknown chemicals that may poison you could conceivably produce neurological side effects, but the exact mechanism is not entirely clear.

The phenomenon of Indonesian children (reportedly) using sanitary pads to get inebriated is a reflection of poverty in the poorest parts of Indonesia and is not, as has been repeated ad infinitum in the social media and clickbait echo chamber, a “trend.” It seems clear that some children have tried this, though all indications point to the practice's being fairly rare. It is unclear, however, whether soiled pads have been used in the boiling process, as stated in many headlines, but the desired effect allegedly comes from the chemicals used in the manufacturing process of the pads, so the use of soiled pads would merely be an even more extreme reflection of poverty.

All in all, the claim of a "new trend" among Indonesian teens getting "drunk" off of boiled bloody menstrual pads is a mixture of grim factual realities, exaggerations, speculations, and falsehoods.

Malm, Sara.   "Youths Are Boiling Sanitary Pads to Get High in Indonesia ... Creating Hallucinogenic Drink That Makes Them Feel as If They Are Flying, Officials Warn."     Daily Mail.   14 November 2018.